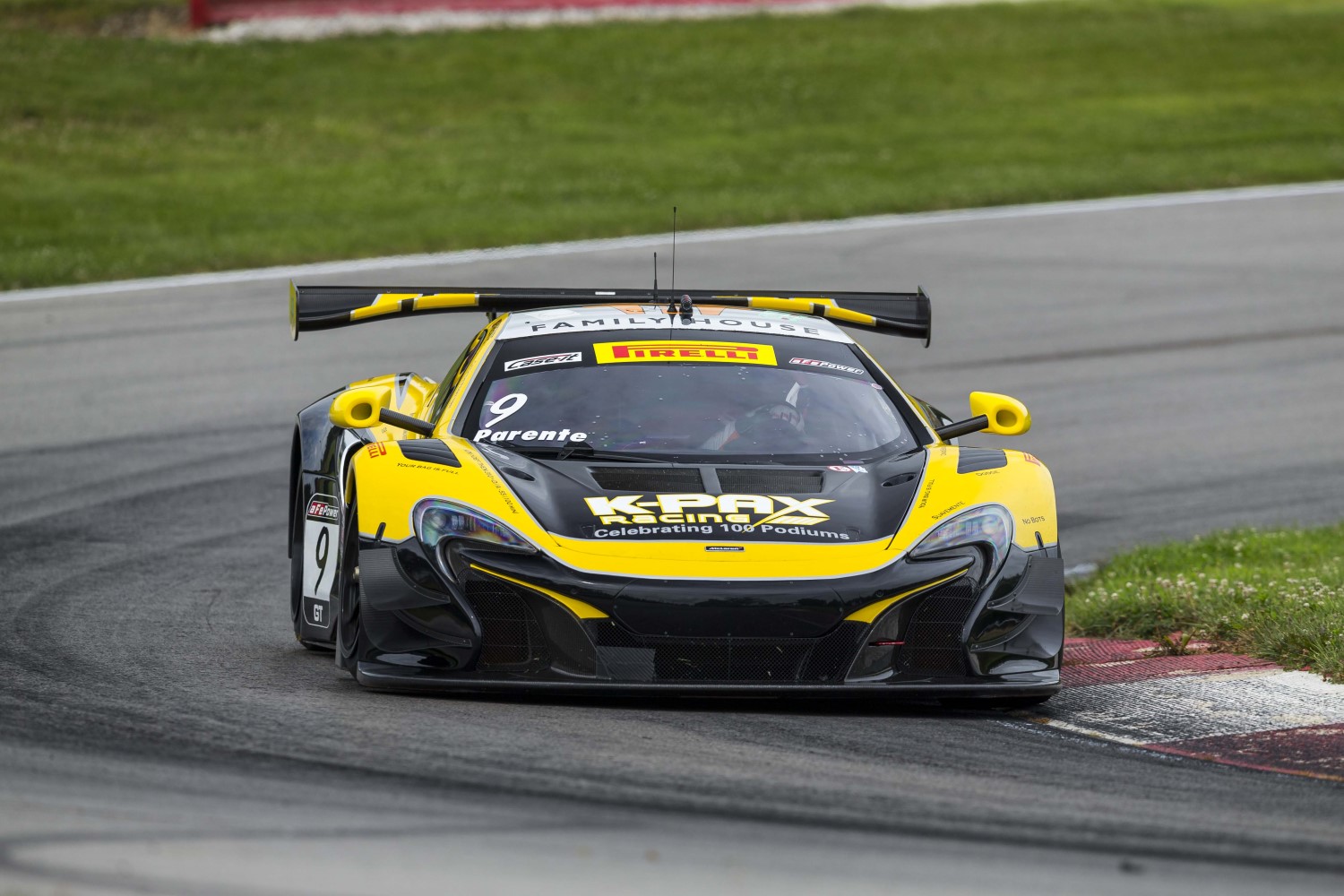 Parente, the 32-year-old factory McLaren driver from Portugal, diced back and forth with Cooper and O’Connell at the historic 2.258-mile, 13-turn road circuit in the later stages of the 20-minute qualifying round before taking his No. 9 black and yellow K-PAX Racing McLaren 650S sports car to the top spot with a one minute, 19.748-second (101.93 miles per hour) lap time.

Parente returns to Mid-Ohio after winning one of the GT Sprint races last year in his debut at the Ohio permanent road course as the former open-wheel star scored six wins and five poles en route to the coveted PWC GT point championship.

“It was definitely a very tough qualifying session," said Parente. “I thought when I did the 1:20.0 that it would have been pole, that we could have held off for the seven minutes. But, it wasn’t the case. We came in, lowered pressures, did a little bit of a different strategy, went back out and the car was working well on the track. We improved a little bit and it was really cool to get those last two quick laps at the end."

With one minute remaining in qualifying Friday, Cooper, the 28-year-old Syosset, N.Y., racer, jumped to the top of the charts in his No. 8 Cadillac Racing Cadillac ATS-V.R. with a lap of 1:19.841 (101.81 m.p.h.) and looked to be recording his first 2017 pole position. But Parente stole the show with just 24 seconds left in the 20-minute session.

Cooper, who won the other 50-minute GT Sprint event last year at Mid-Ohio in the PWC doubleheader, nipped his teammate O’Connell, the four-time PWC GT champion from Flowery Branch, Ga., who clocked a 1:19.945 (101.67 m.p.h.) in the No. 3 Cadillac Racing Cadillac ATS-V.R. just a minute prior to Cooper’s reading.

“That is probably the most intense qualifying session I have been involved in since I’ve been in GT," Cooper said. “Everyone was just getting faster and faster each lap. I had to hit the fuel reserve late in the session to get just one more lap in. I had to be careful not to cause a red flag by stopping on track. I laid the lap down and then had to go slow and stay out of everyone’s way on my ‘in’ lap. I think the race will be the same as the qualifying session – very close. The track will get faster every lap."

“We knew the laps at the end would be the best," O’Connell said. “We went light on fuel so we had a fixed number of laps. I was P1 for a while on my ‘in’ lap. Then by the time I got out of the car I am P3. That is ok. Everyone at Cadillac is doing a great job. Michael and I are still very much in the championship hunt. We dig deep on this team and execute. I think it will be very tight at the front tomorrow. It has been a long time since Parente has been at the front. The Porsche with Patrick Long and the Ferrari will be there as well. Hopefully this weekend will go our way."

Mid-Ohio double winner in GTA in 2016, Michael Schein of Glen Cove, N.Y., continued his impressive performances at the track by winning the GTA pole position Friday in his No. 16 Wright Motorsports Porsche 911 GT3 R sports car.

“We are definitely happy with the results," said Schein. “I'm not as happy with my performance, based on last year. Personally, I was one-second off of last year's time so we're kind of scratching our heads a bit there. But this place is a lot of fun. Thanks to the Wright Motorsports guys for fixing up my car after the incident at Road America. It's as good as new now.

This is a funny place. I think this track is the most reactive and sensitive to the rubber."

Taking the GT Cup pole position at Mid-Ohio Friday was Japan’s Yuki Harata with a 1:25.918 (94.61 m.p.h.) in the No. 55 Dream Racing Motorsports Lamborghini Huracan Trofeo.

Saturday’s Round 7 for the Pirelli World Challenge GT/GTA/GT Cup Sprint series will take place at Mid-Ohio 4:45 p.m. EDT and can be streamed live for free at www.motortrendondemand.com and www.world-challenge.com.