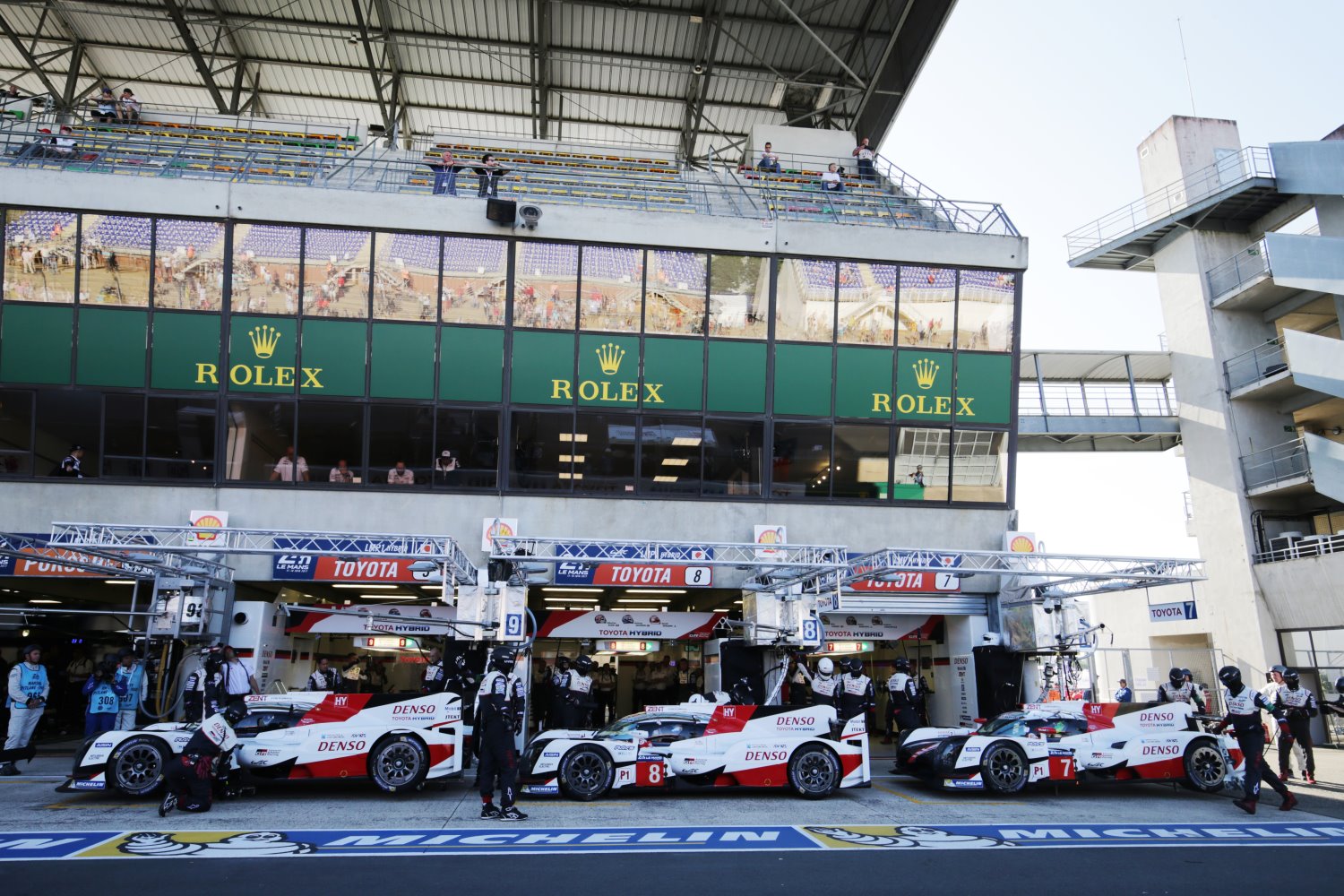 Toyota Motor Corporation President Akio Toyoda says he's "sad and disappointed" over Porsche's decision to withdraw from LMP1 competition at the end of the year, although admitted the battle is not yet over, with five races still remaining in the FIA World Endurance Championship season.

The two manufacturers have faced off in the WEC since Porsche's entry in 2014, which along with Audi until last year, produced numerous hard-fought battles on the track.

Porsche's exit has left Toyota as the lone remaining LMP1 manufacturer, casting questions over the future of the top prototype class, which is set to lose its World Manufacturer's Championship title next year.

"I felt that it was very unfortunate when I heard that Porsche decided to withdraw from the LMP1 category of the FIA World Endurance Championship," Toyoda said in a statement.

"At last year's 24 Hours of Le Mans race, we were honored that Porsche considered Toyota as a rival. It was a great battle as we fought against each other for victory.

"Looking toward this year's series, we aimed to rise to and even surpass Porsche's challenge. Those thoughts drove us to work harder and put forth our best efforts in realizing new technologies and skills.

"At this year's Le Mans, I again had the opportunity to meet and talk with Dr. Porsche. He told me that, much like us, his company participates in motorsport to enhance its production cars.

"As a carmaker that has been doing such for a very long time, Porsche deserves a great deal of respect.

"I feel very sad and disappointed that we will no longer be able to pit our technologies against such a company on the same battleground next year.

"However, the fight is not yet over. We will continue to battle with all our strength in the remaining five races of this year. Let's make it an amazing competition that will remain in the hearts of the teams as well as of the fans.

"I am full of gratitude to Porsche, but I will save my thanks for when the season is over.

At that time, I wonder which of us will be congratulating the other.

"Let's look forward to that moment as we continue to fight.

"To everyone at Porsche, we'll see you on the track!"

The Japanese manufacturer has yet to indicate whether Porsche's withdrawal could impact its commitment to the WEC, which is currently through the 2019 season.

It's believed Toyota could be waiting on a direction from the FIA and ACO over the category's future, with further news from series boss Gerard Neveu and ACO President Pierre Fillon expected at the next round in Mexico City in September. sportscar365