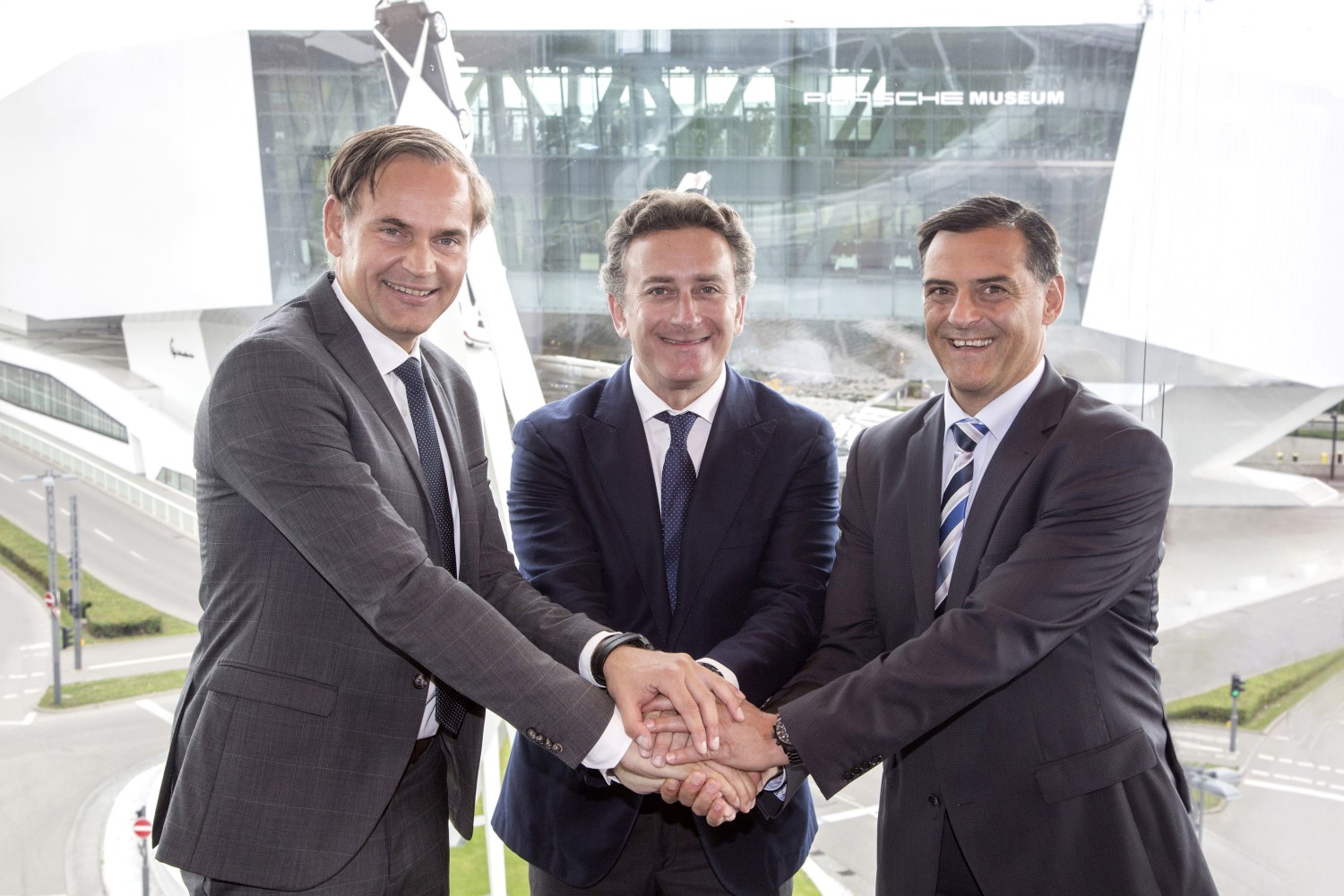 STUTTGART, GERMANY (July 28, 2017) – Porsche has today revealed plans for a factory-backed works team to compete in the all-electric FIA Formula E Championship starting in season six. As part of a new strategy and realignment of Porsche’s existing motorsport program, the German manufacturer has committed to join Formula E from the 2019/20 season.

Alejandro Agag, Founder & CEO of Formula E, said: “I’m delighted to welcome Porsche to the FIA Formula E Championship. If somebody told me when we started this project five years ago, that we’d be announcing a partnership with a brand like Porsche, I wouldn’t have believed it. To have a name like Porsche in Formula E, with all it represents in terms of racing and heritage – and in terms of sport cars – is an inflexion point in our quest to change the public perception about electric cars. The electric revolution continues, and Formula E remains the championship for that revolution."

FIA President Jean Todt, added: “Porsche is a brand which has a fantastic history in motorsport, and its intention to join the FIA Formula E Championship alongside so many of the world’s biggest car manufacturers is very positive. It’s clear that the hard work done to create a relevant laboratory for developing electric vehicle technologies has been successful, and I look forward to seeing Formula E continue to be a place of great sporting competition as well as innovation. I’m very happy that Porsche is coming to Formula E, but I regret their decision to leave the World Endurance Championship."

“Entering Formula E and achieving success in this category are the logical outcomes of our Mission E road car program. The growing freedom for in-house technology developments makes Formula E attractive to us," added Michael Steiner, Member of the Executive Board for Research and Development at Porsche AG. “Porsche is working with alternative, innovative drive concepts. For us, Formula E is the ultimate competitive environment for driving forward the development of high-performance vehicles in areas such as environmental friendliness, efficiency and sustainability."

Porsche joins an impressive list of manufacturers already involved in the series – including prestigious names like Mercedes-Benz, who also recently announced its intentions to enter the championship in the same season. With the introduction of both Porsche and Mercedes, season six would see the number of teams increase to 12.

From season five, Formula E will no longer require two cars per driver and the potential of a mid-race car change. Each team will compete with two cars from the 2018/19 season onwards, instead of the current four, as a clear testament of the advancement in battery technology. New-look futuristic cars will also debut in season five and will incorporate new electric technology to allow for a single car to complete a full race distance.

To follow the latest news and information, visit – www.fiaformulae.com