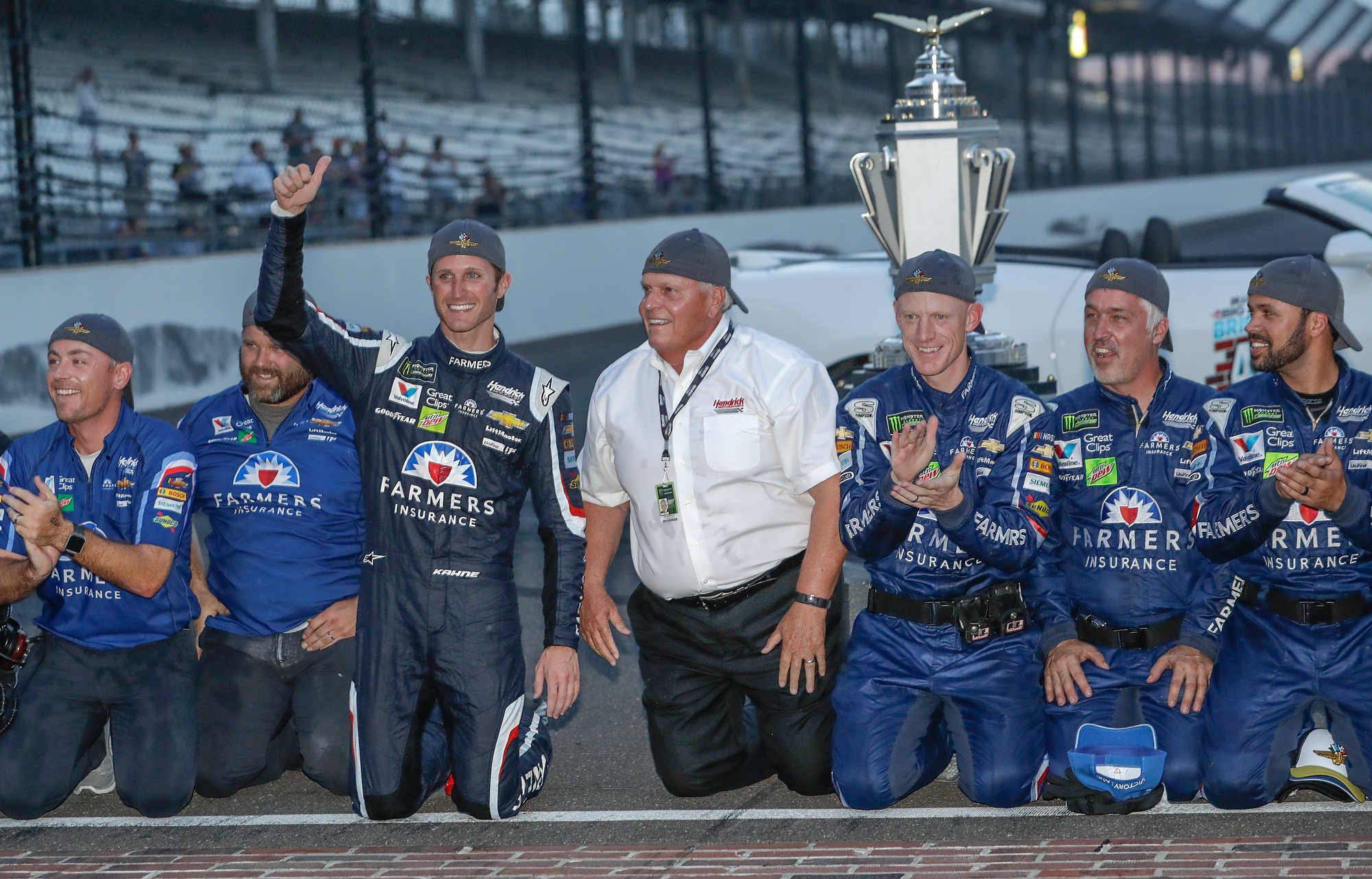 Below are excerpts from Kahne’s interview with co-hosts Shannon Spake and Adam Alexander and driver analyst Regan Smith.

On what a 102-race winless drought can do to a driver’s confidence:

Kahne: “I think it makes it tough. To not win in a long time has to make it difficult to have the confidence you need to win – the confidence you need to beat Martin Truex, Kyle Larson, these guys who – Jimmie Johnson – who are winning and they’re carrying that with them, and so is their team. So, I think, to finally get that win. It has been a while – we got it. That helps every one of us on the team and it’s only going to make us stronger the last 16 races."

On what the win has done to quiet down some of the noise about his future at Hendrick Motorsports:

Kahne: “Yeah, I think it’s hard not to hear that noise. It’s part of going to the race track. We’re in a pretty small little world that we live in. I think the win only helps. It shows that I still have a lot of determination, a lot of passion, and want to win and can win. On my side, I think it helps that and it also helps our entire team, like I was saying a minute ago. Hopefully, that keeps us rolling, keeps some good things going on and we can have a great rest of the season."

On missing his son, Tanner, during the victory celebration at Indianapolis Motor Speedway and the experience of seeing him the next day:

Kahne: “It felt great the next day. At the time, I just thought about Tanner, like, ‘Man, I wish he was here. I would do pictures. He would get to enjoy this because it’s not often you get in Victory Lane, so it would be so cool to have him here.’ When he got out of Sam’s car the next morning, he just ran straight to me, got to me, gave me a hug and then shot to the garage to the golf cart. He was pretty excited. I Facetimed him on my way to kiss the bricks. We were talking, he was still seeing me on TV, and he was kind of confused. It was a neat moment."

On the range of emotions late in the Brickyard 400:

Kahne: “And then the final one (moment) – now Brad (Keselowski) is the leader and the speedy-dry and everything is all over the track getting into 1. When I went through there, I kind of went back and forth with the car and felt like the track was clean, it had good grip. I don’t think it affected it all. It felt good. I knew from that point on, it was – how do I not spin my tires at all and if I can do that, use Brad, stay close to Brad and not have to block Denny (Hamlin) to the inside because then that screws up my entry into 1. That was my whole thing – I needed to clear him off turn 1 if I want to make sure I win the Brickyard."