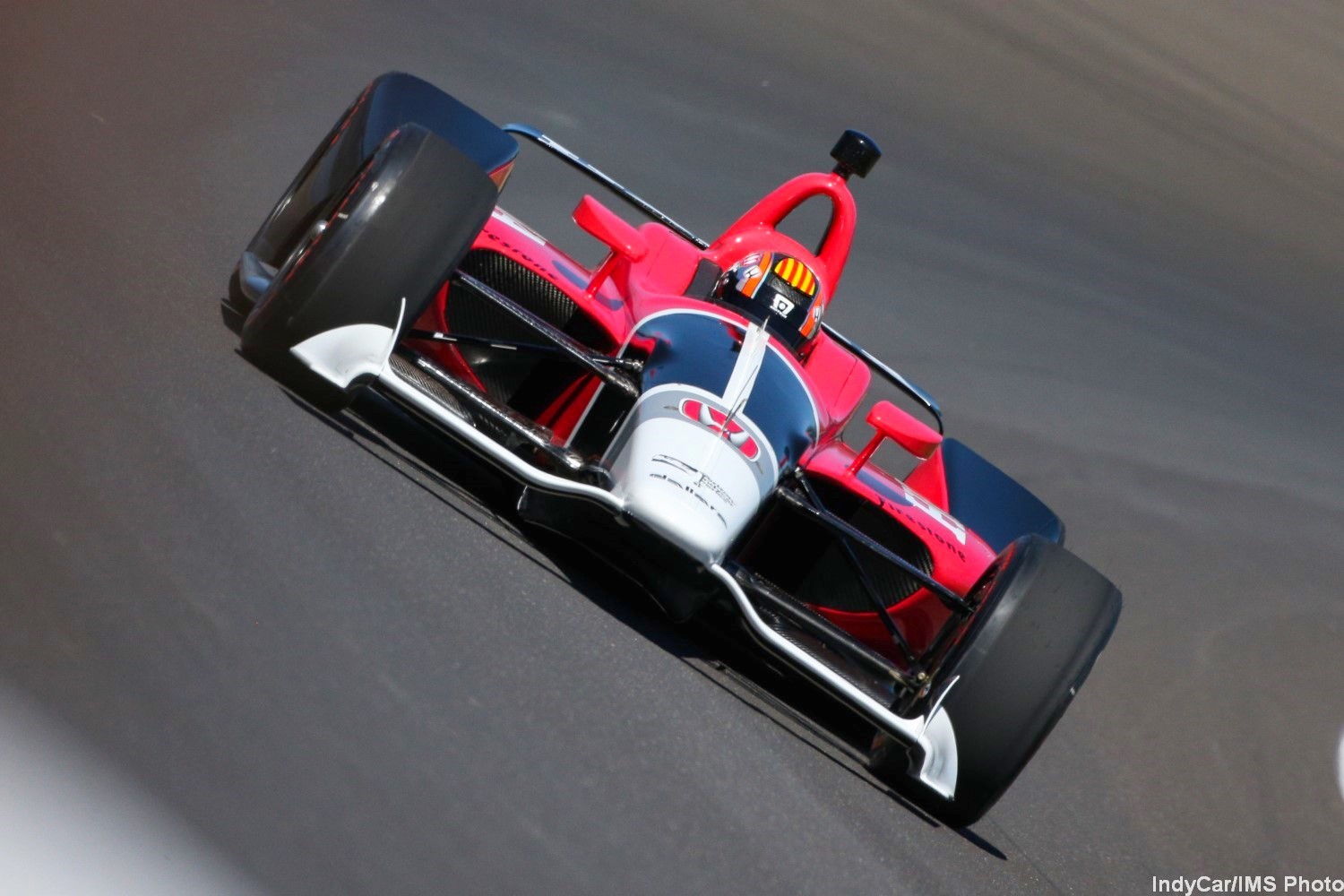 UPDATE Testing of the new IndyCar chassis ended here in Indianapolis at 5 pm as scheduled. Bill Pappas, IndyCar's Vice President of Competition and Race Engineering, commented that designing the new car was like having a child. The project started at Dallara in Italy last November when an IndyCar team went to Italy with their sketches of what they wanted the new car to look like. And this was the first actual test drive on a race track. Pappas commented on his favorite moments of the project.

"The car running. That was what we all wanted. We had a few electrical glitches early in the morning. We got past that issue and both drivers put in 60 laps or more today. Both drivers seemed to feel the car is comfortable. We will continue with the road course exercise and carry on with our testing."

"Dallara did a great job of helping us with the design. You hold your breath until the first competitive laps are run and you listen to the drivers' feedback. I think that race thing that we looked at in our studies will really keep IndyCar be the best racing in the world."

We asked why the two cars did not do any side by side racing or passing on the track today. Pappas replied "Risk versus reward. We only have two cars. If one guy spills an engine and takes both cars out, it would not be worth it."

Jay Frye, IndyCar's President of competition and operations, added his thoughts on today's successful test session. "I think today played out exactly like we were hoping it would. It played out how the data said it would. The drivers and teams did a great job. We were scheduled to come back here tomorrow if we needed to be. We are not coming back so that is a good sign."

"For production pieces to be sent in the last couple of weeks, bolted together, put on the cars and here we go run is pretty spectacular. That it came out of the box like it did today. That is exactly what we hoped for."

The new cars are headed for the next test at Mid-Ohio on August 1st. Lucille Dust reporting live from Indianapolis

07/25/17 The new IndyCars have put more laps on this afternoon. Both the Chevrolet and the Honda have been out on the track, but not close to each other yet. I asked one of the Schmidt Petersen team members if we were going to see the two cars close together and he said that was not planned for today. Right now, they are both running on the track but they not close enough to see what the effect of the air will be between them.

There is no official time keeping but we are estimating both drivers are going about 218 to 219 MPH.

Dallara has a team of people here, watching their new product and monitoring the results.

We talked with Scott Goodyear, IndyCar commentator for ESPN, who was walking around in the pits watching the new chassis. 'I like the look and especially the sound of the new car", Goodyear commented to me.

07/25/17 It is a sunny day here at the famed Indianapolis Motor Speedway. Great day for the first test of the new 2018 IndyCar. I was not in attendance early this morning but when I arrived around lunchtime, I was told the new cars only had put in about 10 laps all morning.

We talked with Oriol Servia, the Spaniard that is testing the Honda-powered chassis,who was smiling ear to ear. "I like the new car." He promised to talk with us after the day is done.

The blue Chevrolet-Powered chassis driven by the two time Indy 500 winner, Juan Pablo Montoya, took to the track and did quite a few laps by himself before Servia joined him on the track.

We will keep you posted on the testing as the afternoon progresses.