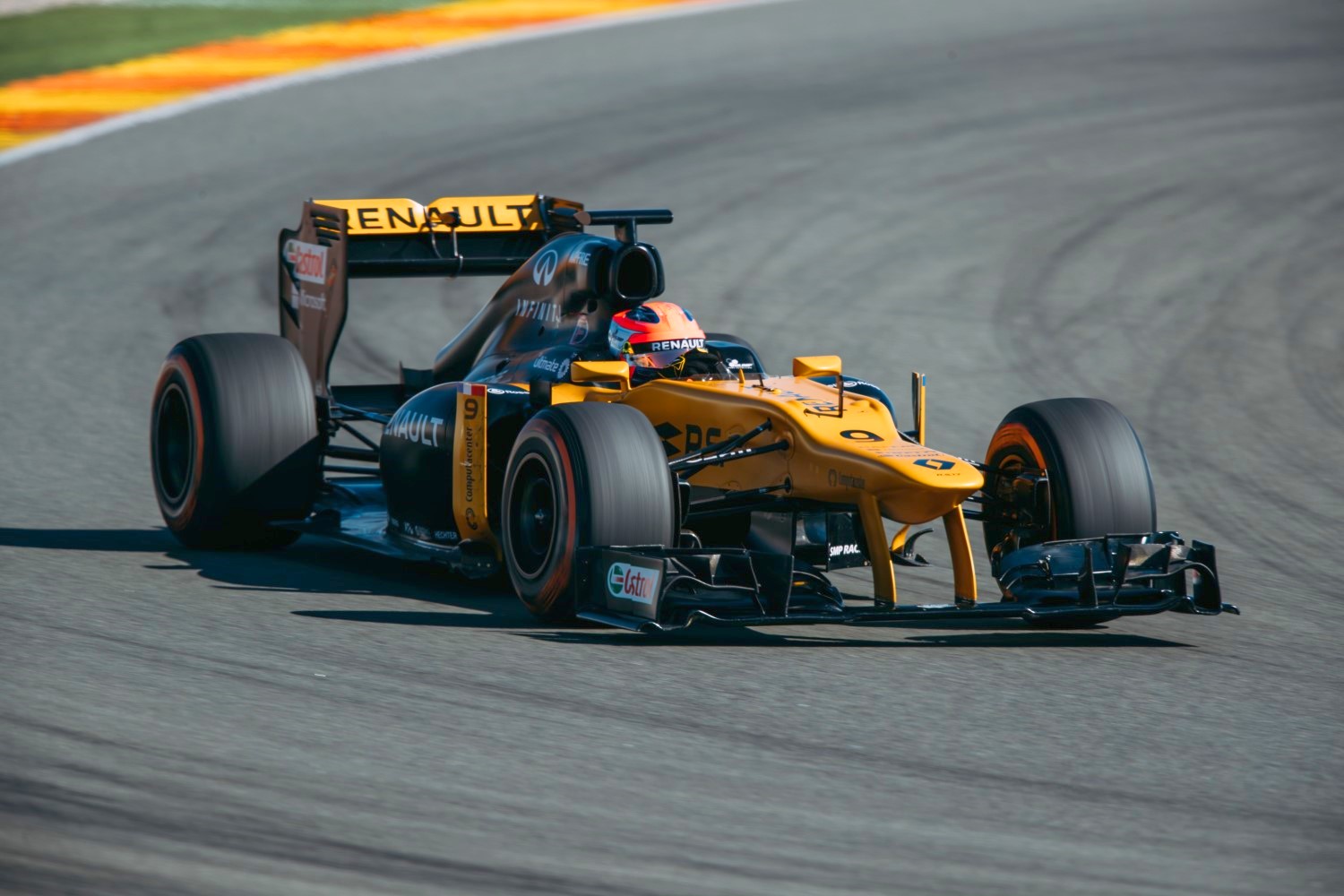 Amid intense speculation about the former race winner's potential return, Renault has now confirmed that 32-year-old Kubica will drive the 2017 car in the post-Hungarian GP test.

Bild newspaper says it is possible Kubica will replace Jolyon Palmer as soon as Spa after the August break, while even team boss Cyril Abiteboul admits the Budapest test is to see if Kubica can "return to competition in upcoming years".

However, there is no doubt that movement in the former BMW and Renault driver's right arm is severely limited in the wake of his 2011 horror rally crash.

But F1 race director Charlie Whiting said the path is clear for Kubica to return.

"Like any other driver, Robert has his A-license from the national association. The licensing also includes a medical check," he told Auto Motor und Sport.

Renault has adapted the steering wheel of Kubica's car to facilitate the changing of gears with his left hand only, but Whiting said there will be no dispensation from the mandatory cockpit exit test.

To be cleared to even test an F1 car, a driver must demonstrate that he can get out of the cockpit in an emergency in 5 seconds.

"There will not be any special regulations for Kubica," Whiting clarified.

(GMM) Nico Hulkenberg thinks Hungary is the perfect venue for Robert Kubica to step up his campaign to return to formula one.

Pole Kubica has already tested a 2012 car at Valencia and Paul Ricard, but Renault has now announced that the 32-year-old will drive the current car in the post-Hungarian GP test.

It has raised expectations of a sensational return to the grid for the former BMW and Renault driver, perhaps even as soon as Spa after the August break, to fever pitch.

And Nico Hulkenberg, the current Renault racer, thinks Budapest's Hungaroring is the perfect venue for Kubica to put the pedal to the metal.

"The Hungaroring is one of the most strenuous tracks, because there is only one straight on which to relax," the German told Auto Motor und Sport.

"After the race weekend there's a lot of rubber on the track too, which means maximum grip. Anyone who passes that test can also drive a grand prix," Hulkenberg said.

A report in Bild newspaper said Renault's "secret plan" is for Kubica to impress in Hungary and then "replace the struggling Jolyon Palmer at Spa on August 27".

(GMM) F1 owner Liberty Media has closed the door on an offer to allow teams to buy into the sport.

In January, the company's president Greg Maffei said $400 million in shares had been set aside because it is "important to offer the teams the chance to invest in F1 and further align our interests".

However, a top team source said the offer was "not very attractive" without voting rights, and Liberty Media has now confirmed that no team took up the opportunity.

"While the window for this particular investment opportunity has passed, we are pleased with the collaborative discussions we are having with the teams," said F1 CEO Chase Carey.

"These discussions will take time, but we appreciate their receptivity towards further aligning our incentives for the long term benefit of the sport," he added.

Fernando Alonso is optimistic that McLaren-Honda can enjoy a "trouble-free weekend" at the Hungarian Grand Prix, in order to grab points at a venue where less emphasis is placed on the importance of the power unit.

The partnership has struggled for reliability and performance this season, though has made progress at recent events, with Stoffel Vandoorne finishing within sight of the top 10 in Britain, having qualified ninth.

Alonso, meanwhile, retired from the race due to a loss of power, having started from the back of the grid following a multitude of engine-related penalties.

Amid McLaren-Honda's troubles, Alonso finished fifth in Hungary in 2015 and seventh last year, and hopes to challenge for the top 10 again this season.

"On paper, the Hungaroring presents one of the best opportunities for us this year," he said.

"The short, twisty circuit means we are less reliant on outright power, and the drivers have to really depend on the capabilities of the chassis to get the best out of the lap.

"The important thing for us, as always, is reliability. Even if our car could perform better in Hungary, we need to have a trouble-free weekend to take advantage of every opportunity for points.

"We made some big decisions in Silverstone in terms of taking grid penalties in preparation for this race, and hope that's paid off so we can put ourselves in the best possible position for points this weekend."

Vandoorne also expressed confidence over his and McLaren's potential at the twisty venue.

"Although we've been a bit unlucky, I feel that my performances have been consistent and improving race-by-race," he commented.

"I've been working hard with the engineers and I feel confident in the car – my weekends are coming together better now in the first part of the season and as a team we are progressing every weekend.

"We have to be patient, keep working hard, and I hope to see the reward for our efforts paying off soon."

Haas has confirmed that development driver Santino Ferrucci will carry out running during both in-season test days at the Hungaroring next week.

Ferrucci joined Haas as its development driver last March and made his test bow at Silverstone, conducting both days of mid-season running for the squad.

Ferrucci, 19, has been drafted in to complete the test days once more, and will receive his first taste of the VF-17 at the Hungarian venue.

The American holds 14th place in GP3, having remained with DAMS for a second campaign.

WILLIAMS MARTINI RACING is pleased to announce that F2 driver Luca Ghiotto will make his Formula One debut with the team at next month’s young driver test in Hungary on 1-2 August.

The 22-year-old will split driving duties with Felipe Massa at the two-day test, which immediately follows the Hungarian Grand Prix.

2015 GP3 runner-up, Luca, has been a regular front-runner in this year’s FIA Formula 2 Championship, finishing all but one race inside the top 10. He became a GP2 race-winner in his rookie season last year before the series was rebranded for 2017. He is currently fifth in the Drivers’ Championship with three podium finishes.

The young Italian achieved five wins in the 2015 GP3 Series, breaking the record for the number of pole positions and fastest laps in a season, but narrowly missed out on the title to Esteban Ocon, after losing out to the Frenchman at the final race of the season.

Speaking about next month’s test, Luca said, “A big thanks to Williams for this opportunity. I think the first F1 test for any driver is a special moment, and to do it with such an historic team is even better so I’m really excited. Of course, I also need to focus on the F2 weekend beforehand, but I’m really looking forward to the test and I really hope it goes well."

Claire Williams, Deputy Team Principal, commented, “This will be Luca's first opportunity of a Formula One outing. Our team has a strong track record for developing young talent, and we always enjoy seeing young drivers getting opportunities to demonstrate their ability. I look forward to seeing how he performs in the car next month."

Force India's Sergio Perez is hopeful that his and the team's strong form this season will enable him to change his sub-par record at the Hungarian Grand Prix.

Perez has taken points only once in Hungary, while competing for McLaren in 2013, and finished 11th in last year's race, having retired from the event in 2014 and 2015.

Perez has secured top 10 finishes in 18 of the 20 Grands Prix since last year's Hungarian encounter, and is optimistic of capturing a strong result this weekend.

"You always want a good result before you break up because it's a long wait until you get back in the car," said Perez.

"For whatever reason the Hungaroring hasn't been kind to me for the last few years so it's time to put that right.

"I think we can be quick in Budapest. We have been competitive on every type of track this year so there's nothing to worry about in Hungary.

"I like the twisty layout of the track – which reminds me of a street circuit – and when you find your rhythm it's very enjoyable to drive there.

"Overtaking isn't easy so you've got to deliver in qualifying or you know it's going to be a tough race on Sunday, [meaning] track position is so important."

Perez, who holds seventh place in the standings, emphasized his belief that he is performing at his highest level this year.

"It's been a satisfying first half of the year," he commented.

"I'm proud of the team and the work we have done to improve our car. I also feel I'm performing at my best and driving well.

"I have big hopes for the second half of the year and I feel we have the potential to get some very good results."