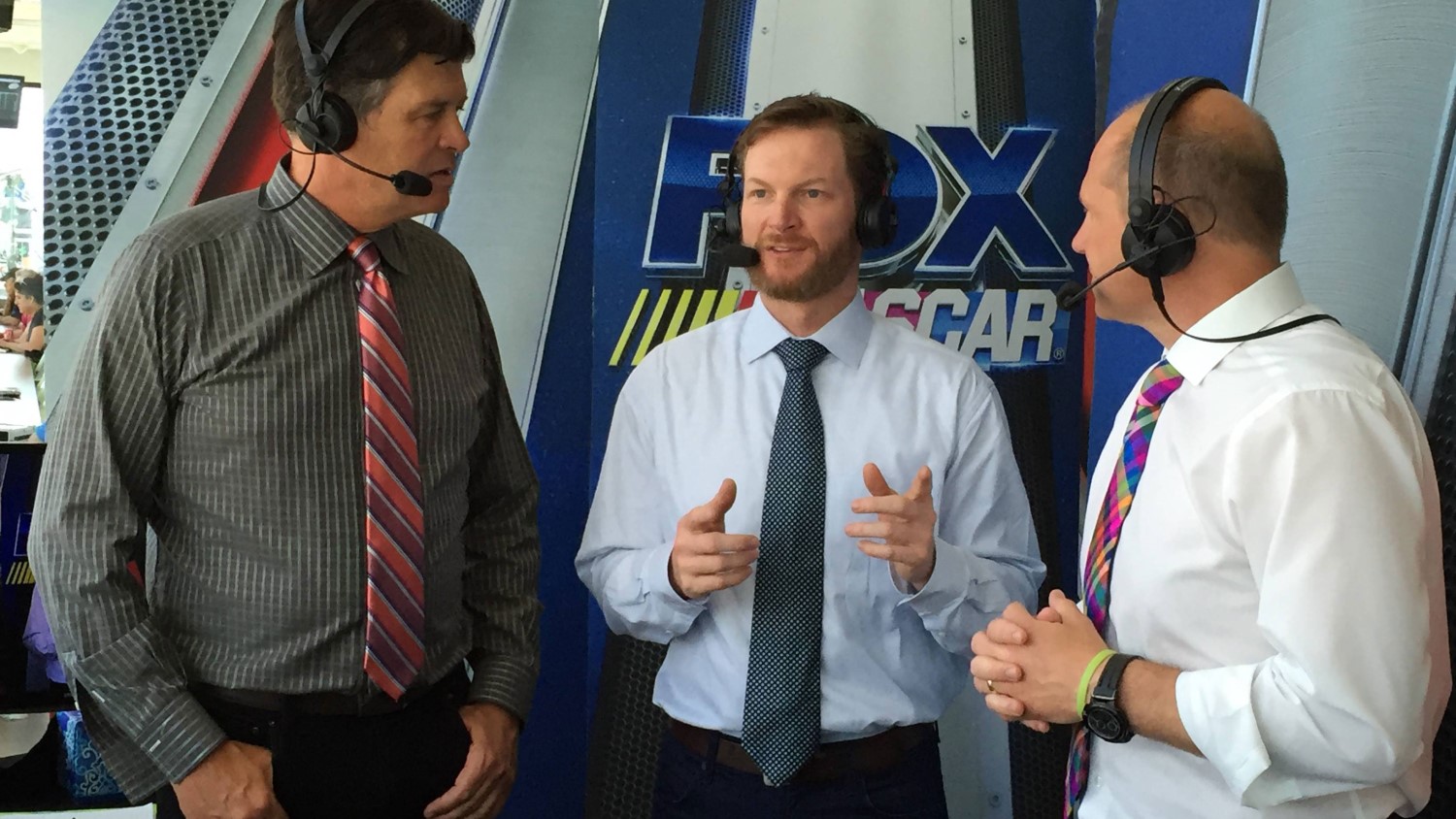 NBC won the Dale Earnhardt Jr. sweepstakes, as the popular NASCAR driver signed a multiyear on-air deal with the net that takes effect in January, sources said. NBC is expected to make a formal announcement on the hire later this morning writes Adam Stern & John Ourand of Sports Business Daily.

Earnhardt will become a mainstay on NBC’s NASCAR coverage; the net carries the second half of NASCAR’s Monster Energy and Xfinity series seasons through ‘24. Earnhardt also will contribute to other parts of NBC’s programming outside of racing. It is possible that Earnhardt, a noted Redskins fan, could be worked into the net’s NFL or even Olympics coverage.

NBC has not decided how it will use Earnhardt in ’18. The net’s first NASCAR race is around a year away, and execs feel they have time to figure out the best way to insert him into its telecasts. Earnhardt also will be a big part of NBC’s coverage for the rest of this season, something NBC had planned well before the driver signed with the company. Earnhardt signed to WME for representation right around the time he announced his retirement, and the agency was able to assist on the broadcast talks alongside Earnhardt’s in-house team. Adam Stern & John Ourand of Sports Business Daily