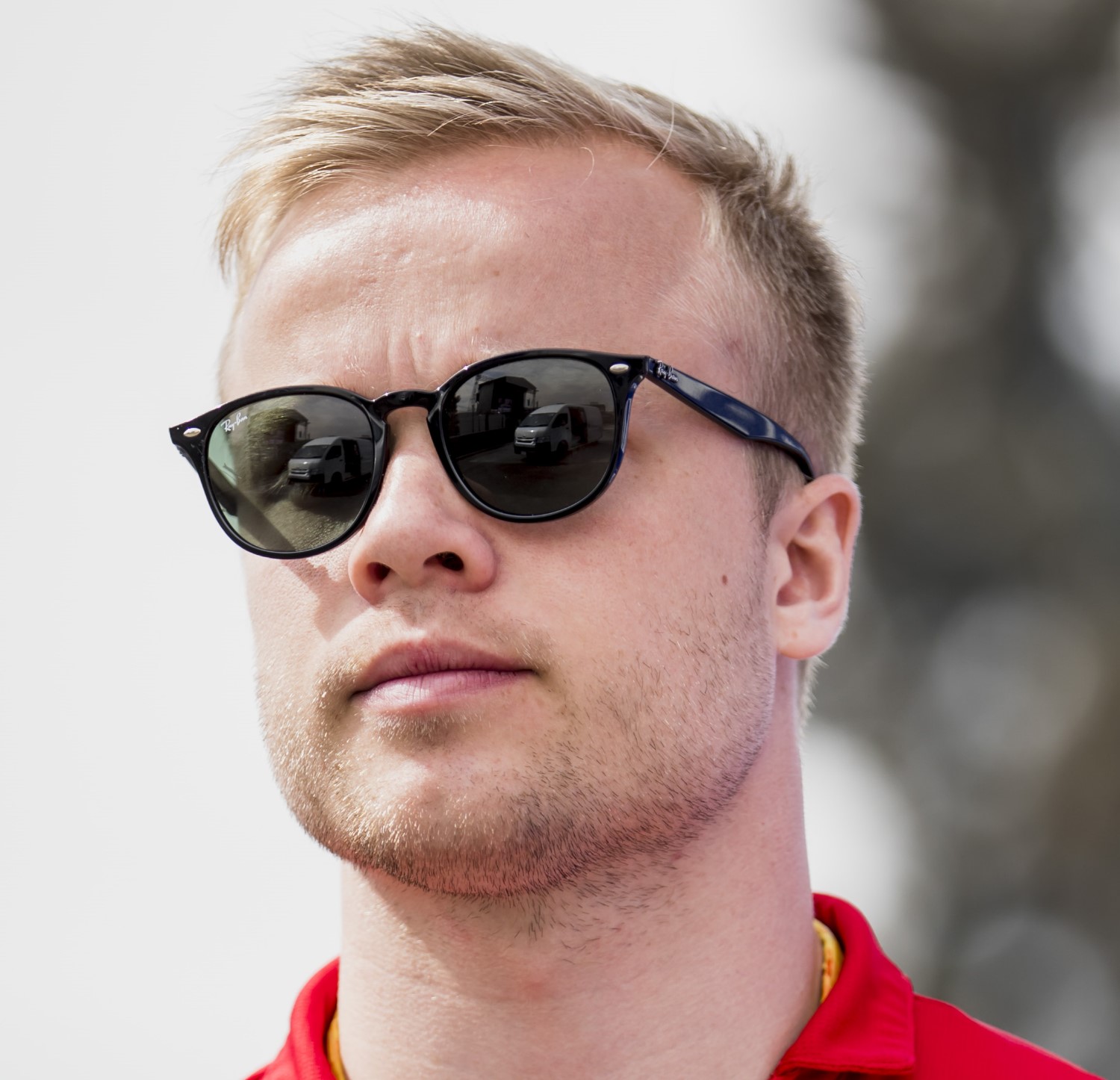 UPDATE "He'd never been to Mid-Ohio until he tested for us last year, we were lucky to have him again this year, and I wish there was a way he could find himself a home here because he deserves a ride in IndyCar," Ganassi Racing Director Mike Hull said.

"He can read the car, feel the tires, read the track, and he adapts himself as they degrade. And he understands the penalty of driving too hard, which is rare for a driver his age. He's one of those guys who, under pressure, can get it done."

Asked if he could be in the frame for a position alongside Dixon in the future, Hull pointed to CGR's limited number of fully-funded cars in its Honda-powered stable.

"At one time in IndyCar racing, everybody was flush with cash and you always hired the best talent," he said. "If this were 1997, he's be in somebody's car already."

Before Tony George destroyed IndyCar racing by forming the IRL, CART IndyCar Racing was flush with sponsors. In 1997 George's destruction of the sport had not set in yet and IndyCar racing was booming under CART. But George brought his hammer to work every day and eventually destroyed CART and with it the greatest era of IndyCar Racing. Today IndyCar has perhaps 1/50th of the sponsorship money it had back then.

This will be Tony George's legacy. A legacy of destruction.

07/21/17 Felix Rosenqvist's test performance has been described as "flawless" by Scott Dixon's race engineer Chris Simmons, after the Swede tested the #9 Chip Ganassi Racing entry at Mid-Ohio for a second time.

Simmons told David Malsher of Motorsport.com: "He was flawless, just like we expected after last year. He did more miles in less time than in last year's test, and there were no signs of fatigue.

"There weren't as many cars testing this year – just four others [two Dale Coyne Racing-Hondas, two AJ Foyt Racing-Chevrolets], whereas last year I think there were 17 cars. So it took quite a while for the track to rubber up, and I'm not sure it ever did get as good as last year. Mid-Ohio is kind of famous for that big difference between how it is at the start of the day to how it is at the end.

"So Felix's time was slower than last year but he was the quickest car in the morning by a fair margin."

Simmons said that despite his two tests being a year apart, Rosenqvist immediately identified the difference between the Honda engine and aerokit and the Chevy package that Ganassi ran last year.

"Yeah, it was like he never left!" said Simmons. "He could call the differences right away, got up to speed quickly and so we were able to start the test program with him really early on.

"So yeah – he's fast, smart, he had good pace on old tires too… cool, calm, collected. We couldn't ask for anything more, to be honest."

Although rookies' feedback is traditionally of limited use to veteran teammates in their first season together, Simmons believes Rosenqvist is at a level where he could contribute to overall team progress, and supply helpful information that four-time series champion Scott Dixon could trust.

"Yeah, absolutely he's there already," said Simmons. "We saw it last year, when we didn't know what to expect and had a test plan of, ‘If we can get through these things it would be great,' kinda thing. And we ended up doing three or four times more with him.

"So this year we went in with a longer list, and we got through that too. Felix's feedback is good, exactly what we've come to expect from him now. In the afternoon we repeated a couple of setup comparisons with Scott, and the two of them ended up just a damper setting apart, and considering the different track conditions, even that wasn't a surprise.

"You know, obviously it would take him time to figure out what his car needed to optimize it for each track, what it needs to feel like. But as far as reading changes and what they do and knowing what he wants out of the car, he's there already."

Simmons said that he believes that although Rosenqvist's potential on ovals is as yet unknown, he has the talent and the right mindset to adapt.

"I think he did only a couple of ovals in Indy Lights last year, but there have been other drivers who hadn't done any ovals at all and came in at this level and did pretty well – guys like [Juan Pablo] Montoya.

"So I think with Felix's calm demeanor and attitude and willingness to learn, it wouldn't take him too long to figure out the ovals.

"You never know how drivers will develop but his pace is excellent right now. We've only seen him in a test situation rather than over the course of a weekend, and we all know there's a lot more that goes into this than just being fast on test days.

"But Felix's pedigree and the races he's won over here and in Europe, we all know he's super-talented and personally I'd love to have him on the team. I think if he came to IndyCar, he'd be one of the top drivers in a relatively short period of time." David Malsher/Motorsport.com