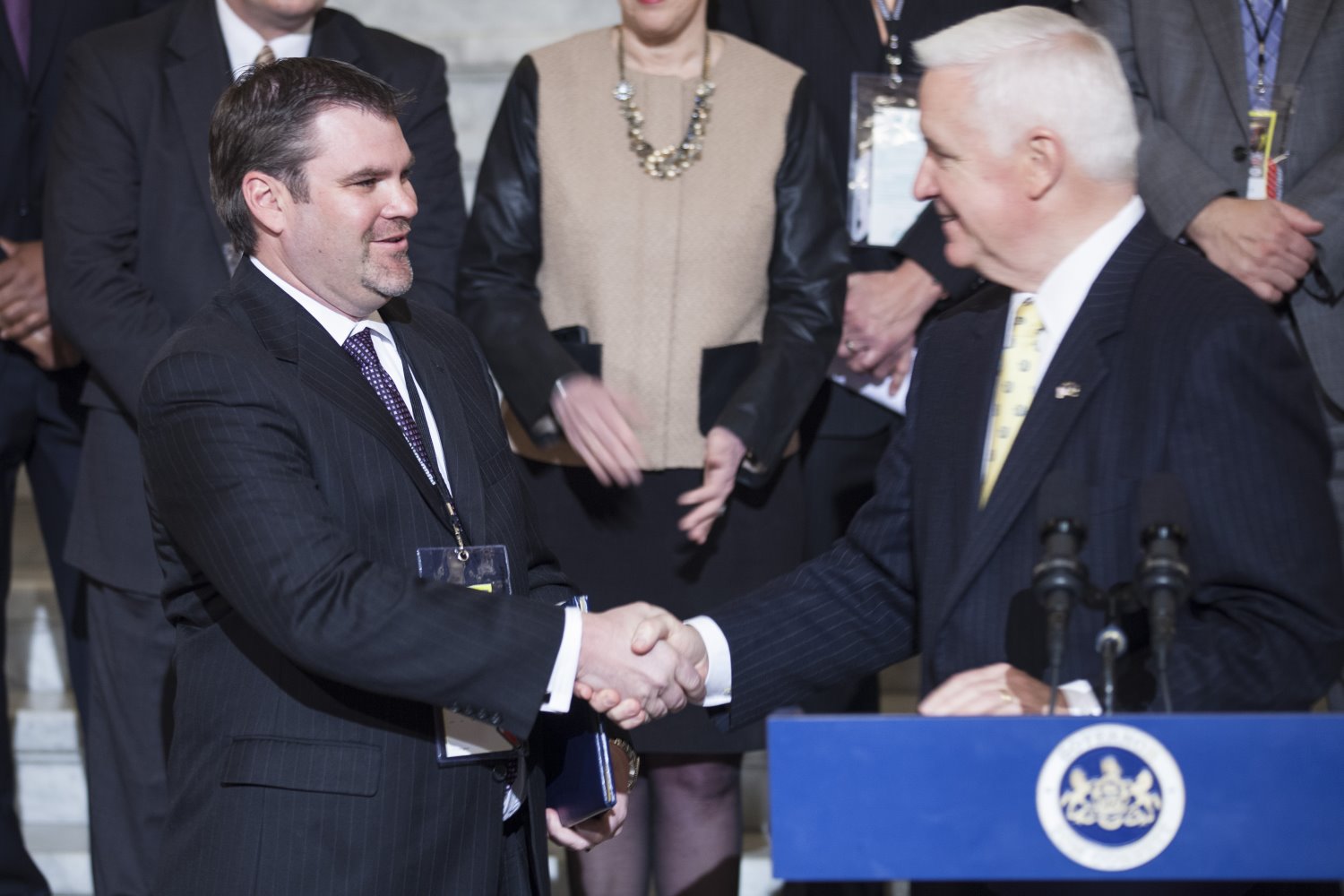 Igdalsky moves to NASCAR after taking the helm at Pocono Raceway in August 2011, replacing his grandfather, the late Dr. Joseph Mattioli. He will report to Executive Vice President and Chief Racing Development Officer Steve O’Donnell.

Igdalsky will operate out of NASCAR’s Daytona Beach office, supervising the team dedicated to working with track partners on a number of event-related initiatives.

“The work across the entire industry to help create the best live experience possible is extremely important to our industry’s initiatives," O’Donnell said in a statement. “We’re delighted that Brandon’s experience as a track president will further solidify the strong working relationships we have with our track partners as we continue to innovate the fan experience at track."

Nick Igdalsky, brother of Brandon, is Pocono Raceway’s newest CEO, with Ben May being named as president for the 2.5-mile Pennsylvania facility.

“I am very grateful and excited," Igdalsky, who previously served as Pocono Raceway’s COO, said in a statement. “I have observed every aspect of the operation here at Pocono Raceway, starting as a 13-year-old, and look forward to working with our incredible team. Our goals remain the same: to create exciting and lifelong experiences at a beautiful and sustainable facility and that will remain our focus."

07/18/17 Pocono Raceway President & CEO Brandon Igdalsky has resigned his position to pursue other opportunities effective July 14. Nick Igdalsky was elevated to Chief Executive Officer and Ben May was promoted to President, Pocono Raceway Chairman of the Board Looie Mattioli announced today.

“This is a great opportunity for Brandon and we are going to miss him," said Mattioli. “And we are excited for Nick and Ben. We have a tremendous team here at Pocono Raceway and we look forward to a seamless transition."

Nick Igdalsky, an accomplished race car driver with experience at several levels, held the role of Chief Operations Officer and Senior Vice President for the past 10 years while also overseeing South Boston Speedway. He is the third CEO in Pocono Raceway history.

“I am very grateful and excited," said Nick Igdalsky. “I have observed every aspect of the operation here at Pocono Raceway, starting as a 13 year old, and look forward to working with our incredible team. Our goals remain the same: to create exciting and lifelong experiences at a beautiful and sustainable facility and that will remain our focus."

At South Boston, Nick Igdalsky helped turn the facility into one of the nation’s premier short tracks. He played a large role in the design and implementation of South Boston’s recently completed million-dollar renovation.

Behind the wheel, Nick raced in the NASCAR Whelen All-American Series, SCCA Pro Racing, ARCA Racing Series and IMSA, providing unique access and experiences that he brings to his new role.

He took the lead in Pocono Raceway’s facility designs and changes and championed the upgrades of its expansive road course complex which now includes 22 courses. Rental capacity has increased more than one-third and there is now a waiting list for dates on the road courses.

Nick Igdalsky, a graduate of Elon University, also serves as the Executive Director of the Mattioli Foundation, the philanthropic arm of Pocono Raceway. He and his wife Brandy are the parents of two daughters, Payton and Kennedy.

May, a native of Greenville, N.C., has served as Chief Marketing Officer since 2014 and was elevated to President in this his 17th year working at Pocono Raceway. May began his career at Pocono Raceway with Mountain Concessions before adding more responsibilities as the Director of Trackside Sales in 2001. He was promoted to CMO three years ago where he oversaw partnership sales, marketing, communications, ticketing, military affairs, credentials and the fan experience.

May is actively involved in the community as well in his role as First Vice President and Secretary of the Board of Directors at the United Way of Monroe County. May is a graduate of Elon University and resides in Saylorsburg with his wife Cory and two children Nate and Claire.

Brandon Igdalsky was just the third president in Pocono Raceway history. He began working at the race track when he was 13 years old and performed nearly every job imaginable at the raceway that was founded by his grandparents, Dr. Joseph and Dr. Rose Mattioli.

His accomplishments were many at Pocono Raceway. Igdalsky spearheaded a move that made Pocono Raceway a global leader in renewable energy with the creation of the first Solar Farm at a motorsports facility. A host of enhancements have also been made to the racetrack under Igdalsky’s guidance. In 2010, he brought the NASCAR Camping World Truck Series to Pocono, the entire 2.5-mile race surface was repaved from the dirt up for the 2013 season, reintroduced INDYCAR racing to northeast Pennsylvania in 2013, more than 23,000-feet of SAFER Barrier has been added, catch fences have been upgraded, a multi-phase way-finding project was recently completed and in 2016, introduced the NASCAR Xfinity Series to Pocono fans.

Under Igdalsky’s leadership, Pocono Raceway remained and grew as one of Pennsylvania’s leading tourist attractions. A 2013 economic impact study conducted by East Stroudsburg University revealed the raceway’s impact on the Commonwealth of Pennsylvania to be $257,000,000.

Igdalsky helped secure state funding for a road widening project leading from Interstate 80 to Pocono Raceway to ease traffic congestion that is scheduled for completion in 2019/2020 as well as additional economic development dollars that includes the tunnel renovation project in 2014 that transformed the main entrance into the track.

“Pocono Raceway is in my blood and so are the Pocono Mountains," Brandon Igdalsky stated. “I may not have grown up here in NEPA, but I have grown to love the people and the area. The staff of Pocono is the best in the business and I wish them all the best, but the time and opportunity has come for me to move on. (My grandfather) Doc gave me the chance to learn, grow, lead and become the person and leader that I am today. If not for those hard lessons he showed me, I would not be where I am today and I am eternally grateful to him and my family for the chance to do what I do."

Igdalsky will continue to serve on the Mattioli Foundation Board and the family advisory committee that serves to strengthen the tradition of philanthropy his grandparents started.

Tickets for all races are now on sale at poconoraceway.com or by calling 1-800-RACEWAY.