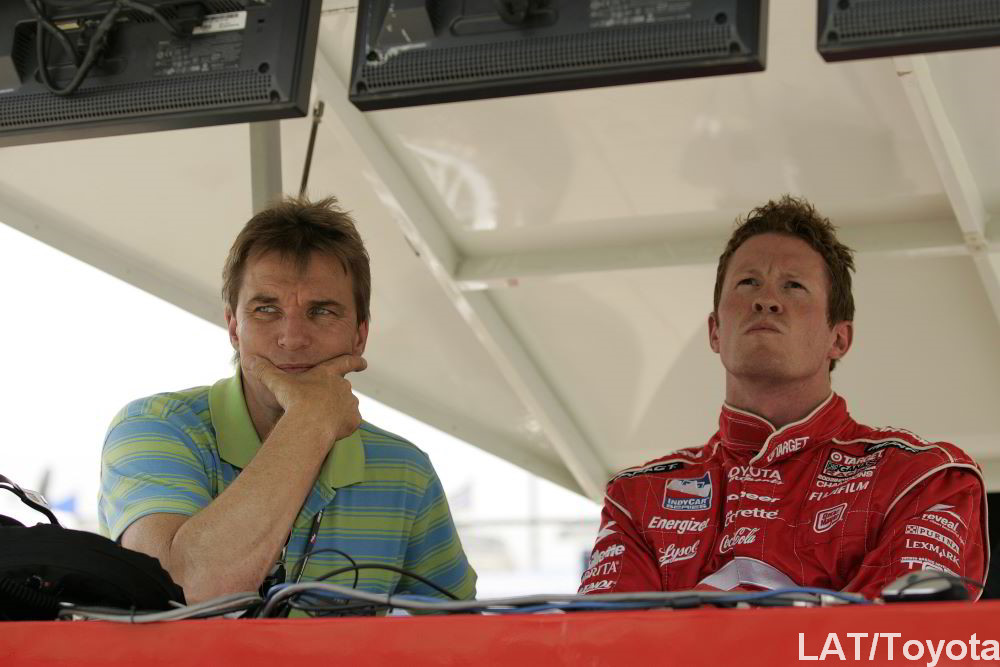 UPDATE This Stuff.co.nz article talks about Scott Dixon being in the wrong place at the wrong time. In 2003 the fast young Kiwi won the American Indy Racing League championship, and in the middle of last year he impressed in a Formula One test for the Williams team. But now he is 16th in the IRL, without a decent result all season, and he has become a very faint blip on the radar screen. 07/03/05

Scott Dixon and his manager, Stefan Johansson, ponder Scott's future and that of his Chip Ganassi IRL team now that Toyota has announced their pullout from the IRL after 2006. Neither one look very happy do they? On the back of two horrible years in the IRL, his F1 hopes all but gone now., will he follow Johansson into sports cars?