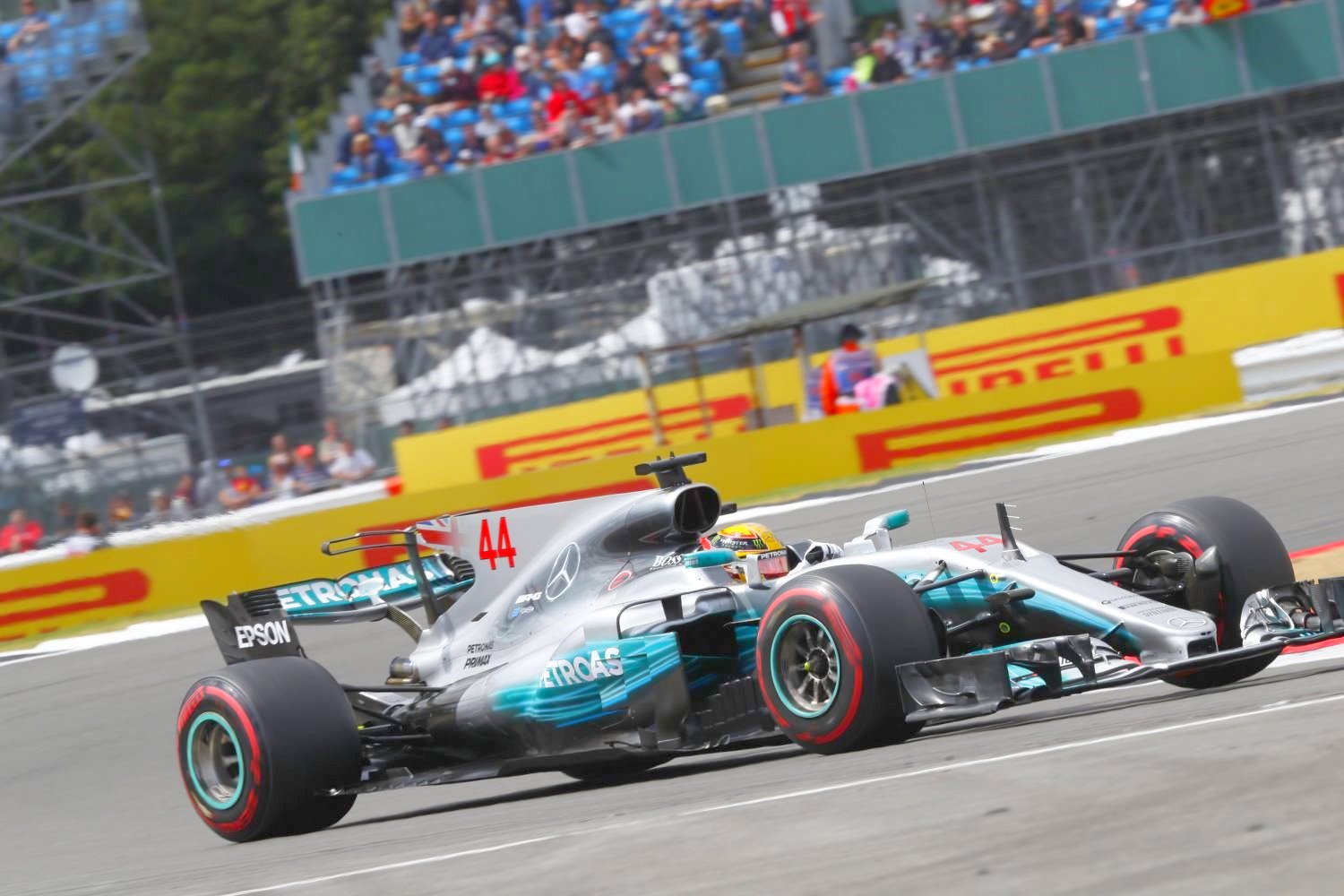 Lewis Hamilton is all but set to take pole position for his home British Grand Prix as he set fastest time in final practice Saturday morning before rain slowed the action 40 minutes into the session at Silverstone.

On supersofts just 0.074s separated Hamilton in first to Valtteri Bottas in third in the 2nd Mercedes,

Kimi Raikkonen was fourth in the second Ferrari, while Nico Hulkenberg proved his Friday pace was no fluke as he took fifth for Renault.

The session began under a dark sky, and saw Hamilton and Bottas resuming their fight from yesterday. Hamilton set the ball rolling with 1m 29.544s on soft tyres before Bottas trimmed that to 1m 29.393s, as Raikkonen used supersofts for 1m 29.897s in his Ferrari. Hamilton then cut down to 1m 29.069s, again on softs, before Bottas replied with 1m 28.827s and Raikkonen improved to 1m 29.395s. When Hamilton improved to 1m 28.747s, however, Bottas did not have a reply.

Fernando Alonso was 11th, 0.05s behind his McLaren Honda teammate in 10th. The Spaniard has a 25-place grid penalty for tomorrow's race though, so any excitement at McLaren's improvement in form will be short lived.