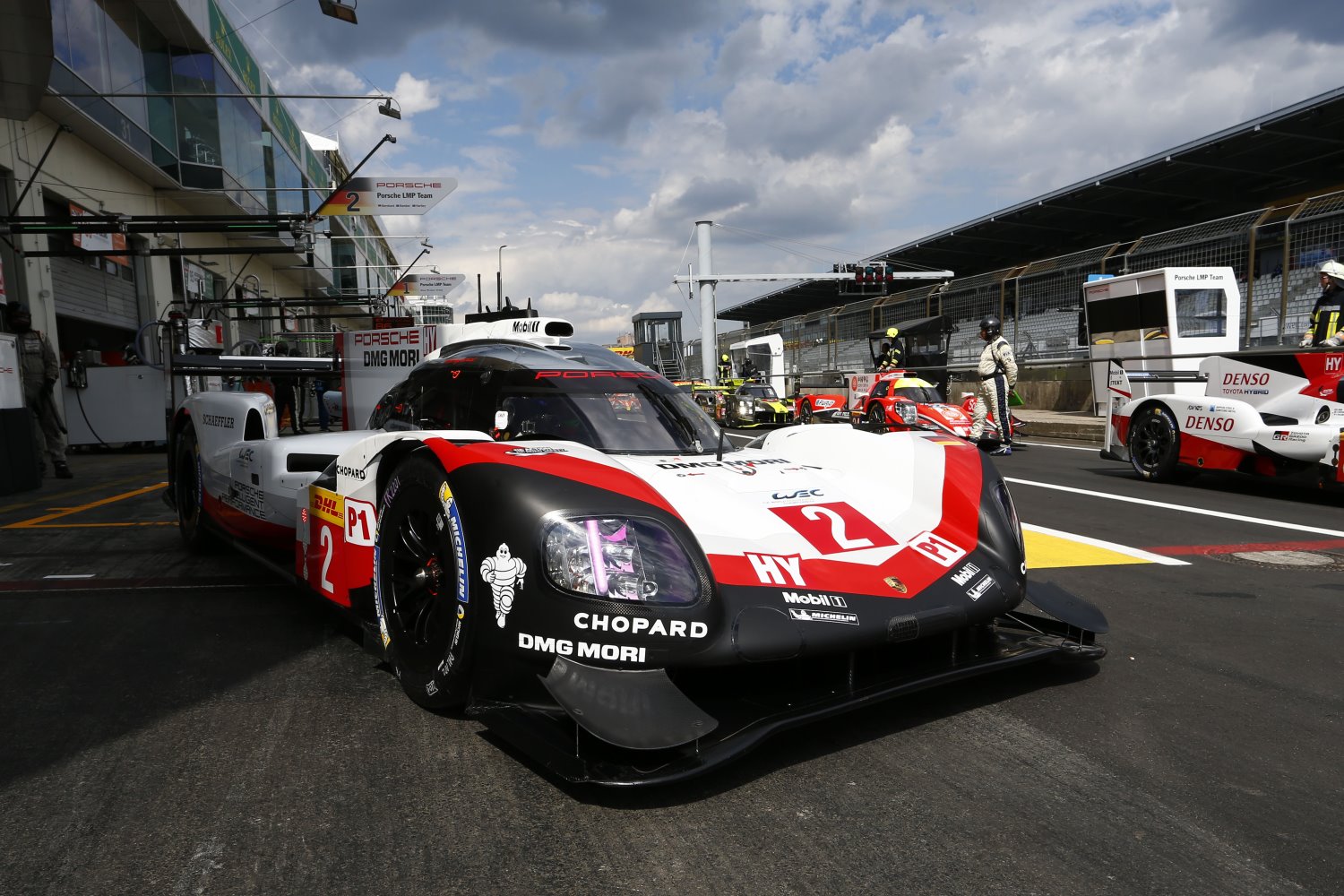 The Porsche LMP Team concentrated on testing its new aerodynamics package in the first free practice sessions at the Nurburgring (DE). For the six-hour race on Sunday, 1pm to 7pm, the Porsche 919 Hybrid has been equipped with a lot more downforce for the first time this year. For the beginning of the season, the priority was on low drag set-up for the high-speed Le Mans circuit. After Porsche achieved the overall 19th win for the brand at the 24-Hour classic in June, the focus has now fully switched to the target of defending the titles in the FIA World Endurance Championship (WEC). The race on Sunday is round 4 out of 9.

In still dry conditions with ambient temperatures of up to 20 degrees Celsius, the team went for a qualifying simulation at the beginning of the second session. Hartley achieved a 1:38.663 minutes which was ultimately the overall best lap time of the day. This lap time is six tenths of a second faster than last year’s fastest single lap in qualifying. Lotterer was second fastest in FP2 with a lap time of 1:39.629 minutes on the 5.148 kilometer long Grand Prix circuit. After a brief rain shower with half an hour remaining, skies cleared quickly. However, the weather forecast for the weekend provides some uncertainties. The qualifying session for the Le Mans Prototypes will be held from 3.25pm to 3.45pm on Saturday.

The Porsche LMP Team after the first day of practice

Andreas Seidl, Team Principal: “Given that we are entering our new high downforce aero package for the very first time at a race weekend, having such a smooth day was especially valuable. The car number 1 drivers drove the new aero for the first time today, the car number 2 crew having tested it in Barcelona. For the first practice session we were focusing on race set-up. In FP2 we did a qualifying simulation before testing tires on long runs. The entire team once again did a great job and this enabled us to enjoy a very productive day."

Drivers Porsche 919 Hybrid car number 1:
Neel Jani (33, Switzerland): “It's been a good day learning about the new aero that Porsche has brought to this race. It appears to be a good step forward but the race will be close for certain. André had a good qually sim run so hopefully we can show well in qualifying tomorrow."

André Lotterer (35, Germany): “My qually sim went smoothly. I actually hadn't expected that much performance straightaway so I'm certain there is more to come. Our lap times also look good compared to the Toyotas. Hopefully we can be at the top after qualifying tomorrow afternoon. In general, I enjoyed driving the 919 with more downforce."

Drivers Porsche 919 Hybrid car number 2
Earl Bamber (27, New Zealand): “We are constantly learning. The new aero is definitely a good step but there is still more to extract from it. The long run was good with the tyres really working well in these conditions. Let’s see if it is enough for the race. We will fight for the top spot, that’s clear."

Timo Bernhard (36, Germany): “Today is the first time we've been up against the competition with our new aero kit and our prospects look promising. It of course still remains close with Toyota. Our qualifying simulation runs were good this afternoon and we made positive progress for the race before the rain interrupted things briefly."

Brendon Hartley (27, New Zealand): “I went for a bit of a qually run at the beginning of FP2 on low fuel and the car felt really good. It looked like Toyota did the same with similar kind of runs and we ended up topping the times which is all very positive for tomorrow."