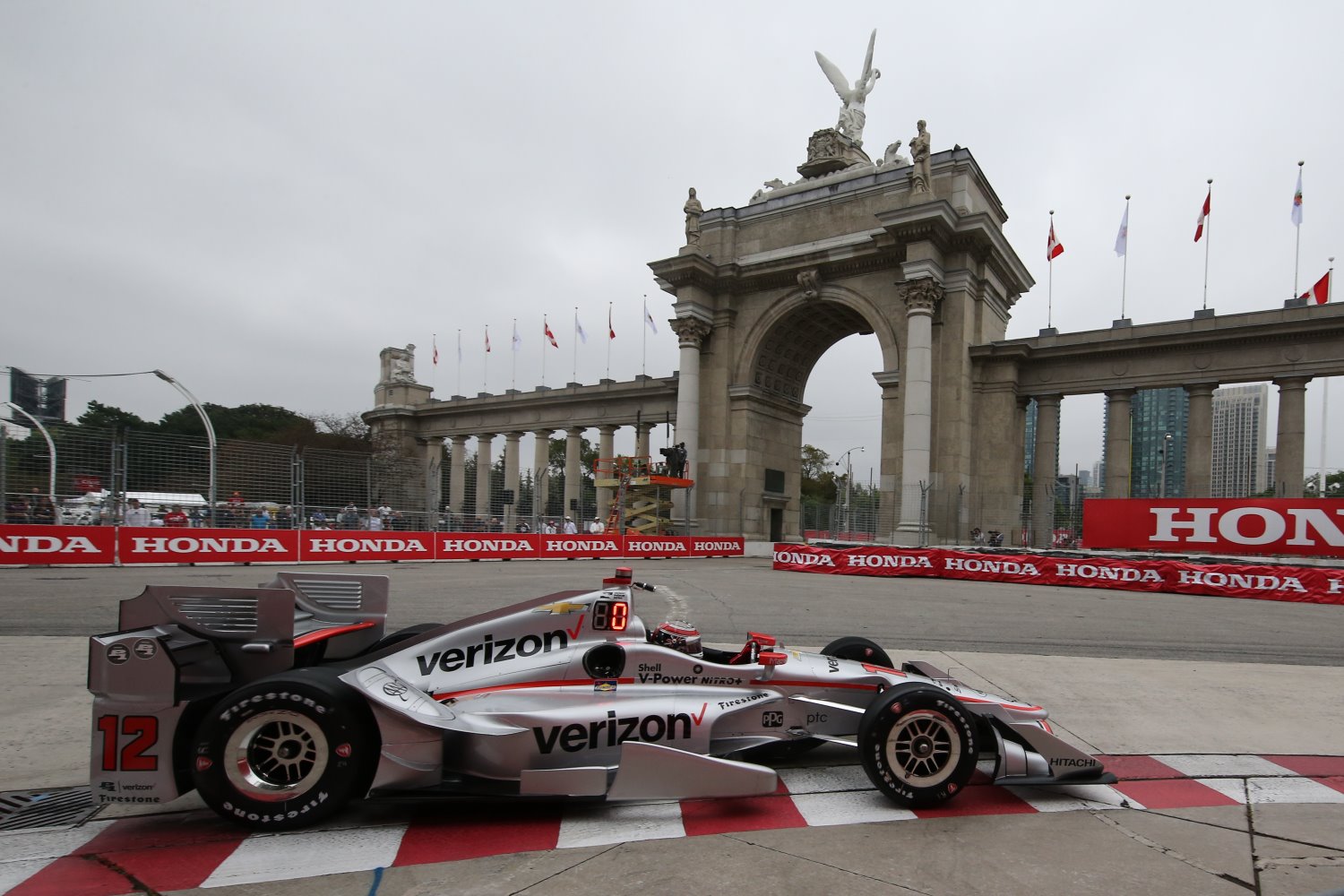 We are back at Exhibition Place in Toronto for the 33rd IndyCar race. Today is overcast with temperatures in the mid 70s. The rain came down late last night so that we are looking at a dry weekend.

The drivers are going to be subject to a bumpy, rough track this weekend. Firestone has brought a more grippy alternate (red) tire which will give the drivers a harder choice in choosing tires for race day. We will have the Firestone Fast Six for qualifying and that uses a bit of the red tires up. Especially if you make it to the final session.

Will Power, winner of last year's race, has won here three times. Power has the most wins of any active driver in the series at this track . With his number one pit stall, he will have an easy out to the track.

And the crew of his Team Penske number 12 Verizon sponsored car won the Firestone Pit Stop Performance Award in Iowa, with a total pit stop time of two minutes and 1 second for the 300 lap race. Power had the pole for that race, but his teammate, Helio Castroneves took the win away from him.

AR1 will keep you updated throughout the weekend.