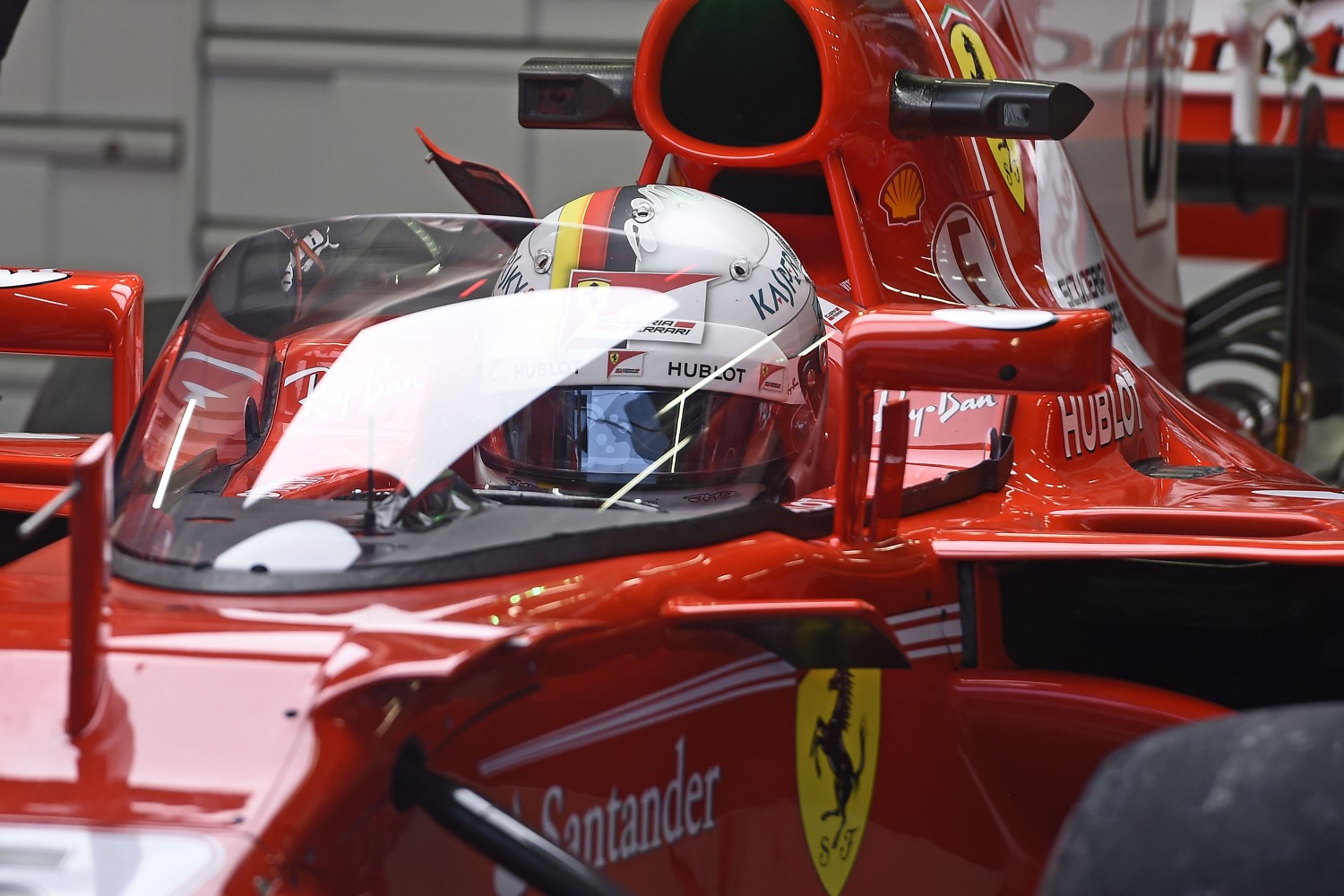 UPDATE Added photo below of Vettel ontrack with hideous 'shield'

Sebastian Vettel has confirmed that he will be the first driver to trial the 'shield' cockpit protection device when his Ferrari team debuts it during British Grand Prix practice.

Formula 1's governing body, the FIA, released the first rendered image of the shield, which has been favored over the halo, at last weekend's Austrian Grand Prix.

It was also outlined that Ferrari would give the device its first on track run during practice at Silverstone, in order to get initial feedback from the cockpit.

Vettel stated during his Thursday press session that the shield will be fitted to his car for Friday morning's first session, though a run plan has not been communicated.

"A possible geometry has been developed and the FIA is currently working with teams in Formula 1 on further defining its geometry," the FIA recently stated on its progress with the shield.

"A number of indoor and outdoor tests are currently being conducted and the Federation's target is to carry out a first full track test at Monza (the Italian Grand Prix) in September.

"However, in an effort to get initial feedback from drivers at the earliest possible stage of development, a short track test will be conducted at British Grand Prix, in first practice."

Several designs are being evaluated ahead of a potential introduction in 2018.