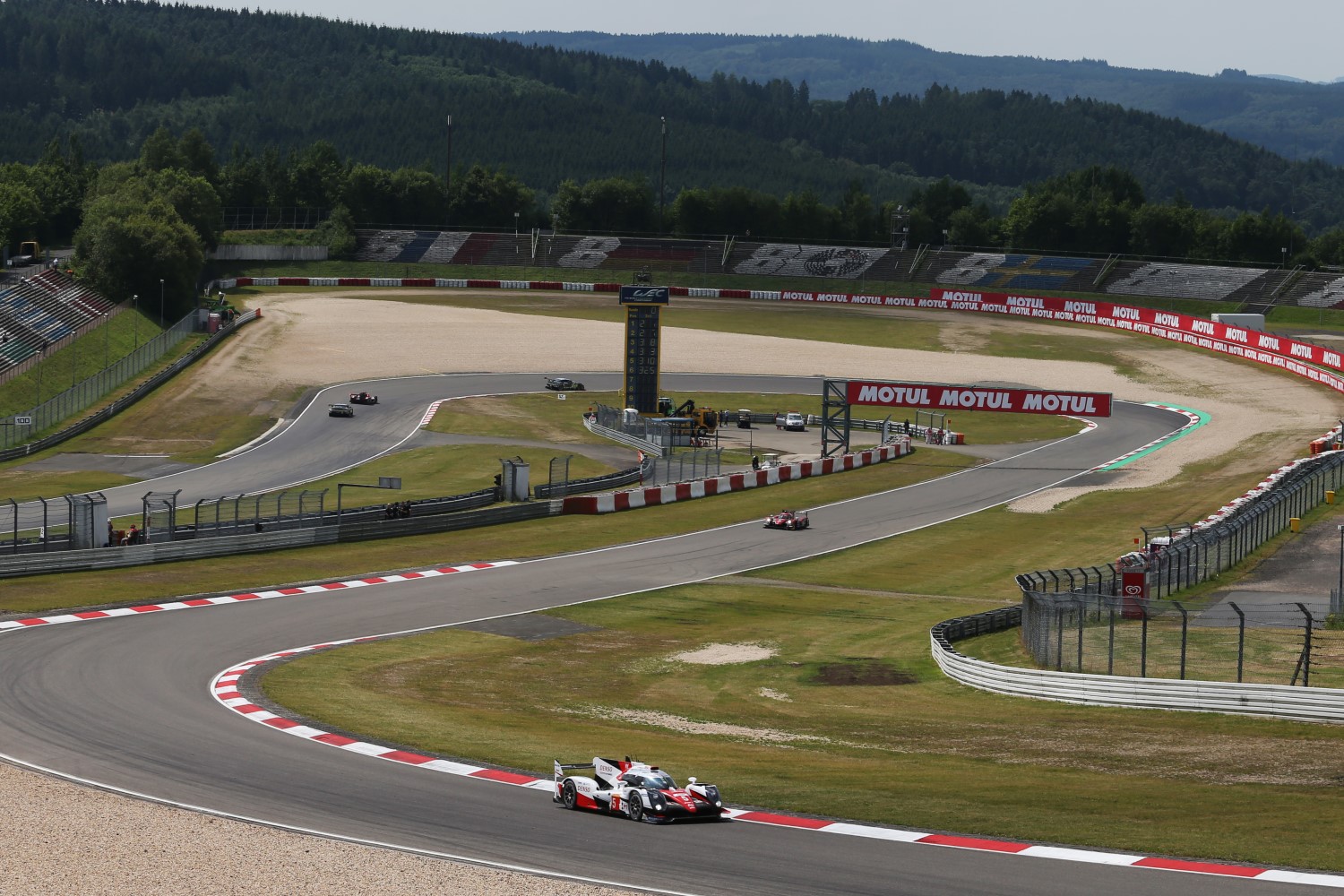 TOYOTA GAZOO Racing resumes its 2017 FIA World Endurance Championship (WEC) season with the short trip to the Eifel this weekend for the 6 Hours of Nurburgring.

Despite a deeply disappointing Le Mans 24 Hours last month, the team remains in a close fight with Porsche for both the manufacturers' and drivers' World Championships and is targeting a return to winning form at the Nurburgring.

TOYOTA trails by 32.5 points in the manufacturers' standings, while the #8 TS050 HYBRID crew of Sebastien Buemi, Anthony Davidson and Kazuki Nakajima are second in the drivers' championship, 17 points behind, after winning two of the three races so far.

The #7 TS050 HYBRID will revert to its regular line-up, with Jose Maria Lopez rejoining Mike Conway and Kamui Kobayashi for the remainder of the season. Stephane Sarrazin had driven the car at Le Mans, with Jose Maria competing in the #9.

A podium finish for both cars is the clear target at the Nurburgring, on which success has eluded TOYOTA GAZOO Racing since the track joined the WEC calendar two years ago. The team's best result at the Nurburgring, just 90km from its base in Cologne, is fifth from 2015 and 2016.

The 5.137km Nurburgring Grand Prix lay-out, made up of slow or medium speed corners, represents a very different technical challenge compared to Le Mans, which is known for its long straights and fast turns.

Therefore, the TS050 HYBRID will compete in high-downforce trim this week, delivering more grip through corners at the expense of top speed. This aerodynamic package, one of two permitted during the season, is the one which earned wins at Silverstone and Spa.

Action begins on Friday with two 90-minute practice sessions prior to the grid-deciding qualifying on Saturday. The race, during which cars can expect to complete over 1,000km, begins at 13.00 on Sunday.

Toshio Sato, Team President: "We have used the weeks since Le Mans to recover our energy and focus on being fully prepared for the remaining six-hour races, starting at Nurburgring. I would like to thank all our fans for the great support they gave during and after Le Mans; now we are pushing hard to give you an exciting race at the Nurburgring. It will be an interesting weekend as we will see Porsche's high-downforce package for the first time, so we don't know exactly what to expect. Our target is clear; we want to score as many points as possible and strengthen our position in both World Championships."

Mike Conway (TS050 HYBRID #7): "I'm looking forward to the Nurburgring and getting back behind the wheel again. We're back in the high-downforce car which was really strong in the first two races so we should be in good shape. The #7 car hasn't had much luck so far this year but we have showed we have the pace so I hope we can again fight at the front and score important points for the team in the World Championship."

Kamui Kobayashi (TS050 HYBRID #7): "Nurburgring is a nice track and for the team it is an important race because it is close to the factory and we all want to come back strongly after Le Mans. I am sure there will be a lot of colleagues visiting the race and they will give us plenty of support so hopefully we can give them a result to celebrate on Sunday. I know everyone is doing their best for this."

Jose Maris Lopez (TS050 HYBRID #7): "It's good to be driving alongside Mike and Kamui again; I hope we can stand on the podium together for the first time. I have been learning WEC step by step so far this season and I feel like I've made really good progress so I can't wait to race again at the Nurburgring. It will be my first time to drive an LMP1 car there so I'm interested to experience it."

Sebastien Buemi (TS050 HYBRID #8): "We are all fully motivated and ready for this race. Nurburgring is a great circuit which I know really well from earlier in my career. It's not an easy track to get right and the weather can often be a factor so we have to see what the forecast is. We haven't had the best results at the Nurburgring the last two years to be honest but we will be working hard to change that."

Anthony Davidson (TS050 HYBRID #8): "The target for us now is clearly the World Championship. We are a little behind after Le Mans but there are six races left so we have a good chance and our car is clearly quick as we have shown already. I really enjoy the Nurburgring, which is much tighter than Le Mans and quite tricky. It's also a traditional track with a great atmosphere and enthusiastic fans."

Kazuki Nakajima (TS050 HYBRID #8): "I know the Nurburgring well and I'm looking forward to this race. It's a good chance to score points for the team in the World Championship as this is now our target for the season. Sebastien, Anthony and I are still in a strong position in the drivers' championship so we want to get a positive result to help us there as well. I am hopeful we can challenge."