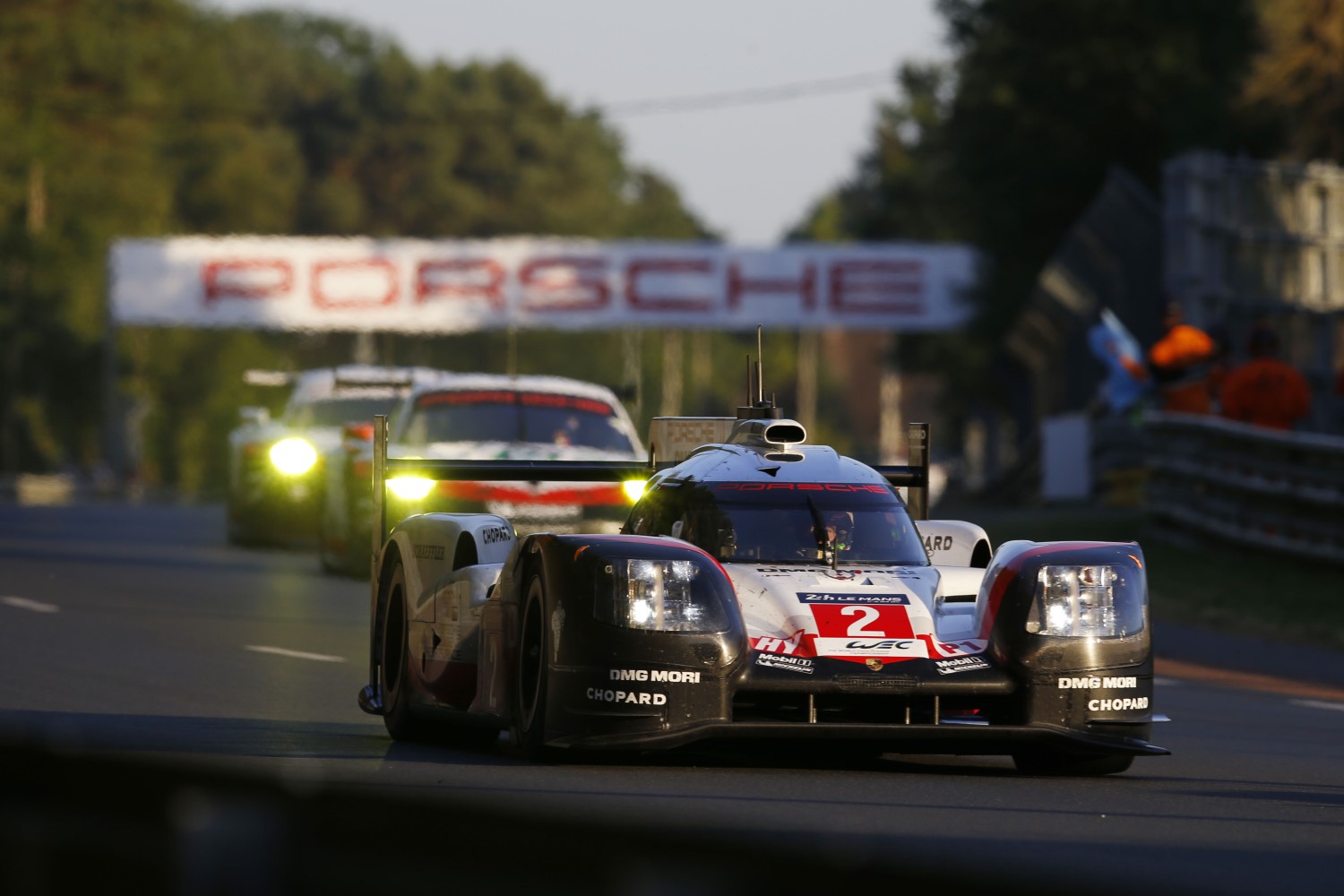 Stuttgart. The Porsche LMP Team enters its home race at the Nurburgring on July 16th as the Le Mans winners and World Championship leaders. "The situation could hardly be any nicer", Fritz Enzinger, Vice President LMP1, happily confirms. "The Le Mans 24-Hours was endurance racing full of highs and lows. In the Eifel mountains we target a clean six-hour race and we certainly would love to win there for a third consecutive time as well. Our new aerodynamics package for higher downforce worked well at a recent test. Now our mission of defending both the World Championship titles, for manufacturers and drivers, is in full swing."

The 29-car WEC field is divided into four classes for prototypes and GT sports cars. The six-hour race gets underway on Sunday 13:00 hrs. It can be followed live on the internet and TV from all over the world.

More downforce for the Porsche 919 Hybrid
Porsche took its time to introduce the second of the two aerodynamic packages that are allowed by the regulations for the 2017 season. Initially, the focus clearly was on minimizing drag for the Le Mans high-speed circuit. From the fourth round onwards, the Porsche 919 Hybrid now produces a lot more downforce. The new bodywork is ideally suited for higher cornering speeds.

The Porsche 919 Hybrid has been widely reworked for the 2017 championship. 60 to 70 per cent of the car’s components are new developments while the power train in principle remains the same. The innovative hybrid race car develops a system power of around 900 HP (662 kW) that comes from a compact two-liter turbo charged V4-cylinder (nearly 500 PS/368 kW) and two different energy recovery systems – brake energy from the front axle combined with exhaust energy. The combustion engine drives the rear axle while the electro motor boosts the front axle with an output of more than 400 PS (294 kW). The electrical energy that comes from the front brakes and the exhaust system is temporarily stored in a liquid-cooled lithium ion battery.

The Porsche LMP Team before the Nurburgring race
Andreas Seidl, Team Principal: "For the 2017 WEC, we have once again extended the limits of what is technically possible and Toyota did the same. Despite comprehensive new restrictions from the regulations, lap times have improved. But also reliability issues of both manufacturers at Le Mans showed that we all went to the limits. After winning Le Mans, we went straight to a very positive three-day performance test in Barcelona. We feel well prepared for the six-hour race at the Nurburgring. The 919 Hybrid will appear with a new front and a changed rear section. Our new high downforce aero looks good. Now it has to prove its performance on the race track."

Drivers Porsche 919 Hybrid car number 1:
Neel Jani (33, Switzerland): "I’m very curious about driving our new aero package. Testing duties in Barcelona were undertaken by the car number 2 drivers so our car number 1 crew have no experience with the new configuration yet. For us retiring at Le Mans, especially having led for so long, was a tough set-back for the championship classification. I hope for a little more luck for our trio in the second part of the season."

André Lotterer (35, Germany): "I’m very much looking forward to drive the Porsche 919 Hybrid for the first time with more downforce. This is always a better situation for a driver than racing a low downforce car. We’ve had a great crowd at the Nurburgring for the past two years and I hope to see many fans again this year. Obviously, this year Neel and I can’t perform such an intense battle like in the corresponding race last season but now we will fight together against our strong opponents. We want a top result to make Le Mans a distant memory."

Nick Tandy (32, Great Britain): "I have now moved on from our Le Mans disappointment and am totally concentrating on the remaining races. There is over half the championship remaining. One thing regarding the Nurburgring stands out for me and that’s my racing history there. I raced there quite often with Porsche in the Carrera Cup. The last time I raced on the Grand Prix circuit was in an LMP2 car and I won my class. It is the home race for Porsche and therefore is a very important round. We are all looking forward to it."

Drivers Porsche 919 Hybrid car number 2
Earl Bamber (27, New Zealand): "I am very excited about racing the new high downforce package for the first time. We come off Le Mans with good momentum and our priority is to push for the manufacturers’ championship. If we can secure that, we want the drivers’ title as well. I have some experience on the Nordschleife but not so much on the Grand Prix circuit. But I like it and can’t wait to take the 919 Hybrid round there for the first time."

Timo Bernhard (36, Germany): "I’m thrilled to go to the Nurburgring. Next to Le Mans, my home race is the second highlight of the season for me. We’ve had the six-hour race at the ‘Ring’ on the calendar for the past two years and it was immediately very well received. The atmosphere, with the full grandstands and remarkably well- informed spectators, was absolutely great. In 2015 and 2016, we won and I wouldn’t mind continuing like this, another hat-trick would be superb. But I’m well aware that we face strong competition from the Toyotas as well as from our sister car."

Brendon Hartley (27, New Zealand): "It’s been a crazy but good couple of weeks after Le Mans and the result has just about sunk in. We have since tested our high downforce kit and the focus now moves on to the remaining World Championship races. We have won the Nurburgring race for the last two years and Earl and I are lucky to have ‘Mr. Nurburgring’ himself as a teammate. Everyone at Porsche has been working hard to get the new aero kit ready for the Nurburgring race. A victory on home soil would be the icing on the cake after Le Mans. I’m looking forward to another big fight!"