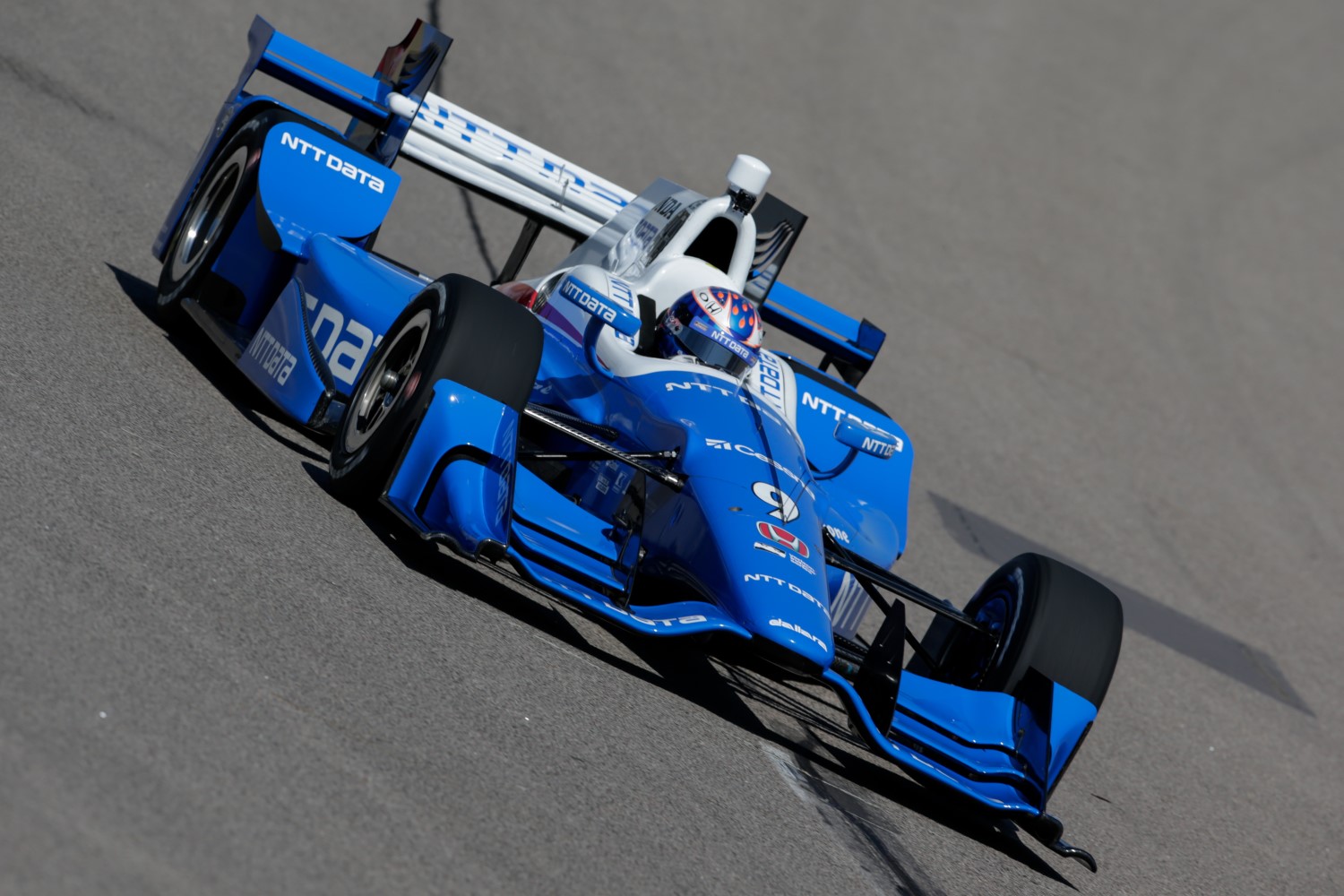 AR1.com has long said that IndyCar's high downforce cars that result in 100% throttle racing at places like Texas, Phoenix, Indy and Iowa is:

The wings need to come off the cars – slow them way down. The cars go past so fast the casual fan has no idea what car just went went by, let alone read the car number. Proven fact that new lap records = zero new fans.

It seems the drivers agree. From yesterday's Press Conference at Iowa

Q. Do you guys feel — all of you feel like the downforce levels should be reduced around here?
WILL POWER: Yeah. Big time. It should be, yeah.

SIMON PAGENAUD: I'd like to brake and downshift. And another 400 horsepower, too, please. It should be.

Q. If you follow along the idea of the less downforce, would that mean maybe running the superspeedway wings here, and then the idea is you would brake? With the less downforce you'd have to actually downshift and maybe brake into the turns? Is that right?
SIMON PAGENAUD: Well, it's a bit more. It's a longer topic than that's just that. It's just a wish for a driver. You asked me a question, I answered what would be my wish. I'd like to have more downforce and more power to just power slide on the exit of the corners and have more fun and also have more differentiation between each other as we pass, a little bit less of a — how do you call it, an emergency pass. A little bit more of a gamble, a desperate move. So that's really what I'm looking for. Now, it's only me. I don't know what they want, I don't know what everybody wants, but that would be my wish. I'm just a driver, and the series can do what they think is the right thing to do with the majority in place. It's just my Christmas list basically.

JOSEF NEWGARDEN: I think we agree for the most part. I always would preach for more horsepower and less downforce, too. Anything you can do to put the car more into the driver's hands, they're going to be for it. I don't think it's too crazy here. You get degradation here. You have to manage the tires or you can go off, so it's not terrible, it's not like everyone is packed up here. You could go more into a direction with higher horsepower, maybe touching the brakes in the corner. I'd be for that, too. I'm similar to Simon on it.

WILL POWER: Yeah, I agree. I've always said it should be about driving, not — I feel like you should never be flat around an oval. Yeah.