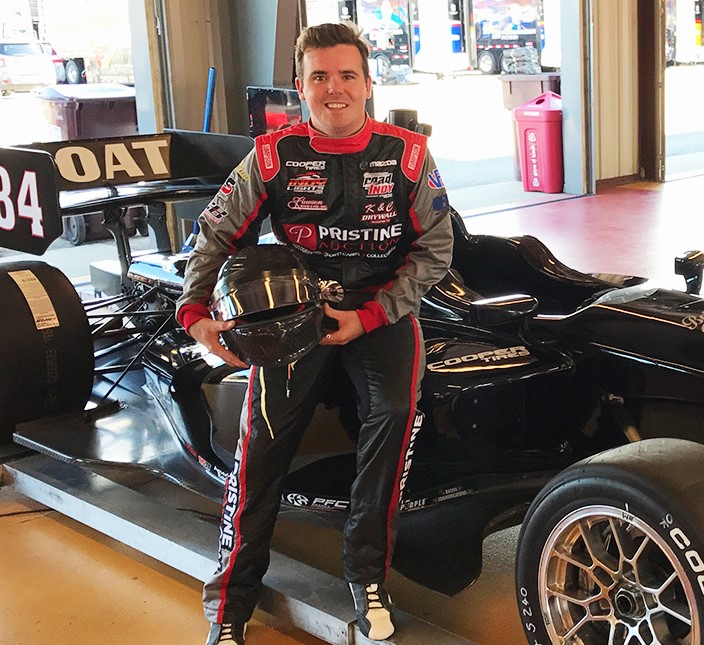 As reported in the motorsports media, Belardi Auto Racing can confirm that driver Chad Boat, who was set to make his Indy Lights debut this weekend at Iowa Speedway, has not been medically cleared to race in the Mazda Iowa 100 Presented by Cooper Tires due to injuries sustained during a National USAC midget race on Sunday, July 2.

"To say I'm disappointed doesn't begin to describe how I'm feeling right now, but I trust the doctors and medical staff at INDYCAR and know they have my best interest in mind," said Boat. “I'll continue to follow the instructions I'm receiving for recovery and look forward to being back soon. Thanks to Pristine Auction and Belardi Auto Racing for the opportunity."

Boat was evaluated at Iowa Speedway's medical center on Friday morning where INDYCAR's medical staff made the official call.

“We’re all extremely disheartened that Chad won’t be able to run the #84 with us this weekend, but we remain excited and positive about the future based on his pace in last week’s test," added Brian Belardi, Team Owner. “We’ll have him back with the team at Gateway in August and we’ll keep looking to the future."

The 25-year-old will be back with the team at Gateway Motorsports Park in the No. 84 Pristine Auction Dallara IL-15 on August 26. Indy Lights fans can use the time to get up-to-speed on the quick Cornelius, NC driver by following Boat on Twitter at @ChadBoat for all racing updates.