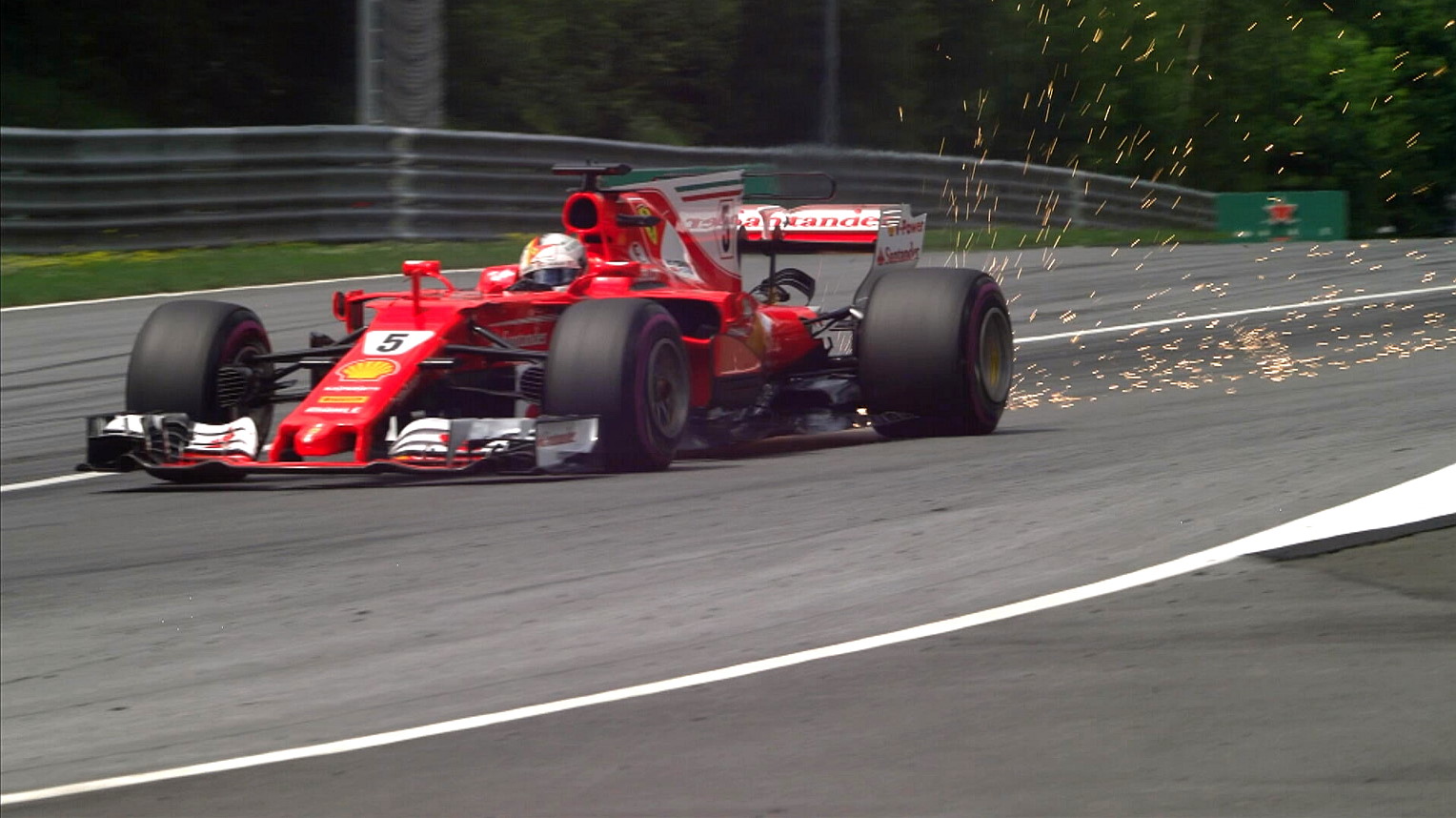 F1 championship leader Sebastian Vettel put his Ferrari on top in final practice for the Austrian GP Saturday morning. The Ferrari driver posted a 1m05.092s, a new fastest lap of the 2.68-mile Red Bull Ring circuit, on the ultra-soft tires to edge out Hamilton by 0.269 seconds.

Fast man on Friday, Lewis Hamilton was 2nd at 1m05.361s in his Mercedes but he ran into trouble at the end. The session ended under yellow when Hamilton went off in Turn 3 with a suspected front brake failure. He limped back to the pits and he did not participate in practice starts after the session.

Valtteri Bottas was third quickest from compatriot Kimi Raikkonen, confirming that it will likely be a Ferrari-Mercedes battle for pole this afternoon, with Red Bull again their nearest challengers, Max Verstappen edging team mate Daniel Ricciardo for fifth place.

It was another strong showing from Haas, with Kevin Magnussen and Romain Grosjean seventh and eighth respectively, while the Toro Rossos of Daniil Kvyat and Carlos Sainz Jr. rounded out the top ten.

Sainz had a difficult start to his session when he stopped out on track just a few moments after leaving the pits, citing an engine problem.

The marshals pushed the car back to the pits and the team managed to get him going again, with just under half the session to go.