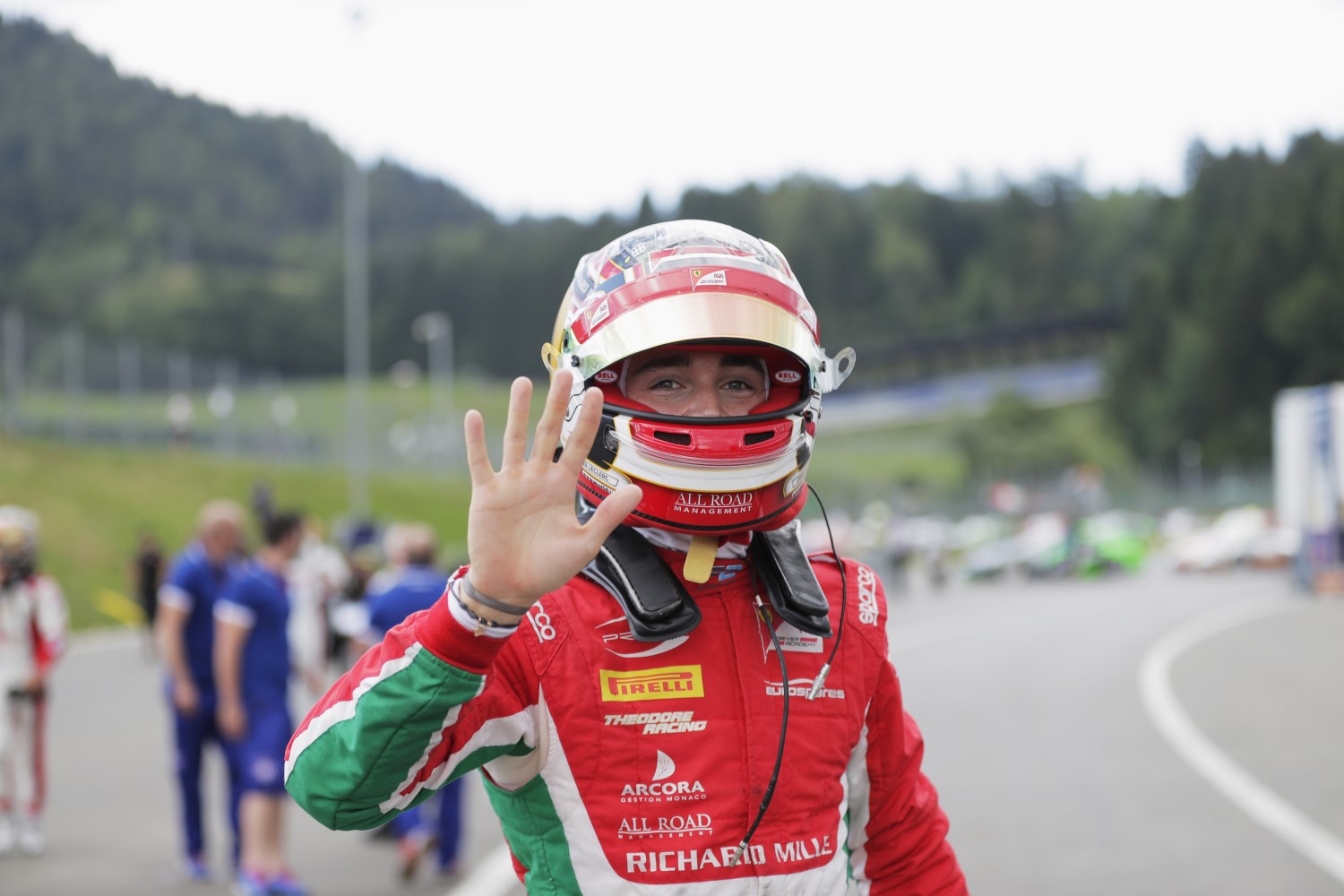 Charles Leclerc showed his rivals a clean pair of heels by claiming an astonishing fifth pole position in a row at this afternoon’s qualifying session at the Red Bull Ring in Spielberg, setting the fastest times on both sets of tires to easily lead home rivals Sergio Sette Camara and PREMA teammate Antonio Fuoco by three tenths in a warm and dry session in Austria.

The Monegasque driver stopped the clocks at 1:13.396 late in the session to easily claim the pole position: his rivals threw everything they had at him but could not close the large gap up to stop him continuing his run of poles this year.

The session opened to warm but cloudy conditions as all of the drivers heading straight out on track, with Leclerc only briefly delayed after stalling while he waited for the green lights. Nyck De Vries was the first on track and soon led the way, setting the first competitive time before Nobuharu Matsushita, Oliver Rowland, Antonio Fuoco, Sette Camara and Leclerc alternated on the top of the timesheets, the latter taking a lead of a tenth back to the pits.

His rivals all drew breath before pushing once again on the second set of tires, with ART pair Alexander Albon and Matsushita briefing running 1-2, until first Sette Camara and then Leclerc usurped the pair: with just a few minutes remaining Luca Ghiotto pushed hard but lost time in the final sector and teammate Artem Markelov was delayed by traffic returning to the pits, while behind them Leclerc set the 2nd quickest time of the session and Sette Camara came to rest in the gravel at turn 8 after pushing too hard to close the gap.

Behind the top three Albon made a solid return from injury for P4 ahead of Rowland, Matsushita, De Vries, Ghiotto, Nicholas Latifi and Norman Nato, with the top 13 drivers within a second of the top time. On a circuit which famously provides great racing for a grid which is so close together on time, tomorrow’s Feature Race should be unmissable.