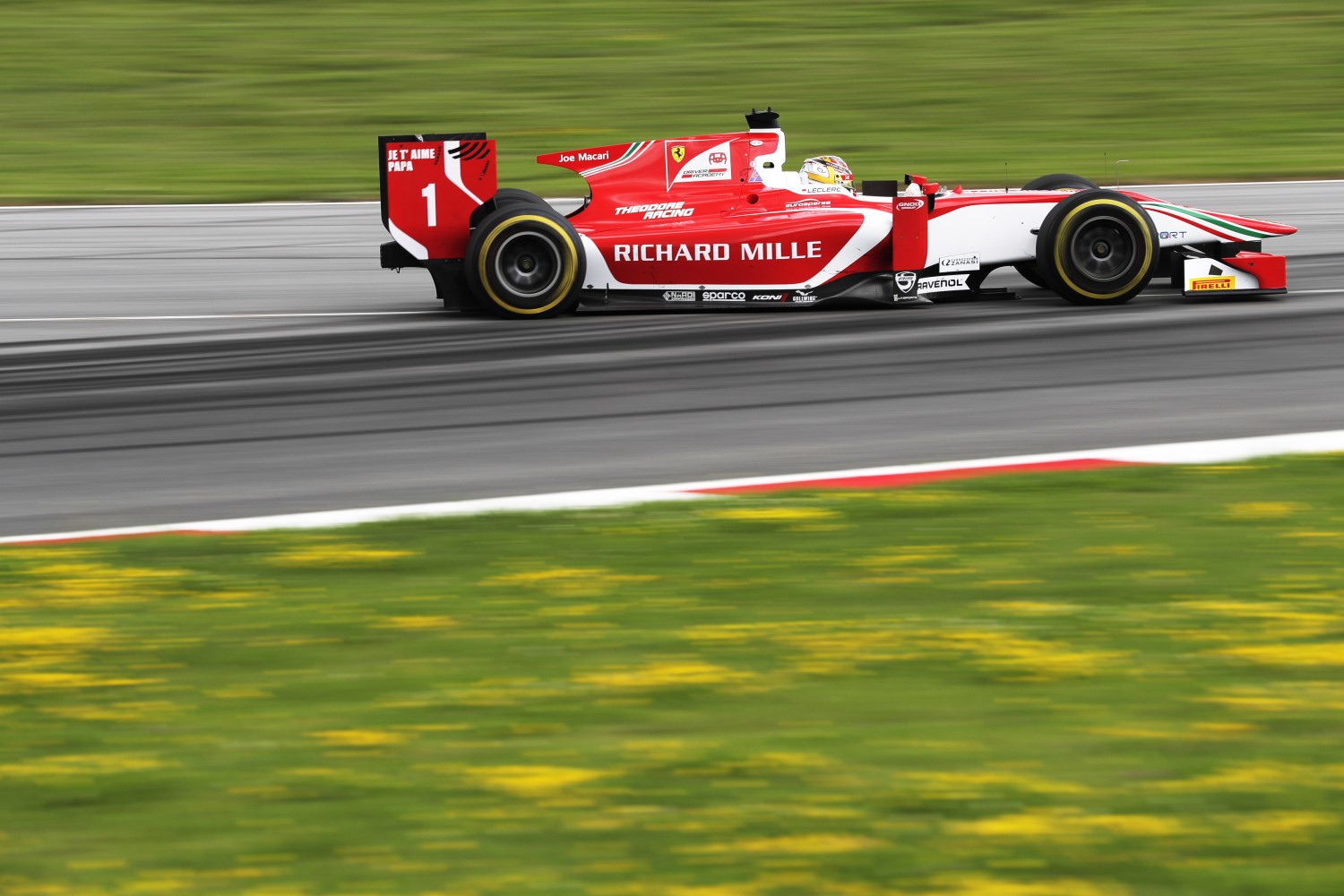 Charles Leclerc has continued his sparkling run of form by topping today’s free practice session despite a late off-track moment at the Red Bull Ring in Spielberg, Austria, with a strong lap of 1:14.356 to lead teammate Antonio Fuoco and Rapax’s Nyck De Vries by over three tenths at the flag in warm and dry conditions.

With the weather being notoriously changeable and the clouds drawing towards the Styrian circuit ahead of the session, fears of rain abounded all along the pitlane. Happily though the rain held off for the whole session, although all of the drivers were immediately on track when the lights went green to ensure as much running as possible.

On such a short track the time gaps were always likely to be close, and so it proved: Artem Markelov, Louis Deletraz, Antonio Fuoco, Leclerc and Nicholas Latifi all spent time on top of the timesheets before the Ferrari Academy driver annexed P1 at the 15 minute mark. With most of the grid concentrating on long run pace there were few changes to be made in the order, although Fuoco slid up to 2nd on the half hour, just ahead of De Vries.

With 5 minutes remaining the pace picked up once again: Leclerc showed he was pushing by locking up at turn 4 and running wide through the gravel before returning to the track, with Latifi running similarly wide at turn 9, but with 2 minutes to go Sergio Sette Camara stopped on track just before the pitlane entrance, prompting a VSC period until the checkered flag, which dropped just as the threatened rain began to fall.

Behind the top three Latifi and teammate Oliver Rowland, Sergio Canamasas, Nobuharu Matsushita, returnee Alexander Albon, Ralph Boschung and Luca Ghiotto rounded out the top ten: with just one second covering from P2 to P20 this afternoon’s qualifying session promises to be even more exciting than usual.