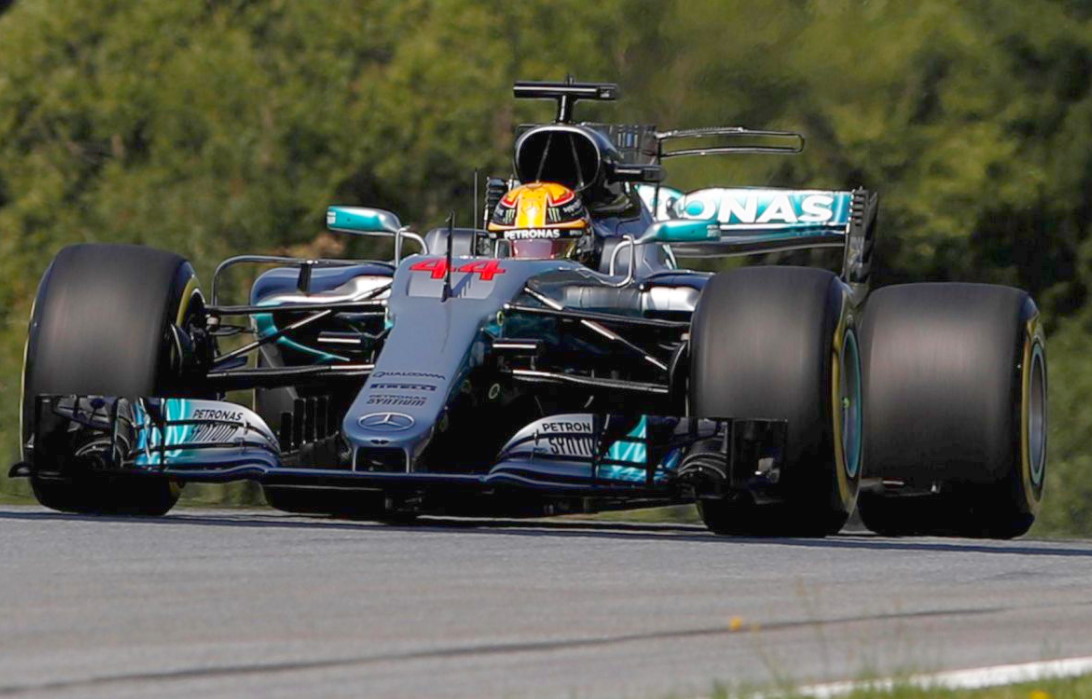 In the waning moments Max Verstappen in the Red Bull spoiled what would have otherwise been another Mercedes 1-2 in opening practice for the Austrian GP at the Red Bull Ring in Spielberg.

Lewis Hamilton turned the fastest lap at 1m05.975s in his Aldo Costa designed Mercedes to nip Verstappen who managed to move past Valtteri Bottas and into second. 0.19s down on Hamilton, 0.18s up on the Finn.

There was just a half a second to choose between the top four (Sebastian Vettel fourth for Ferrari) – and just 2s between Hamilton in 1st and Lance Stroll in 15th.

Special mention for Stoffel Vandoorne and McLaren meanwhile. The team had both cars in the top 10 – and Vandoorne led the way, spending time inside the top five before eventually being bumped down.

Even so he ended the session as best of the rest – 1.3s down on Hamilton, and 0.2s up on teammate Fernando Alonso in ninth.