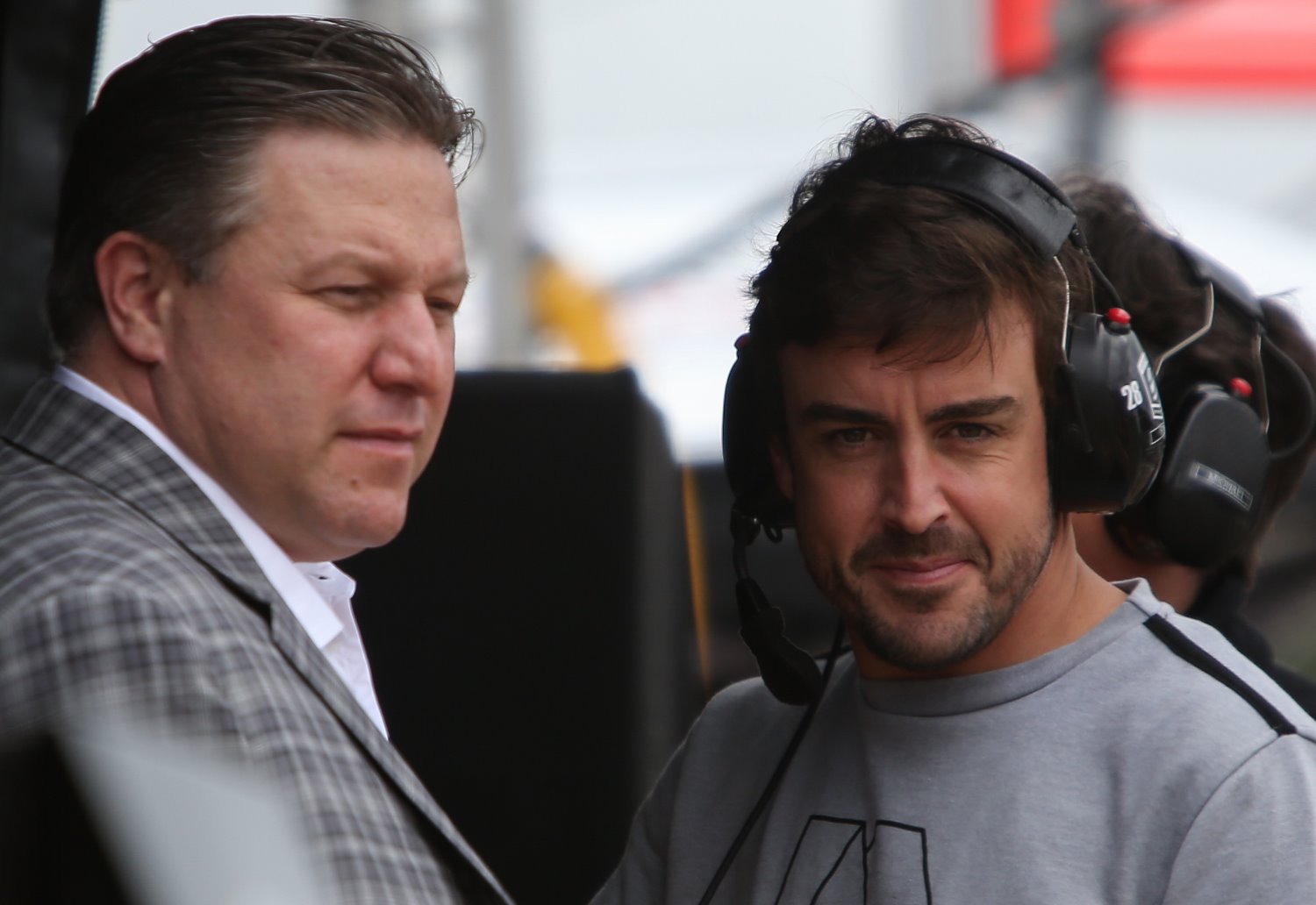 McLaren team boss Zak Brown is taking a leaf out the book of his star driver Fernando Alonso. The Spanish double world champion recently skipped the Monaco Grand Prix to contest the legendary Indianapolis 500, now Brown will skip the Hungarian Grand Prix to race at the Silverstone Classic (28-30 July).

Brown is a massive enthusiast, owning a collection of significant historic race cars. Last year he treated Silverstone Classic visitors when lapping the circuit in the McLaren MP4-16A – the very car in which Mika Hakkinen won the 2001 British Grand Prix.

This year, he will be racing a Williams FW07B in the two FIA Masters Historic Formula One Championship races and a Ford Cologne Capri RS3100 in the pair of JET Super Touring Trophy showdowns. Both cars have amazing histories, too.

The Williams is one of the cars that took Alan Jones to the 1980 Formula One World Championship title, the first for the Williams team which, fittingly, is celebrating its 40th anniversary at next month’s Classic. It’s the car in which Jones won both French and British Grands Prix, the latter held at Brands Hatch.

The Capri is equally special being one of just three works cars built for the 1974 European Touring Car Championship and was a winner at both Jarama and Hockenheim. Drivers in period included Niki Lauda, Jochen Mass and Klaus Ludwig.

“I’m really excited to get back to the Silverstone Classic – it’s a great event with so many historic cars there I’m thrilled to include my Williams FW07 and Ford Capri in the mix," enthused Brown. “I’ve driven the Williams a few times and I love it. I can’t wait to take the Capri out too. It will be the first time I’ve entered it into a race – it’s a pleasure to drive and sounds great."

Over the years, Brown has always managed to combine his business career with his passion for racing. Back in the late eighties, he enjoyed considerable success racing karts in his native United States. Brown then moved from California to Europe and contested several junior single-seater series before switching to sportscars and, more recently, historic racing events such as the Silverstone Classic.

Putting aside his dream of becoming a professional racing driver, he sought success within motor sport’s business and commercial worlds. In 1995, he founded Just Marketing International (JMI), which grew into the world’s largest motor sport marketing agency and is also co-owner of the victorious United Autosports racing team. Last year he was appointed as Executive Director of the McLaren Technology Group.

For all their incredible pedigree and provenance, the Williams and Capri are just two of hundreds and hundreds of remarkable machines competing at the Silverstone Classic. Visitors wanting to experience these must buy their tickets in advance. Adult admission starts at Â£43 and weekend camping and hospitality upgrades are available.

Full ticket details and all the latest news are available on the official website silverstoneclassic.com and via the event’s social media platforms.