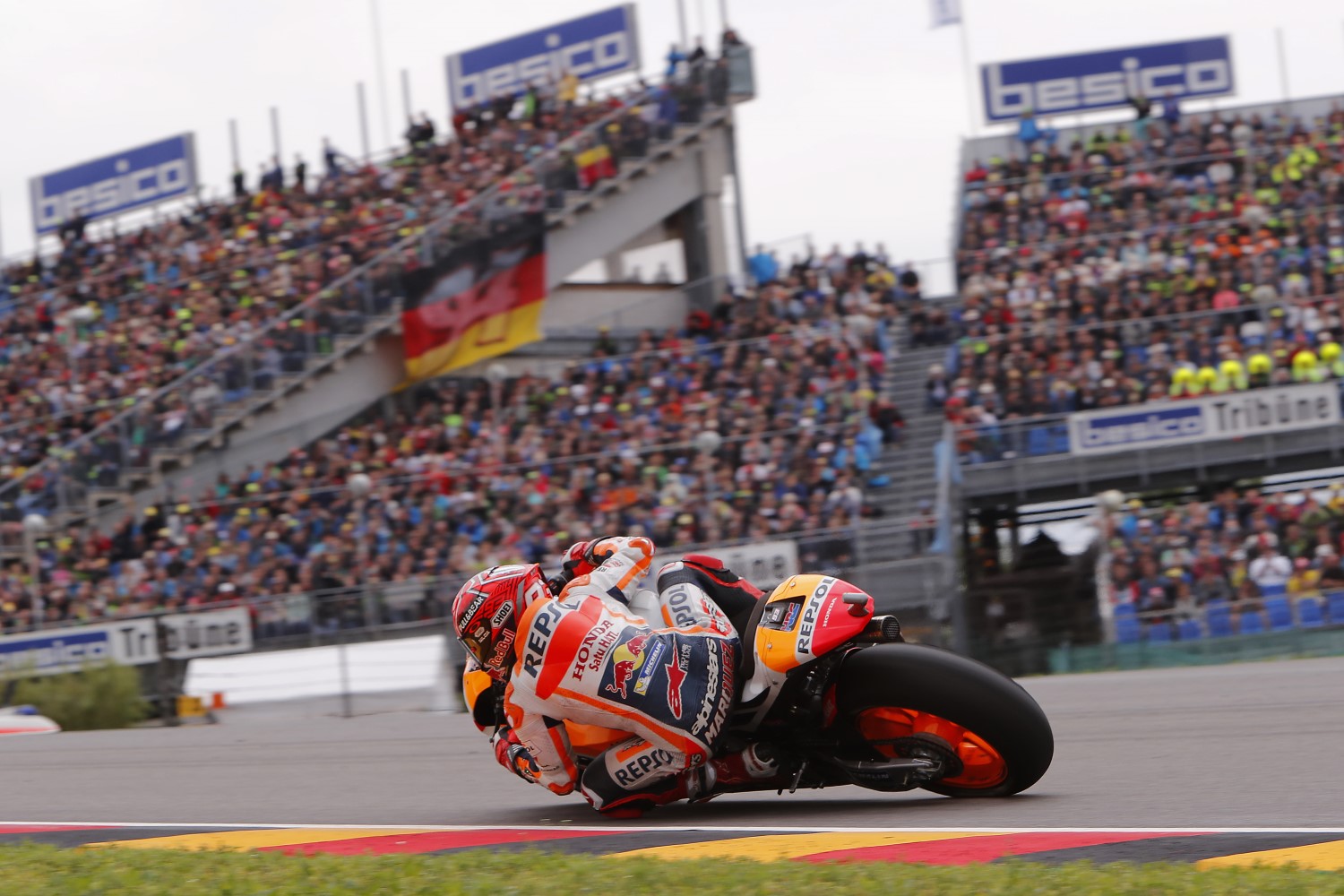 Reigning World Champion Marc Marquez has dedicated his German Grand Prix victory to Nicky Hayden, who died in May, following a cycling accident.

Marquez battled for the lead with Tech 3 rider Jonas Folger during the early laps before moving ahead when the local hero went wide at Turn 1, and retained an advantage thereafter.

Marquez's win was his second of the year, enabling him to take the lead of the standings, with just 10 points covering him, Maverick Vinales, Andrea Dovizioso and Valentino Rossi.

The Spaniard dedicated the win to Hayden, the 2006 MotoGP champion, who sustained fatal injuries in a cycling accident in Italy in May.

"Three races ago I was 37 points behind [in the championship]," said Marquez.

"Before Assen I received one WhatsApp message from crew chief Santi Hernandez.

"He said, 'Don't worry Marc, you will be leading the championship in the summer time', I said, 'OK, what are you drinking?', as we were very far from the title lead.

"[But] we needed to believe in our job, keep pushing like we did and I'm happy for this victory.

"And it's something I promised to myself that the first victory since Hayden's accident… it's for him and his family, because he was a very good friend."

Marquez and Hayden were teammates in Australia last year, when the American substituted for Dani Pedrosa at Repsol Honda, the squad with which he claimed his title in 2006.