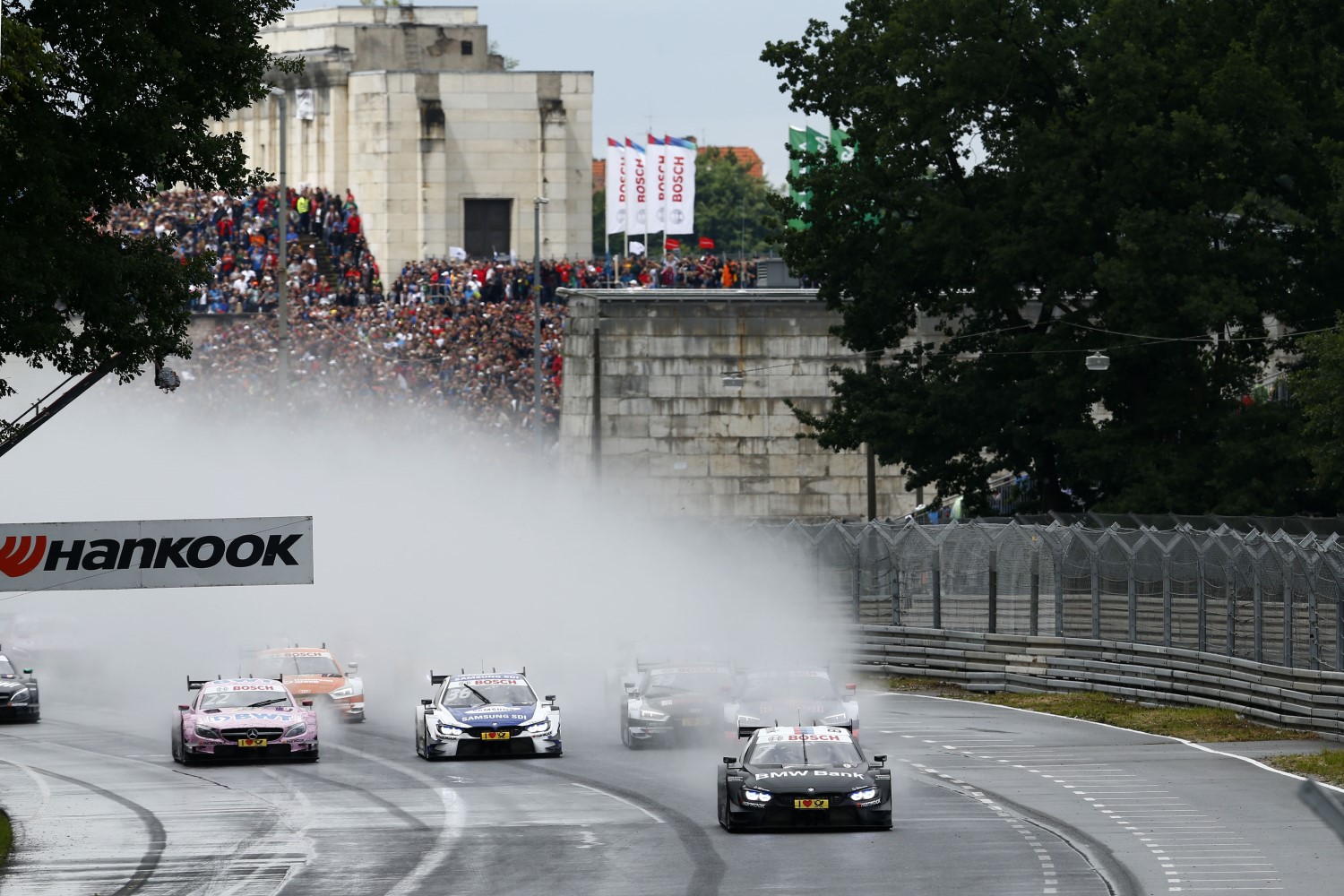 Bruno Spengler is the winner of the DTM race at the Norisring on Saturday. After 61 laps in the seventh race of the DTM season, the Canadian drove his BMW M4 DTM to a dominant win from his fellow BMW driver and team-mate Maxime Martin. For BMW and for Spengler, this achievement almost is a historic one: the brand from Munich hadn’t won a DTM race at the street circuit in Nuremberg for 25 years and Spengler’s last time on the top step of the podium to date was four years ago in the DTM race at Spielberg.

For Spengler, it is the 15th win of his DTM career. Back in 2006, he also scored his maiden DTM race win at the Norisring, still with a Mercedes at the time. Third place in a race with a turbulent opening stage went to Swede Mattias Ekstrom with his Audi RS 5 DTM, who also moves up into the lead of the drivers’ standings.

“I fought hard and I never gave up," Spengler commented after the race. “Of course, I am very happy, such a success is mega. The car was great, both in the rain and in dry conditions." The Canadian already laid the foundation for his victory at the start. From third place on the grid, he overtook Martin, who had a poor getaway, and Rene Rast, moved up into the lead and consistently extended his lead with fast lap times.

Ekstrom, too, was happy with the result: “It seems that it was the right decision to compete in the DTM rather than the World Rallycross Championship. The battle with Maxime (Martin) was great fun, I like to race in DTM like that. At the end, I didn’t take maximum risk to safely bring the points for third place home."

The 15 points for third place enable Ekstrom to take the lead in the DTM drivers’ standings. After seven of this season’s 18 DTM races, the Swede is in the lead with 77 points. His fellow Audi driver Rene Rast is second with 72 points. In spite of having started from second place on the grid, he failed to score points as he finished twelfth following a drive through penalty for crossing the line at the pit lane exit. Jamie Green is third in the standings with 71 points from Lucas Auer (69 points) and Timo Glock (59 points).

Edoardo Mortara was the best-placed Mercedes-AMG DTM driver on Saturday. The Italian finished eighth. Lucas Auer and Robert Wickens were the victims of the action in the opening stage of the race. Both retired early after collisions.