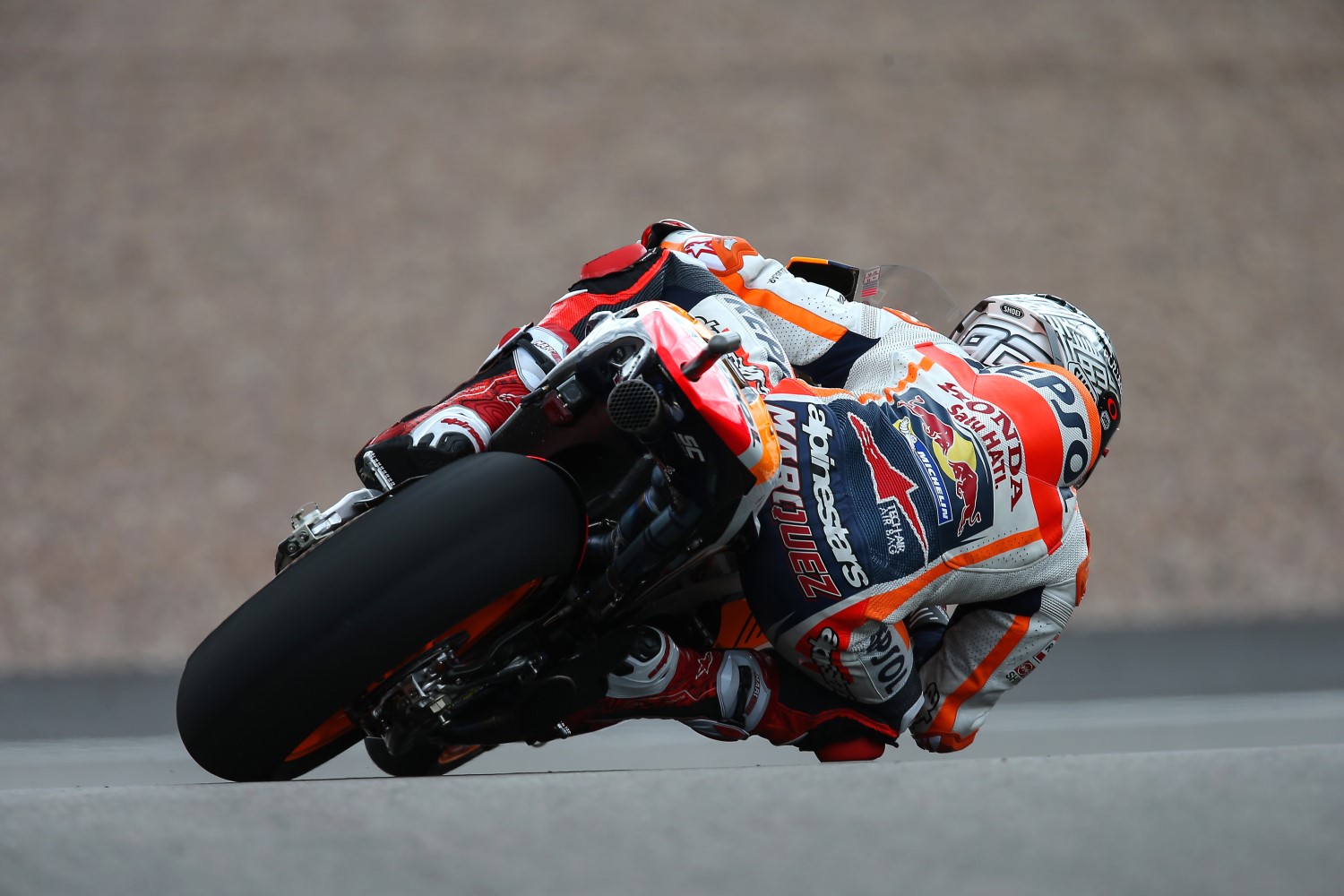 Marc Marquez (Repsol Honda Team) took back to the top in FP3 at the German GP, as the seven-in-a-row winner at the venue headed key rival Maverick Vinales (Movistar Yamaha MotoGP) by 0.170 seconds. Home rider Jonas Folger (Monster Yamaha Tech 3) was fastest for some time in the session and completed the top three in an impressive performance from the German rookie.

Joining the fastest three in Q2 will be Aleix Espargaro (Aprilia Racing Team Gresini), who has shown great pace all weekend in wet and dry conditions, as well as FP3 improver Cal Crutchlow (LCR Honda), who completes the top five and moves himself safely through after ending Friday further down the timesheets.

Valentino Rossi (Movistar Yamaha MotoGP) was another of those outside the top ten on Friday, but the ‘Doctor’ hit back despite a bike stoppage to take P6. Another impressive mover on the timesheets was Jorge Lorenzo (Ducati Team), who moved up into seventh, and was just ahead of teammate Andrea Dovizioso – the Championship leader and Friday’s fastest man.

Dani Pedrosa (Repsol Honda Team) was ninth quickest and moves through despite a low drama lowside at T1 in the session, with Alvaro Bautista (Pull&Bear Aspar Team) the final name confirmed as going into Q2.

Johann Zarco (Monster Yamaha Tech 3) was one high profile name to miss out, and the French podium finisher had a fast crash at Turn 11 in FP3 – rider ok. Danilo Petrucci (Octo Pramac Racing) was another podium finisher to miss the cut, and also crashed out of the session. The two men will be leading the hunt for the final two spots in Q2 once the lights go out in Q1.