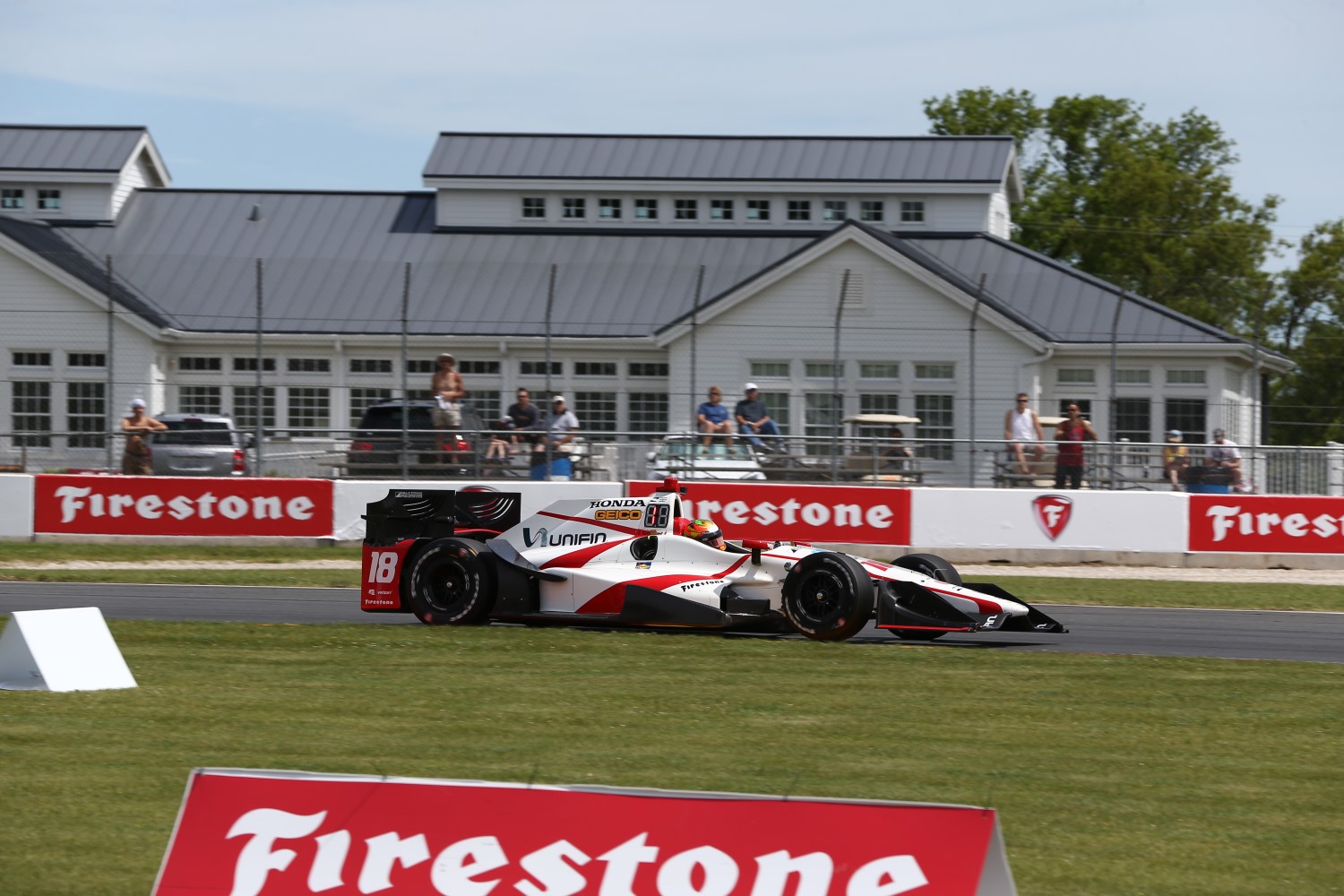 There are a number of ex-F1 drivers in IndyCar and none of them are setting the world on fire. So are F1 drivers superior? Absolutely not.

Esteban Gutierrez is the latest example and admitted his first time racing an IndyCar at Road America was ‘crazy’ as the Mexican finished seventeenth on Sunday.

The Dale Coyne Racing driver, who has been confirmed to be in the #18 machine for the remainder of the season while Sebastien Bourdais recovers from his Indianapolis 500 qualifying crash, started seventeenth on Sunday but struggled to find a balance for his car that suited his driving style.

Gutierrez made an unscheduled stop to change his front wing believing he had some damage, and this left him way down the order, finishing as the final un-lapped runner, although he felt it was a good day of learning.

“It was a crazy race," admitted Gutierrez. “I had a good start and we tried to go on with the race, trying to find the right balance in the car. Obviously, I was giving my best all the time.

“Then I started to have a lot of understeer in the car and I struggled to find the pace, and a good balance. I was not feeling comfortable in the car at one point. I had to pit a few times to change the front wing to try and see if there was any damage or anything.

“It was hard to understand what was going on. It was a very tough race but I think we have to move forward and use this as an experience and keep working hard. I definitely learned quite a lot out there."