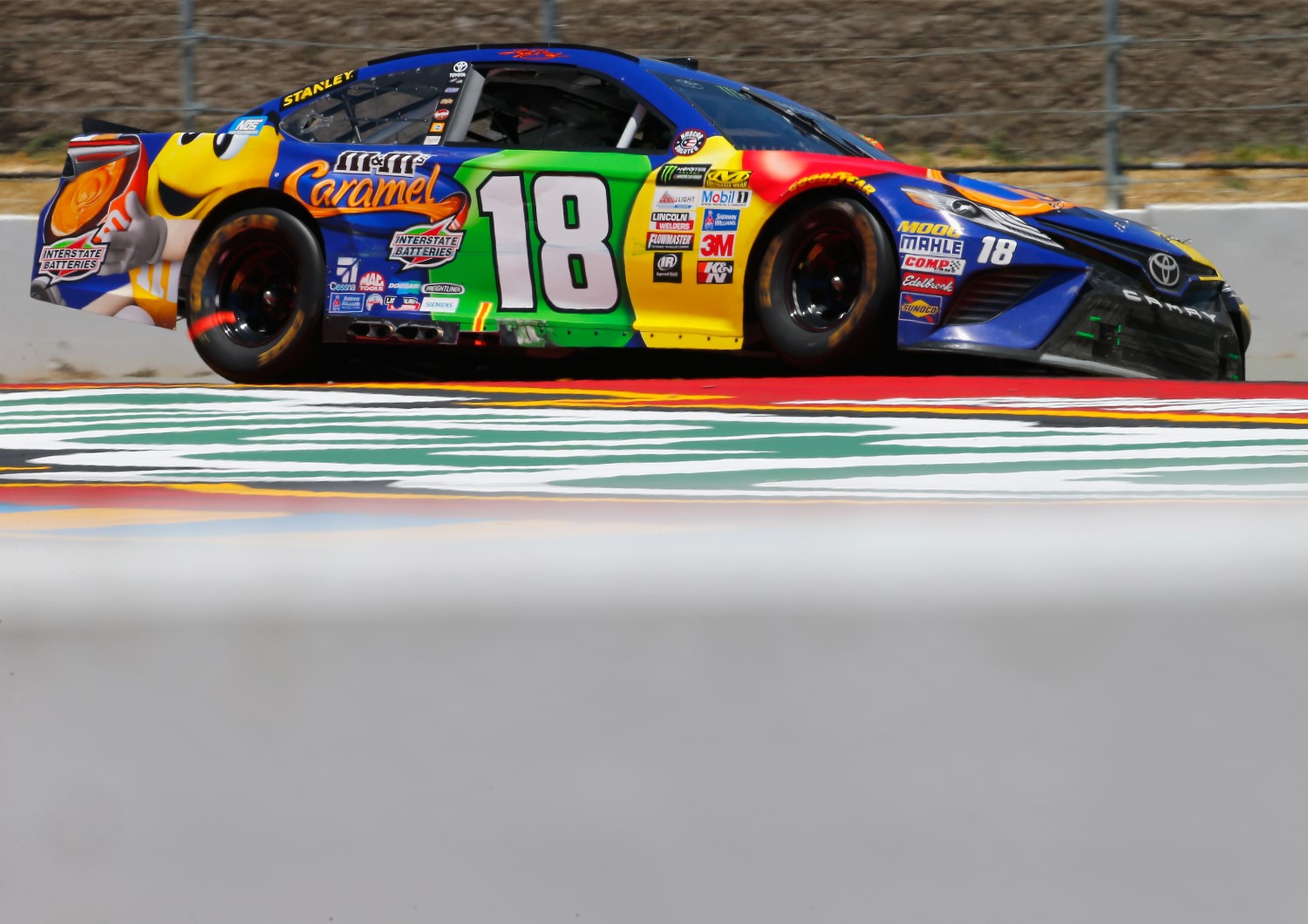 The Joe Gibbs Racing No. 18 Toyota of fifth-place finisher Kyle Busch was found with two unsecured lug nuts in a post-race check Sunday at Sonoma Raceway.

The suggested penalty guidelines in the 2017 NASCAR Rule Book call for a $20,000 fine and a one-race suspension to the crew chief.

The JGR No. 18 operation already is deploying interim crew chief Ben Beshore as a replacement for Adam Stevens, the team’s regular crew chief. Stevens was serving the third race of a four-race suspension for an errant wheel during the Monster Energy NASCAR Cup Series’ June 4 event at Dover International Speedway.