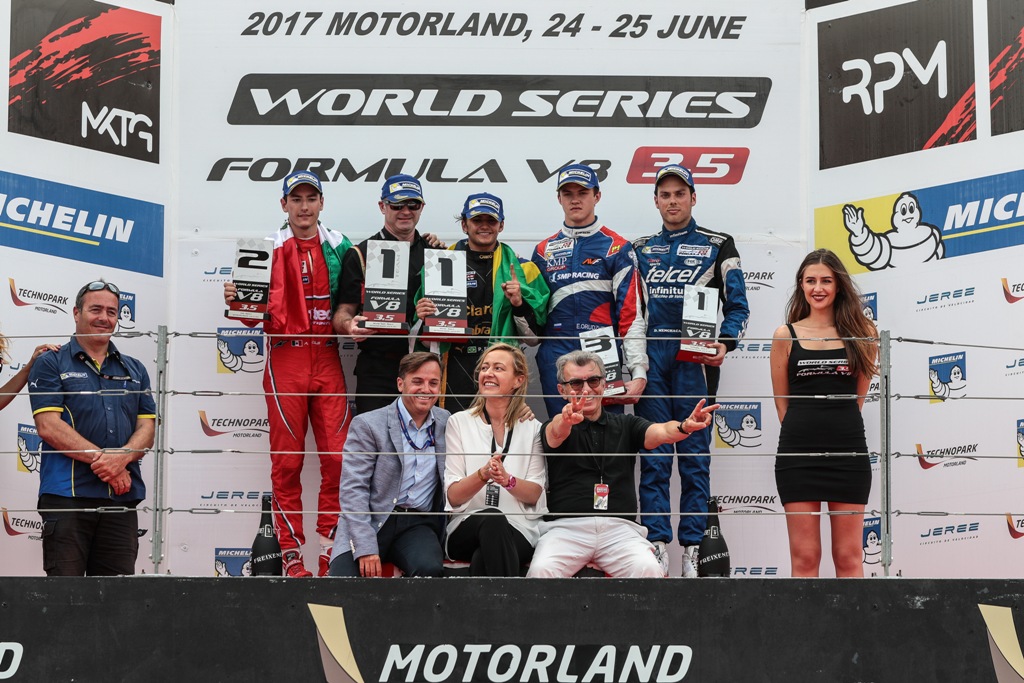 Despite taken pole in both qualifying sessions, Lotus' Fittipaldi was guilty of another poor start in the opening race, and SMP Racing's Orudzhev duly capitalized.

As Orudzhev moved into the lead, Fittipaldi dropped behind several cars before running wide on the run to Turn 4 while battling Konstantin Tereshchenko. Fittipaldi spun off and was unable continue.

Orudzhev remained unchallenged and secured a comfortable win ahead of team-mate Matevos Isaakyan – who had started the race in eighth place – and Fortec Motorsport's Alfonso Celis Jr.

Both Isaakyan and Celis Jr passed Roy Nissany in the closing laps of the race to demote the RP Motorsport driver to fourth, ahead of Lotus' Rene Binder and Tereshchenko.

Fittipaldi responded to his Race 1 disaster by maintaining first place at the start of the second encounter and converting it into a commanding victory.

Elsewhere, it was team-mate and championship rival Binder who had a poor getaway from the front row.

Binder was left battling for fourth place when he clipped the curb at Turn 8 and collided with RP Motorsport's Yu Kanamaru. The damage sustained to the car was enough to force Binder into retirement.

Tereshchenko had climbed up to second place at the start, but mechanical troubles and a spin into the barriers at Turn 5 resulted in a retirement for the Russian.

Force India development driver Celis Jr. was thus Fittipaldi's closest challenger, but the Fortec driver was unable to pose a serious threat and took a comfortable second place over Orudzhev.

Kanamaru improved to take fourth in Race 2, ahead of Isaakyan and team-mate Nissany.