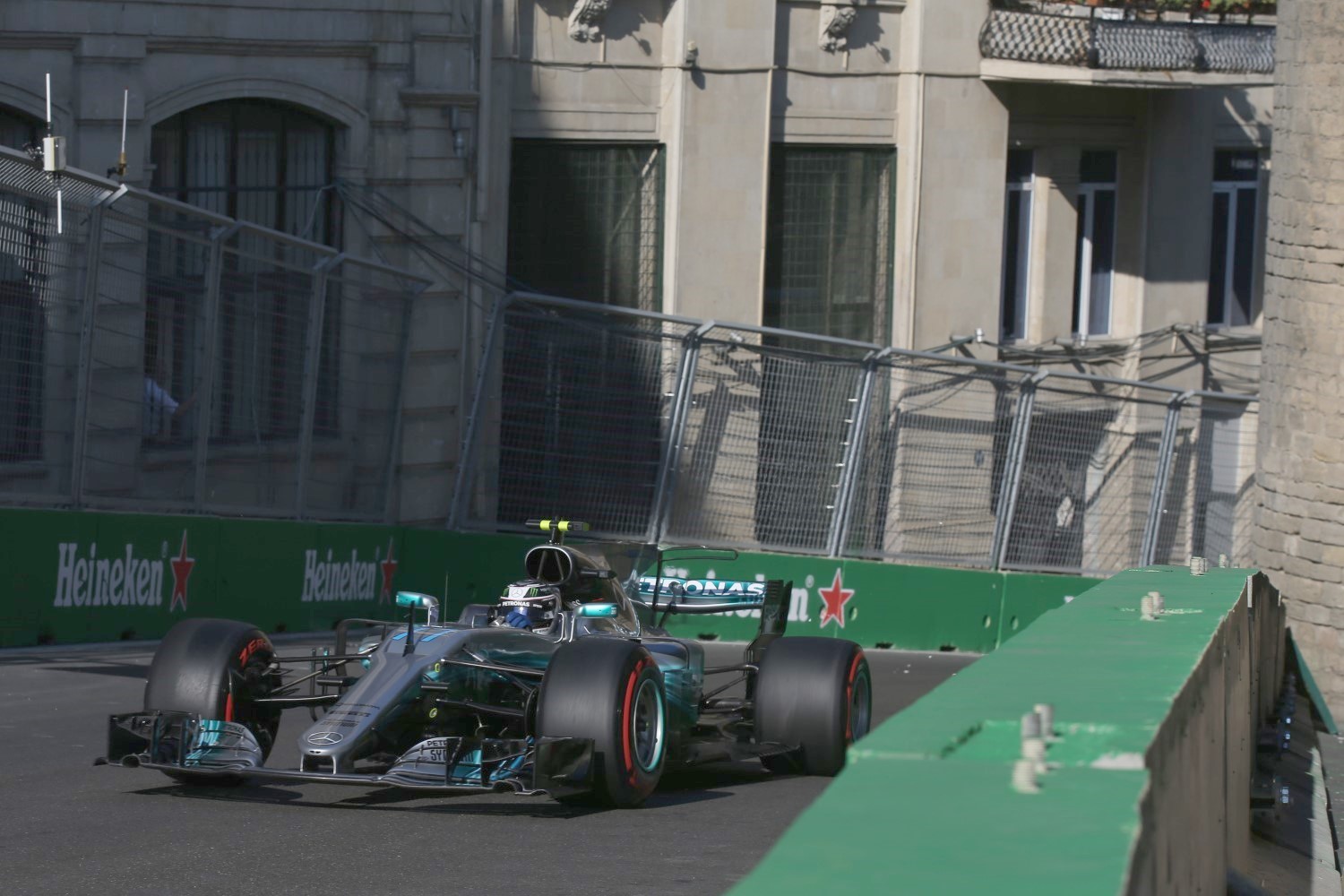 Mercedes driver Valtteri Bottas nipped Ferrari driver Kimi Raikkonen by just 0.095 sec. to lead the final practice session for the Azerbaijan GP. The session was again interrupted by numerous local yellows as driver after driver went down escape road on the slippery track.

Lewis Hamilton was third for Mercedes but his time of 1m43.158s was 0.416 sec slower than his teammate.

Hamilton was closely followed by Red Bull’s Daniel Ricciardo, Force India’s Esteban Ocon, Friday pacesetter Verstappen, and Williams’ Felipe Massa – who was very lucky to survive a brush with the walls at Turn 8, where the curbs were lowered overnight following Friday’s crashes.

Lance Stroll put in another strong showing for Williams around the Baku City Circuit, taking ninth place behind the Toro Rosso of Daniil Kvyat. Sergio Perez completed the top ten in the second Force India.

Sebastian Vettel only turned a few laps at speed as the Ferrari spent most of the session in the garage with major problems.

Fernando Alonso’s second practice in Baku was derailed by a gearbox failure, and not an engine issue, according to Eric Boullier.

Alonso was forced to park his MCL32 on the side of the track during Friday’s second practice for the Azerbaijan GP, crying “engine, engine" as he slowed down.

However, according to racing director Eric Boullier, it wasn’t actually an engine problem.

“It wasn’t an engine failure," he said. “It was a gearbox failure."