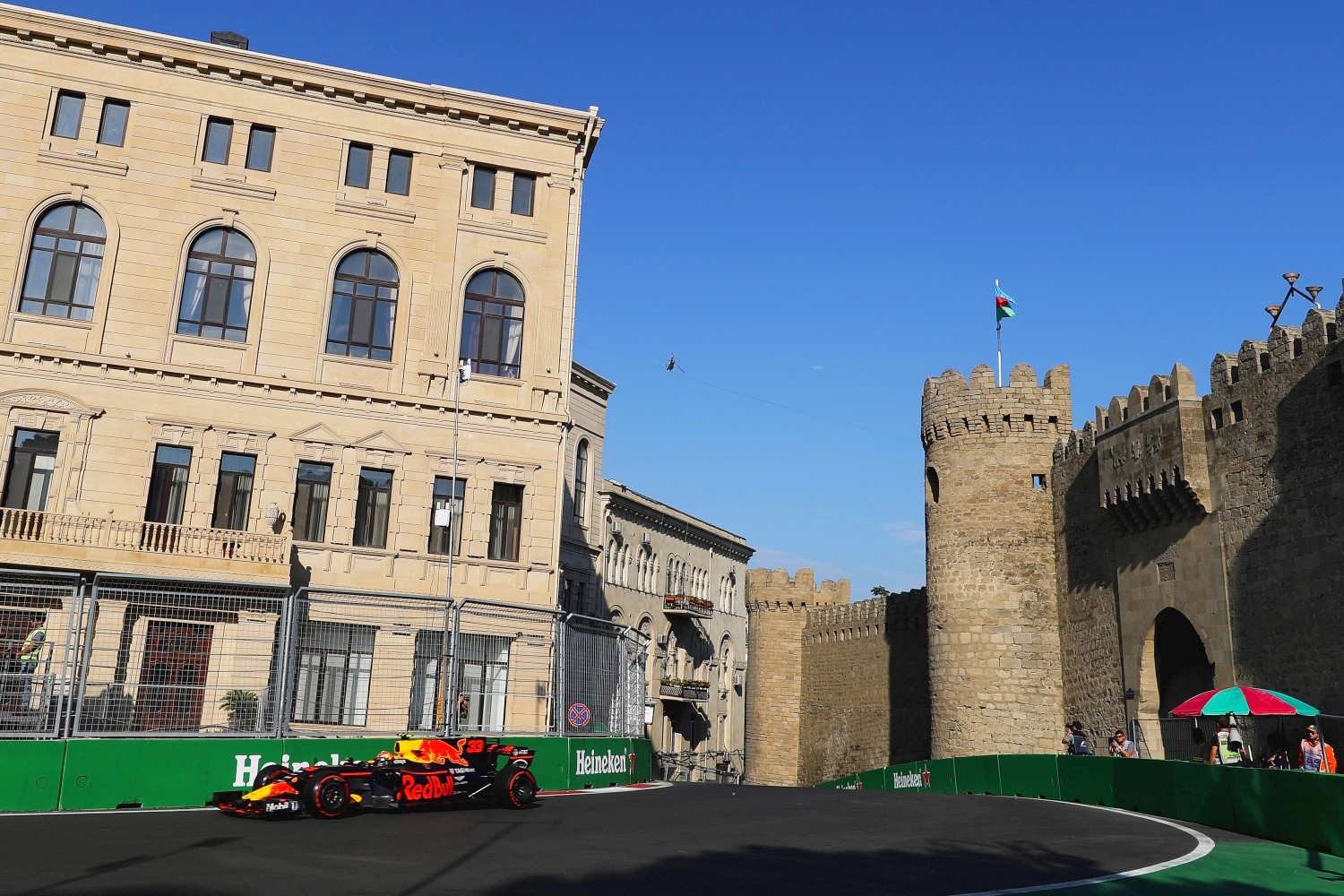 In recent days and weeks, there have been cries of frustration about the Red Bull-Renault situation, but Daniel Ricciardo says the team has been improving the car and it showed in opening practice in Baku.

Verstappen finished half a second up on the third-placed Ferrari of Sebastian Vettel, who unlike the Red Bulls did not set his best time on Pirelli’s quickest, super soft tires. Perez, unhurt in his late off, took fourth place ahead of the Mercedes of Lewis Hamilton and Valtteri Bottas.

The Haas cars set the initial pace, followed by Massa in the Williams, all running the soft tire, before Vettel took over on similar rubber, with 1m 48.108s. Only Red Bull and Sauber’s Marcus Ericsson used the medium at this stage, and the McLarens and Sauber’s Pascal Wehrlein the supersofts. Massa reclaimed top spot with 1m 46.907s, before Perez put Force India ahead with 1m 46.295s, thus beating Hamilton’s 2016 FP1 benchmark of 1m 46.435s. Hamilton himself then broke that with 1m 45.497s.

The track had very little grip, despite the F2 cars having been out earlier. Massa, Raikkonen, Renault’s Jolyon Palmer and Bottas all had spins, while Haas’s Kevin Magnussen, Palmer, Verstappen and Perez all had off-course moments.

As both Ferraris stayed on soft rubber and made visits to escape roads –Vettel in Turns 8 and 3, Raikkonen Turn 18 – and Hamilton’s efforts on supersofts were frustrated by traffic, Verstappen went quickest on the red-banded rubber with 1m 45.409s – hitting 205.5 mph on the man straight – then improved that to 1m 44.410s.

Ricciardo had just joined him with 1m 44.880s when Perez got it wrong going into Turn 8. The Mexican had just gone third on 1m 45.398 on supersofts when he went over the curb on the left-hand side, and slammed the right-hand wheels of his Force India into the outer wall. Out came the red flag for 14 minutes as the huge amount of debris – and what was left of the VJM10 – was cleaned away.

That left only five minutes in which the opposition could have a shot at the Red Bulls. Vettel got down to 1m 44.957s on softs to go third, leaving Hamilton fifth on his soft-tire time and Bottas sixth after he had moved the second Mercedes up to 1m 45.737s on the supersoft tire.

Ocon learned the track quickly to post 1m 45.752s on supersofts for seventh in the intact Force India, as Massa took eighth with his 1m 45.968s on the softs. Raikkonen was ninth on softs in 1m 46.000s.

Toro Rosso chose to do relatively little running as they evaluated new aero components, but Kvyat used his supersofts well to grab 10th with 1m 46.617s.