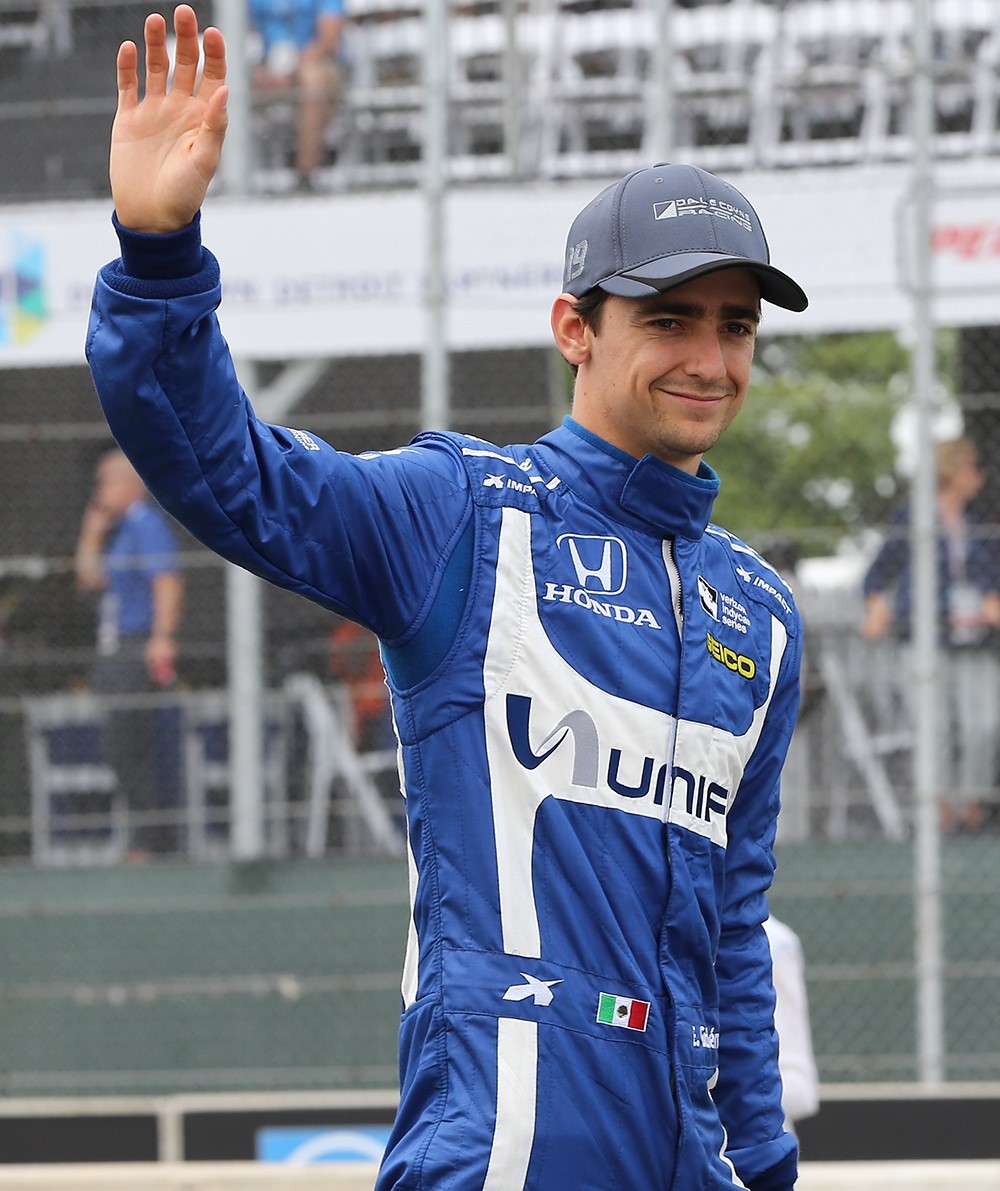 Elkhart Lake, WI (June 22, 2017) – Esteban Gutierrez is returning behind the wheel of the #18 Dale Coyne Racing entry this weekend for the KOHLER Grand Prix at Road America as he will be replacing the injured Sebastien Bourdais for the remainder of the Verizon IndyCar Series season.

"I'm very happy to finally announce my racing program for the rest of the season," expressed Gutierrez. “To represent Mexico in the Verizon IndyCar Series has a huge significance to all the fans that have been following the series through history and I'm very grateful to fill in this position.

“IndyCar has highly competitive teams and drivers and the challenge for me will be great, but I will use all my experience from Formula 1 with Sauber, HAAS F1 Team and Ferrari in order to adapt quickly to the car and the tracks. I look forward to continue working with Dale Coyne Racing and Honda, I put my trust in them to achieve great results together. I cannot wait to jump in my Unifin #18 car at Road America this weekend!"

Gutierrez got his first taste of an Indy car at the beginning of the month when he joined the team for the Detroit doubleheader weekend. While it wasn’t the ideal venue to make his debut, with a tough, physical layout, Gutierrez improved and impressed throughout the weekend finishing 14th in Race 2 while fighting with drivers such as Marco Andretti.

“We’re very pleased that Esteban can join us for the remainder of the season," said Team Owner Dale Coyne. “Esteban did a very good job in Detroit despite having a lot to learn in a short amount of time. He fit in very well with the team and I look forward to our next races with him, starting with Road America this week."

Gutierrez will find himself in familiar territory this weekend having raced at Road America back in 2007 in the Formula BMW USA Series. He, along with teammate and fellow rookie Ed Jones, were also able to test at the 4.048-mile, 14-turn track last week ahead of this weekend’s event.

Prior to joining the IndyCar Series this season, Gutierrez raced in Formula 1 for the Haas F1 team in 2016 following a year as a Scuderia Ferrari test driver in 2015. From 2013 to 2014 he raced with the Sauber F1 team.

In 2007, Gutierrez made his American racing debut when he competed in the Formula BMW USA Series. That season, he scored four wins on his way to a runner-up finish and picked up rookie of the year honors.

Gutierrez and Jones who are both making their first official IndyCar appearance at Road America this weekend will be on track for two practice sessions on Friday, June 23 ahead of Saturday’s 3:00pm local time qualifying.