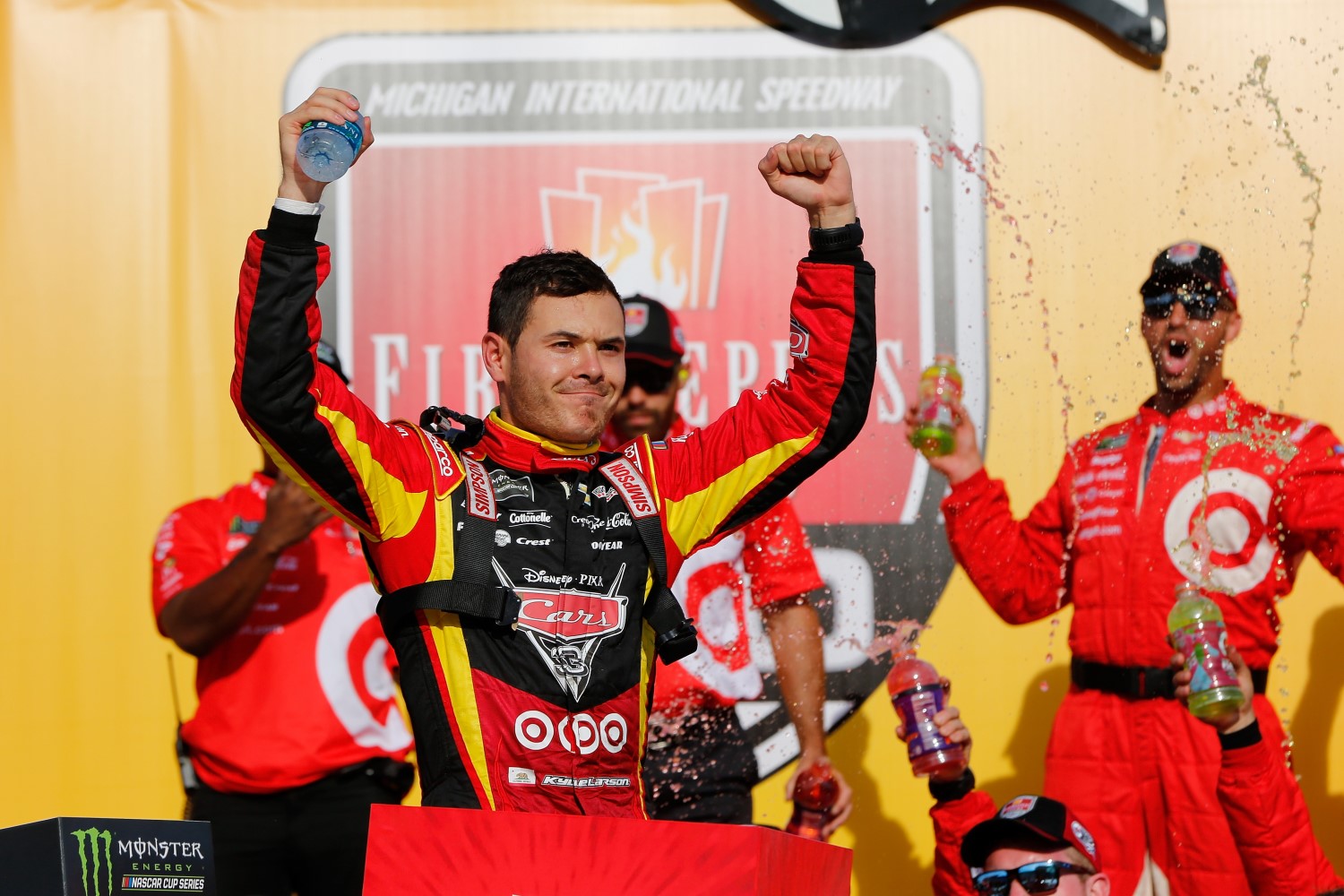 NASCAR driver Kyle Larson's "success and the overall improved performance" in the Monster Energy Cup Series this season for Chip Ganassi Racing "could not come at a better time for Chevy, particularly after the manufacturer saw one of its powerhouse teams, Stewart-Haas Racing, move to the Ford Performance camp in the offseason," according to Jim Utter of MOTORSPORT.com.

Through 15 races, Larson and his teammate, Jamie McMurray, have "shown great progress over last season." Larson has already won twice and leads the Cup standings. McMurray has yet to win, but is seventh in the standings and in "excellent position to make the playoffs."

It was a "slow start to the season for Chevy," as Ford drivers won the first two races and Toyota-backed Martin Truex Jr. "dominated on his way to victory in the third race at Las Vegas."

But with the recent retirements of Chevy drivers Tony Stewart and Jeff Gordon — plus Dale Earnhardt Jr. at the end this season — Larson’s rise is "helping to refill some of the manufacturer’s lost star power." MOTORSPORT.com