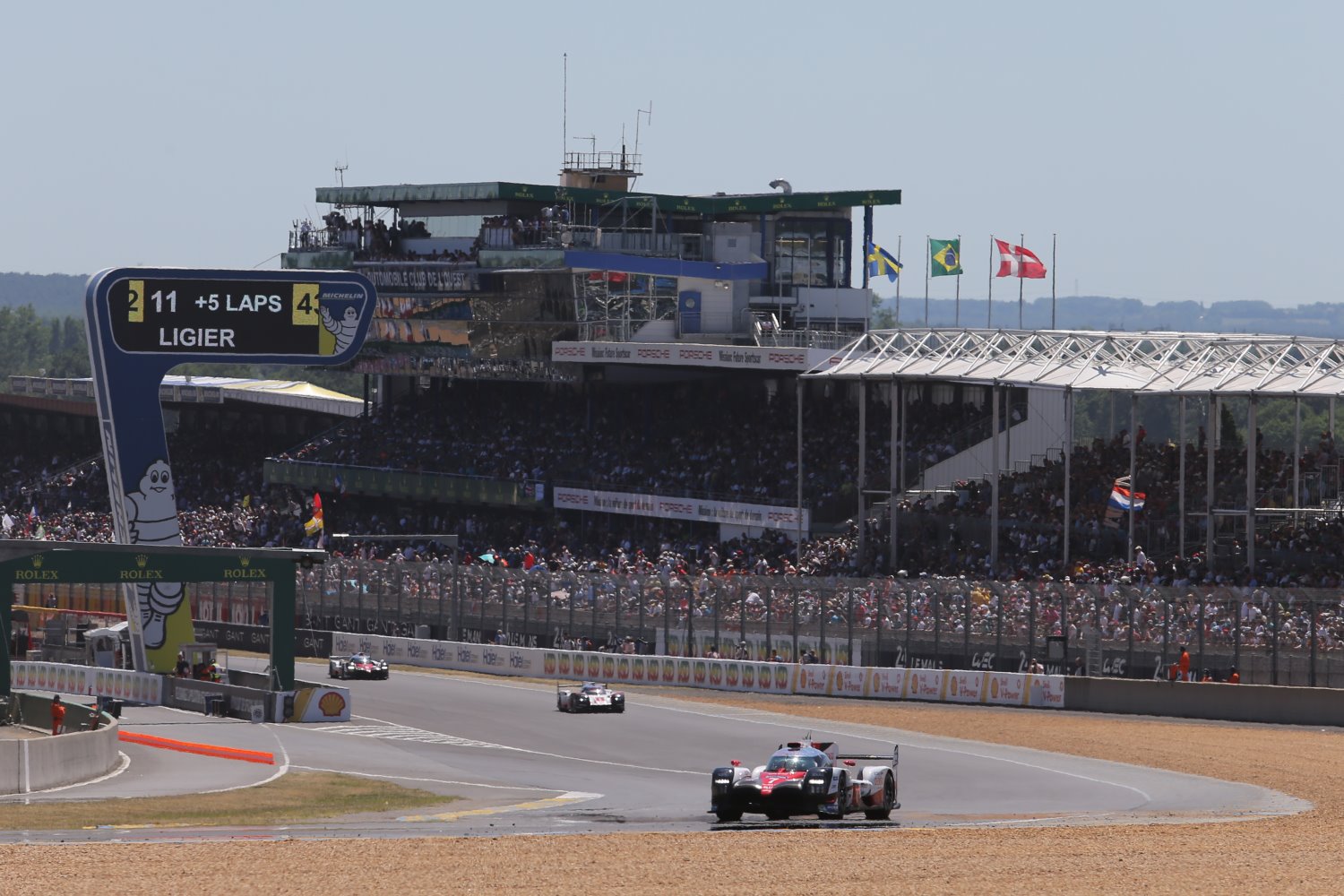 The top class has settled into a rhythm with the #7 Toyota (Sarrazin) continuing to lead the #8 Porsche (Lotterer) by nearly 28 seconds. The #8 and #9 Toyotas follow. The #2 Porsche is still numerous laps down after its long stint in the garage.

The #29 Dallara (Lammers) was pushed back into the garage for a nose change, but it is back out on track.

Vaillante Rebellion is still the team to beat, running 1-2 with the #31 ORECA (Senna) and the #13 ORECA (Piquet Jr.). CEFC Manor TRS Racing (#24 ORECA) and Jackie Chan DC Racing (#38 ORECA and #37 ORECA) are sticking with them, but the #37 has just spun in the Porsche Curves with David Cheng at the wheel.

The #97 Aston Martin (Turner) still leads the way in class and is getting a boost from a battle taking place behind him. Marcel FÃ¤ssler has had a tremendous stint in the #64 Corvette and is putting lots of pressure on the #67 Ford driven by Andy Priaulx. FÃ¤ssler has now handed the Corvette over to Oliver Gavin and the #66 Ford (MÃ¼cke) has taken its place in third.

The class lead is continually up for grabs here. Paul Dalla Lana currently holds the top spot in the #37 Aston Martin, but is being hounded by the #38 Ferrari of Robert Smith. Another Aston Martin, that of Salih Yoluc (#90) is third for now, but the #77 Dempsey-Proton Racing Porsche is on a tear and was up to fourth at one point. That spot is now occupied by the #62 Ferrari driven by Bill Sweedler.