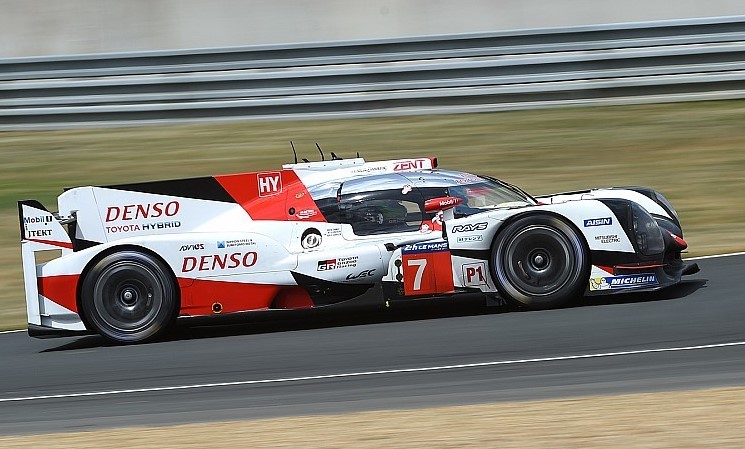 The order is the same, but the drivers and the gap have changed. The #7 Toyota is still the leader, but now Kamui Kobayashi is behind the wheel and has pulled out a 28-second gap over teammate Anthony Davidson in the #8.

Porsches are third and fourth with Nick Tandy in the #1 followed by Earl Bamber in the #2.

Vaillante Rebellion have an inter-team fight on their hands! The #31 ORECA with Nicolas Prost at the wheel had been leading his teammate Mathias Beche in the #13 ORECA, but Beche caught his teammate after a string of quick lap times and has taken the class lead.

Jackie Chan DC Racing continues to be the nearest challenger, but it is the #37 ORECA with Alex Brundle aboard that will have to shoulder the work. His teammate Thomas Laurent in the #38 ORECA went off course at Indianapolis, grazed the tires and lost some time.

Aston Martin is very strong in LMGTE Pro; the #95 (Sorensen) and #97 (Serra) have locked up the top two positions. Only now and then are they being challenged by the #66 Ford (Pla) or #67 Ford (Tincknell) and the #51 Ferrari (Calado).

Aston Martin also leads in LMGTE Am, but they need to beware of Dries Vanthoor in the #84 Ferrari. Since taking over the car, Vanthoor has climbed up to second behind the #98 Aston Martin driven by Paul Dalla Lana. The #62 Ferrari has fallen to third with Bill Sweedler at the wheel.