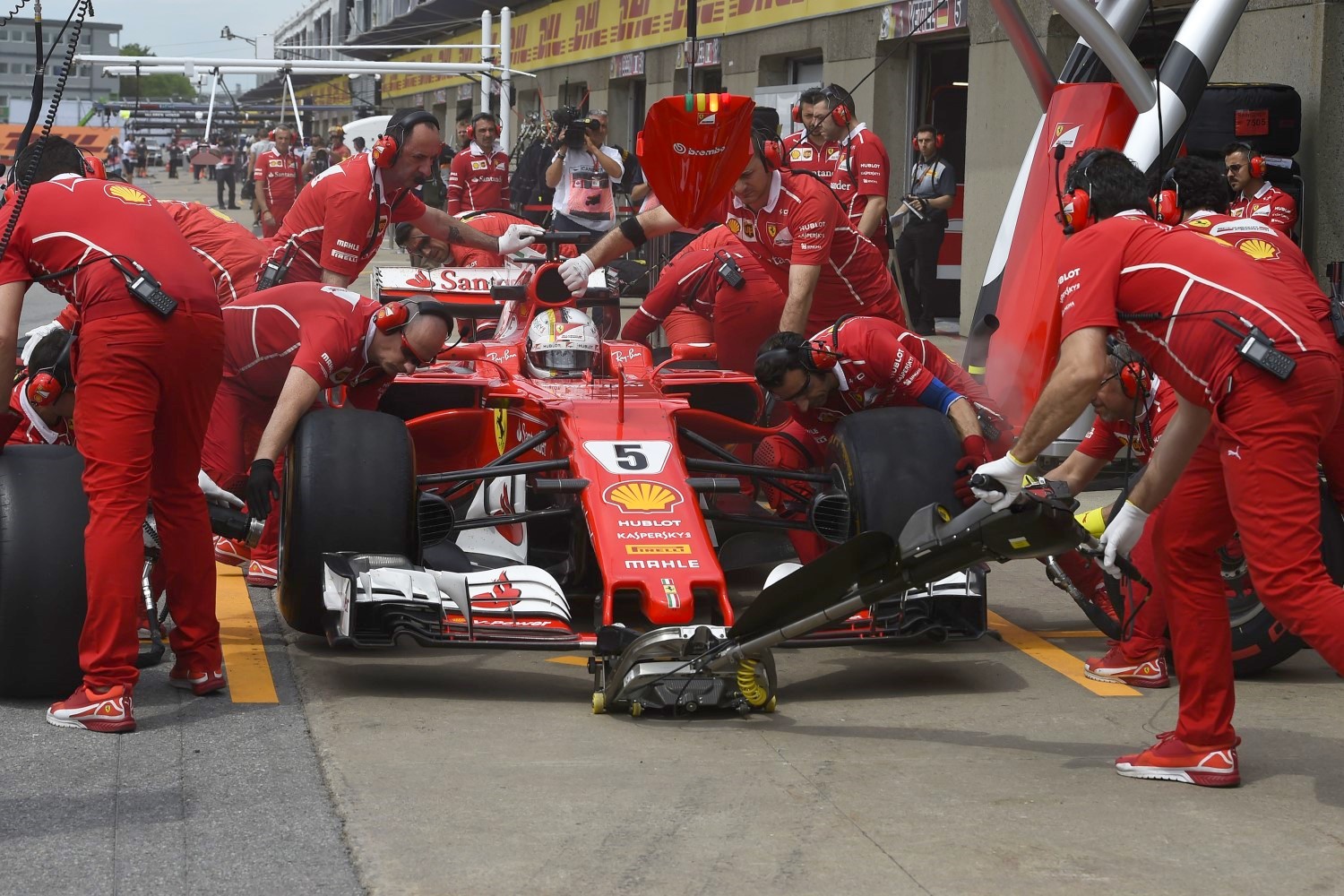 #5-Sebastian Vettel is already 2/10th of a second under Lewis Hamilton's pole time from 2016 as Ferrari ran 1-2 in final practice for the Canadian GP at Montreal. Vettel's lap of 1m12.572s was faster than his Ferrari teammate #7-Kimi Raikkonen by 0.292s and the man who has dominated the Canadian GP in recent years Lewis Hamilton in the #44 Mercedes by 0.354s.

Red Bull's Max Verstappen and Valtteri Bottas in the 2nd Mercedes rounded out the top-5.

How confident is Vettel? He's been waving to the crowd all around the track.

Renault’s Nico Hulkenberg, Williams’ Felipe Massa and Red Bull’s Daniel Ricciardo were the other men to get with a second of Vettel, while Force India’s Esteban Ocon and Toro Rosso’s Carlos Sainz completed the top ten.

Despite a few near misses with the Montreal walls, it was a session of mercifully little drama for the drivers, with all of them completing at least 18 laps around the Ile Notre-Dame.