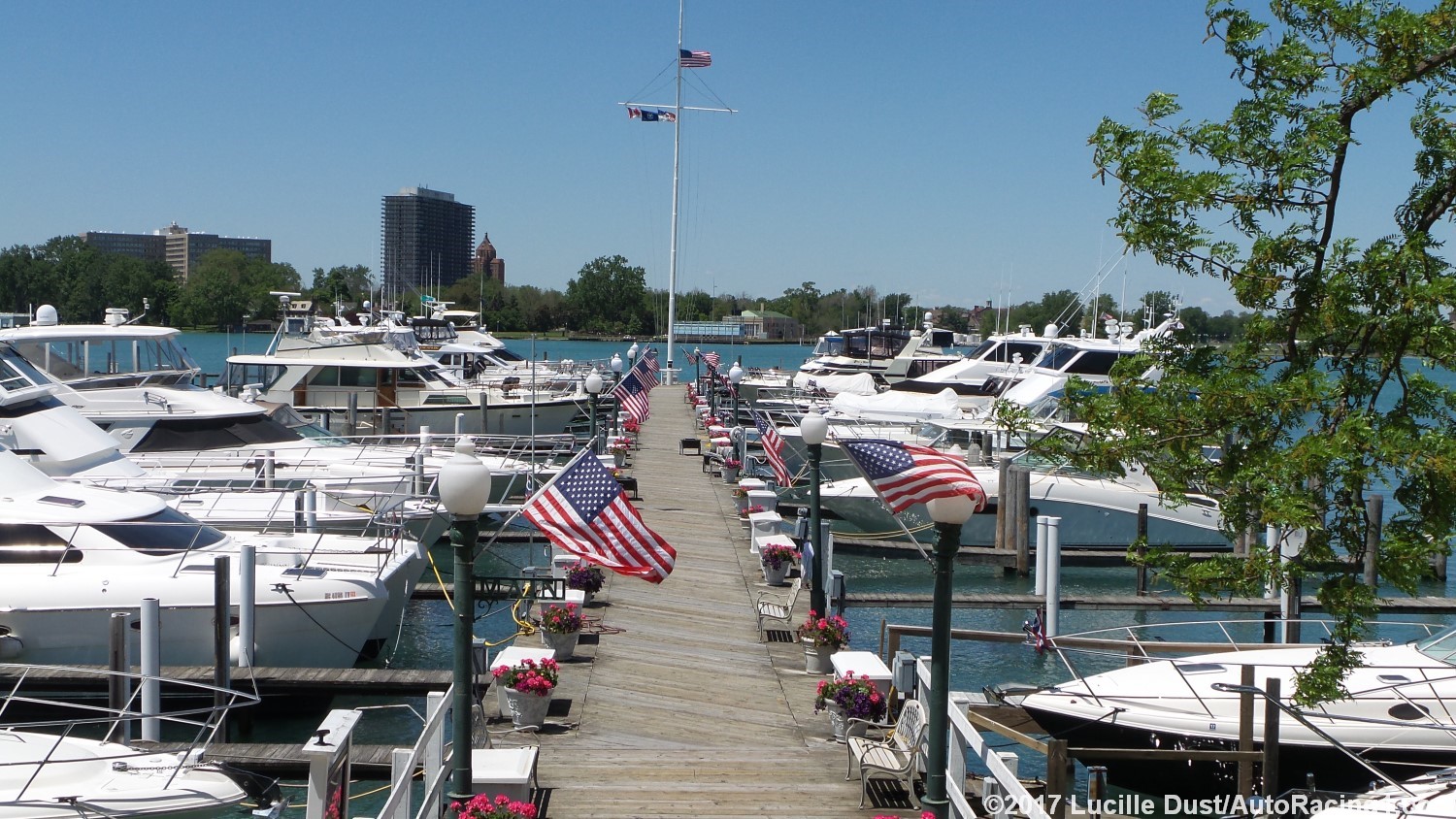 Good morning from the Chevrolet Detroit Grand Prix presented by Lear. We are back on the historic Island that is a 982 acre park in the Detroit river, separating the United States and Canada. Since 2013, the format has been two separate races, one held Saturday and one Sunday. Both races pay full points and there is a qualifying session each morning for the race that will start at 3:45 pm both days. Weather should be perfect on Friday and Saturday with upper 70s and sunshine.

The most anticipated question of the week was who would Dale Coyne Racing put into the injured Sebastien Bourdais' number 18 car. Esteban Gutierrez, a 25 year old Formula E driver who hails from Monterrey, Mexico, will be driving the Sonny's BBQ sponsored entry this weekend. Gutierrez drove in Formula One from 2011-2014 with the Sauber Team. He then moved on to join Scuderia Ferrari as a test driver in 2015 before competing for a full season with the Haas F1 team in 2016. This weekend will be his first time in an IndyCar.

Bud Denker, Chairman of the Chevrolet Detroit Belle Isle Grand Prix, told the media yesterday that the back stretch has been repaved and some of the bumps are smoothed out. There is a new grandstand on the backstretch, a place where fans were never able to access before this year. And the fans will also have access to the James Scott Memorial Fountain, which had always been blocked off during race weekend.

Helio Castroneves, who pilots the Team Penske Hitachi sponsored number 3, won his first race here in Detroit for Team Penske back in 2000. That was the first time he stopped his winning car on the front stretch, got out and climbed the catch fence earning him the nickname of "Spider Man". Castroneves commented on the track surface. "Bud told me they were going to smooth the race surface and I replied, Why are you going to change the track? The track is perfect."

Josef Newgarden, Castroneves' teammate driving the Hum by Verizon entry, also commented on the new surface. "I think the level of bumps is just about right actually."

On a different note, I noticed a "Mr. I" button on some of the hotel staff. Being the curious one, I asked what this meant. They stand for Mr. Michael Ilitch Sr., who passed away February 10, 2017. Illitch was the founder and owner of the international Little Caesars Pizza, which he and his wife started in 1959 in Garden City, Michigan. He also owned the Detroit Red Wings of the National Hockey League and the Detroit Tigers, a Major League Baseball team.

Ilitch was at the center of Detroit's downtown redevelopment efforts. He purchased and renovated the Fox Theater and relocated his business headquarters there.

The Red Wings will wear a patch on their right shoulders in his memory, which will feature his nickname "Mr. I" in a rectangle, for the remainder of the 2017-2018 season. The Wings and the Pistons, the NBA team in town, will be playing in a new arena this September. The Little Caesar Arena, located in Midtown Detroit, will replace the Joe Louis Arena and the Palace of Auburn Hills.

This weekend's schedule is pretty packed with an IMSA race on Saturday, two Super Stadium Truck races and two races for the resurrected Trans-Am series. IndyCars have two practice sessions today at 10:20 am and 3:30 pm for 45 minutes each.

AR1 will keep you updated throughout the day….