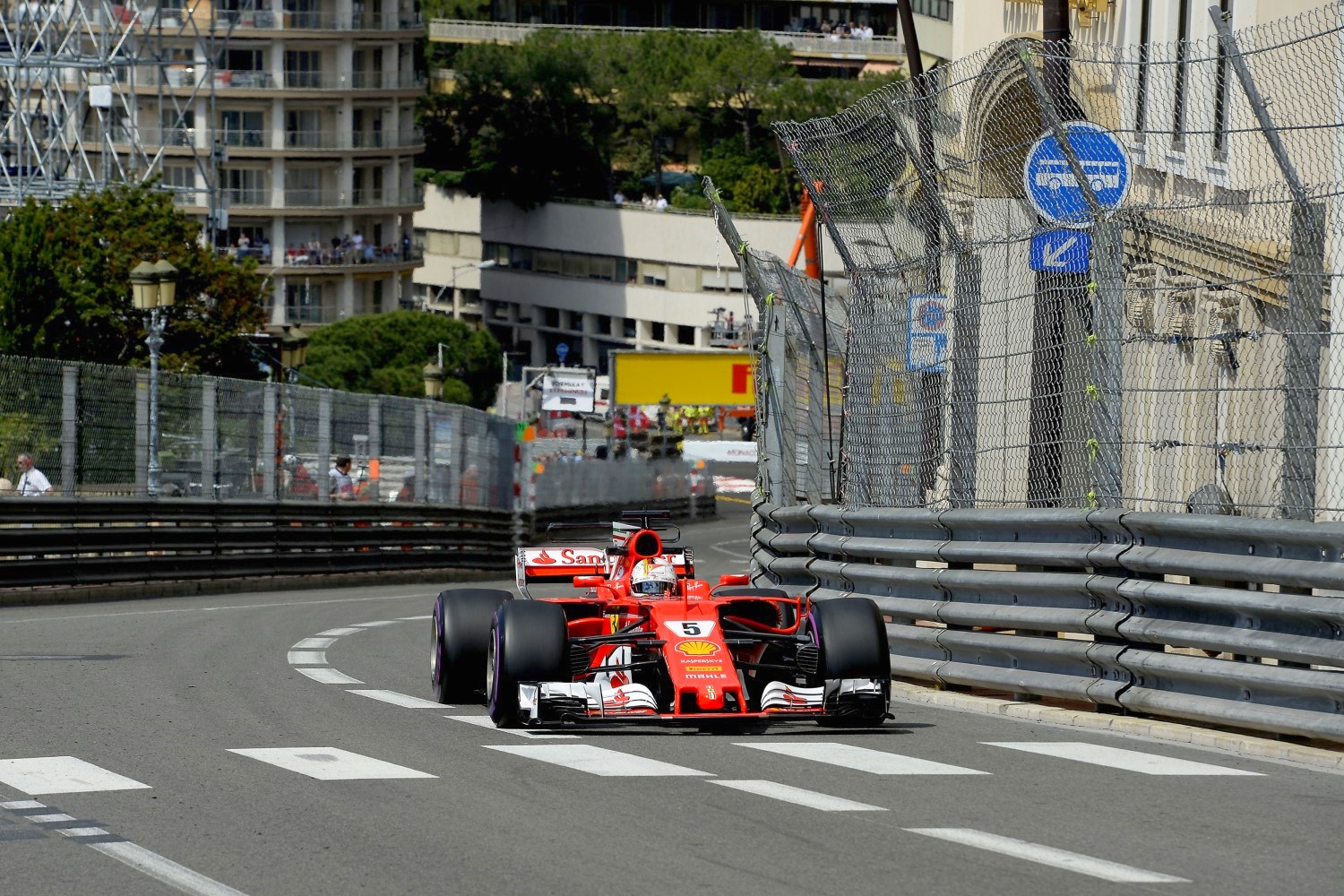 Some suspect that with Sebastian Vettel leading the world championship, the Italian team's pit strategy was an obvious ploy to drop Raikkonen behind his German teammate.

"Kimi drives not only for Ferrari — he also wants to win races," he said.

"Both are fabulous, so I stress again that Ferrari does not give team orders."

Alesi, most famous for driving for Ferrari in the 90s, agrees: "I can understand Kimi's disappointment — he had a great weekend.

"But Vettel won with a clear victory. It reminded me a bit of the final at Roland-Garros: when one wins, the other is always unhappy. But everything was decided on the track," the Frenchman is quoted by Canal Plus.

"The team did nothing to favor a driver and I have nothing to add," said Alesi.

Another former Ferrari driver and Frenchman, Alain Prost, commented: "We did not know how Ferrari would react at Monaco, especially in comparison to Mercedes with its long wheelbase but also relative to Red Bull who perform very well.

"Now we have the answer: Ferrari are good everywhere. They have a great chassis and two great drivers. Both drivers are able to be ahead, even Kimi Raikkonen, so I do not believe there is a number 1 driver in the team," he said.

"I would just say that Sebastian is a notch above as he is very consistent and will be very hard to beat," Prost added.

(GMM) Fernando Alonso is hopeful the second half of the 2017 season will be better for McLaren-Honda.

The Spaniard insists he has no regrets about sitting out Monaco, after instead bidding for victory at the Indy 500. Ironically, it was a Honda engine failure that ended his day.

But Alonso will return to his recently Jenson Button-occupied F1 car in Canada next weekend.

"For the future, in Canada, we will try to keep improving again," said the 35-year-old this week in New York, according to the Spanish daily Marca.

"The car seems to perform better every time, with the seventh on the grid in Barcelona and having both cars in Q3 in Monaco.

"In the second half of the season we will be more competitive," Alonso predicted.

Beyond that, however, Alonso's future is decidedly clouded. His McLaren-Honda contract is up, and he is not ruling out a move to a rival team.

"For the future nothing is clear, but I see more possibilities than ever. It's still early," he insisted.

"After the summer I will calmly look at everything and choose the way that appeals most to me. I have ruled out nothing and am open to everything. My ambition is always to win," said Alonso.

(GMM) Ferrari got a head-start with its title-challenging car for 2017.

That is the claim of Toto Wolff, boss of the Mercedes team which won the last three drivers' and constructors' championships on the trot.

Ferrari's Sebastian Vettel, however, is now 25 points clear in this year's chase, while the Italian team is leading Mercedes by 17.

"To our knowledge, Ferrari started development of its car very early — in December 2015. For us it was only March 2016," Wolff told Suddeutsche Zeitung newspaper.

"By then, Ferrari already had more than 50 per cent of its resources on the new car," he added.

"Ferrari has perhaps a 16 week lead, and in that time you can find downforce worth four or five tenths," said Wolff.

As far as the drivers' crown goes, Ferrari might also have a tactical edge.

The team is denying it, but there are suspicions Kimi Raikkonen was deliberately disadvantaged by Ferrari so that Vettel could win last Sunday at Monaco.

"Of course you have to ask that question, even if there was no need for them to do so," former F1 driver Alex Wurz told the Austrian broadcaster ORF.

"But obviously the world championship is in the foreground," he added.

Sunday's events left Raikkonen obviously upset, but La Gazzetta dello Sport says it is a "nice problem" for the Maranello team to have.

"It was similar for Mercedes with Lewis Hamilton and Nico Rosberg," said correspondent Luigi Perna.

"It will now be interesting to see how Ferrari handles it. Kimi almost never shows his emotions in the way he did in Monaco," he added.

It could actually be a timely boost for Finn Raikkonen, as speculation had already started to bubble that Ferrari might replace the 37-year-old for 2018.

"His contract is coming to an end, I believe he would like to race again next year and it will be possible if he continues to go as he did in Monaco and does not cause difficulties within the team," said Perna.

(GMM) Pirelli has hit back at claims its 2017 tires unfairly favor the Ferrari team.

Many have admitted their surprise that, notwithstanding the big rule change this year, the Italian team managed to close a big gap to Mercedes over the winter.

"I just don't know how Ferrari managed to strike back, especially given how far behind they still were last year," he told Sky Italia.

Indeed, even Pirelli CEO Marco Tronchetti Provera admits that "A strong Ferrari is good for F1".

It has triggered rumors that Pirelli's 2017 tires, obviously more suited to the Ferrari than the Mercedes at present, were deliberately developed that way.

"The tires are the same for everyone," he told Italian radio Rai.

"Mercedes has celebrated great successes and at the moment are in a bit of headwind, but I am convinced that they will soon be back.

"The reason for Ferrari's good performance? It is simply that the team built an excellent car. Perhaps this progress surprised some people but we should recognize the achievement," Tronchetti Provera added.

Actually, some saw Ferrari's strong performance coming in advance, with Sebastian Vettel in particular volunteering at every opportunity to help Pirelli test its 2017 tires.

"He was always available to us, when so many others were not."

Organisers of the Australian Grand Prix say that the 2018 event will return to a mid-March slot, and remain as Formula 1's season-opener.

The 2017 event kicked-off the current campaign on the last weekend of March, though next year's race is set to take place a week earlier, in order to avoid a clash with the Australian Football League.

Officials have been discussing the schedule with new Formula 1 owners Liberty Media and are confident of moving the race.

The event is set to be maintain its status as the championship's curtain raiser next year.

"The first race of the season is going to be in Melbourne and we're working with FOM on the date," Westacott added.

The Australian Grand Prix has a contract with Formula 1 through to 2023.

Pirelli was given control over tire sets for the first five rounds, given 2017's regulation overhaul, but from Monaco, drivers again had freedom to choose 10 of 13 tire sets.

After Ultra Softs were stacked up for Monte-Carlo, the purple-marked rubber is again the favorite for Montréal, with drivers picking at least seven sets.

McLaren's choice is the most aggressive, with 10 sets of Ultra Softs per driver, while Ferrari has chosen nine, followed by Mercedes, Force India and Toro Rosso (eight).

Super Soft choices range from one set (Stoffel Vandoorne) to five sets (Red Bull, Romain Grosjean and Lance Stroll), with Soft allocations from one to three.