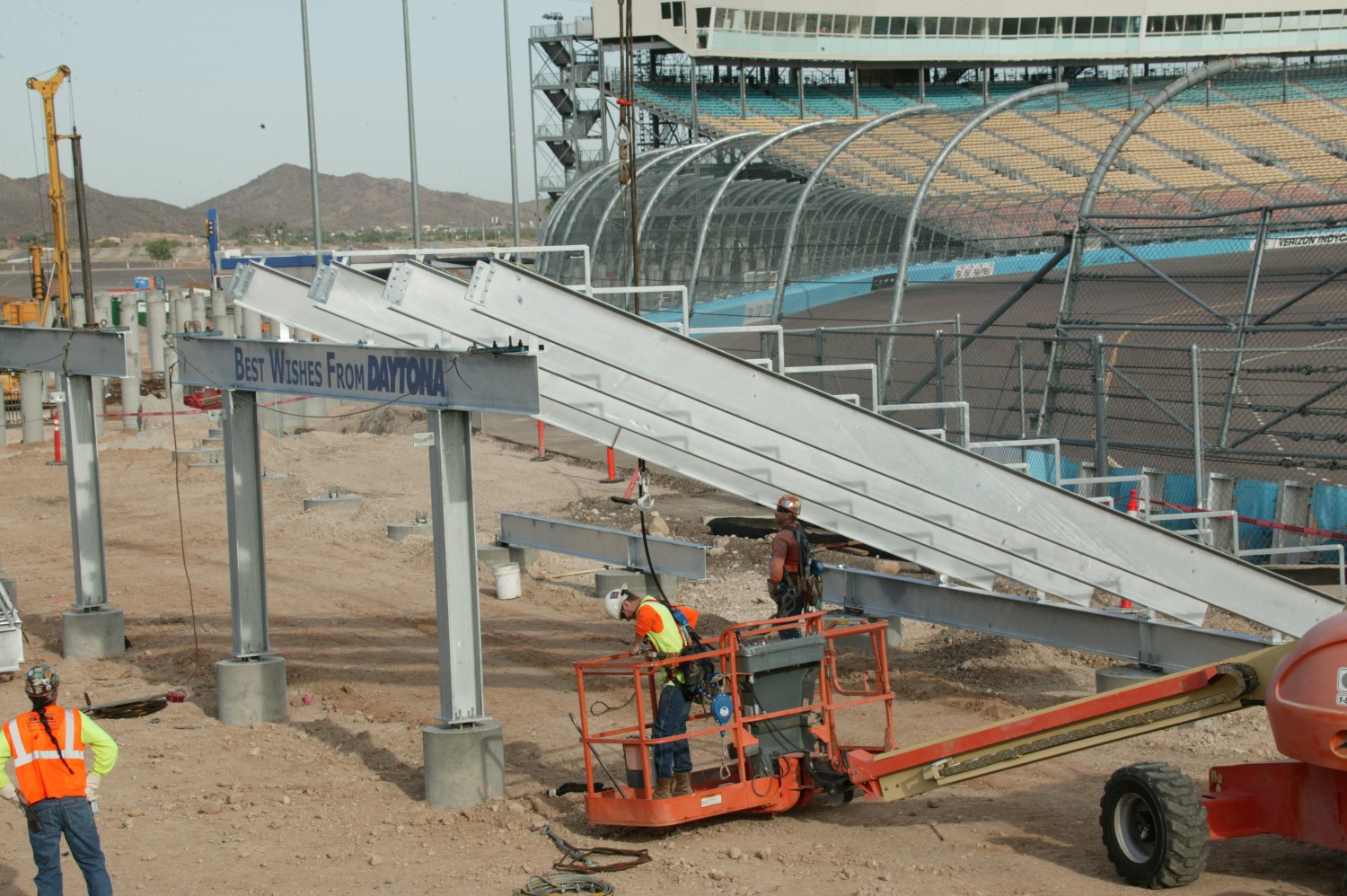 On Tuesday morning, the first piece of steel was installed for the new grandstand structure as part of the $178 million Phoenix Raceway Project Powered by DC Solar.

After arriving onsite as part of a special parade ceremony last week, the beam is the first to be placed in the grandstand addition that will overlook the famous dogleg. Nearly 2,000 tons of steel will be installed by the project’s completion in November 2018.