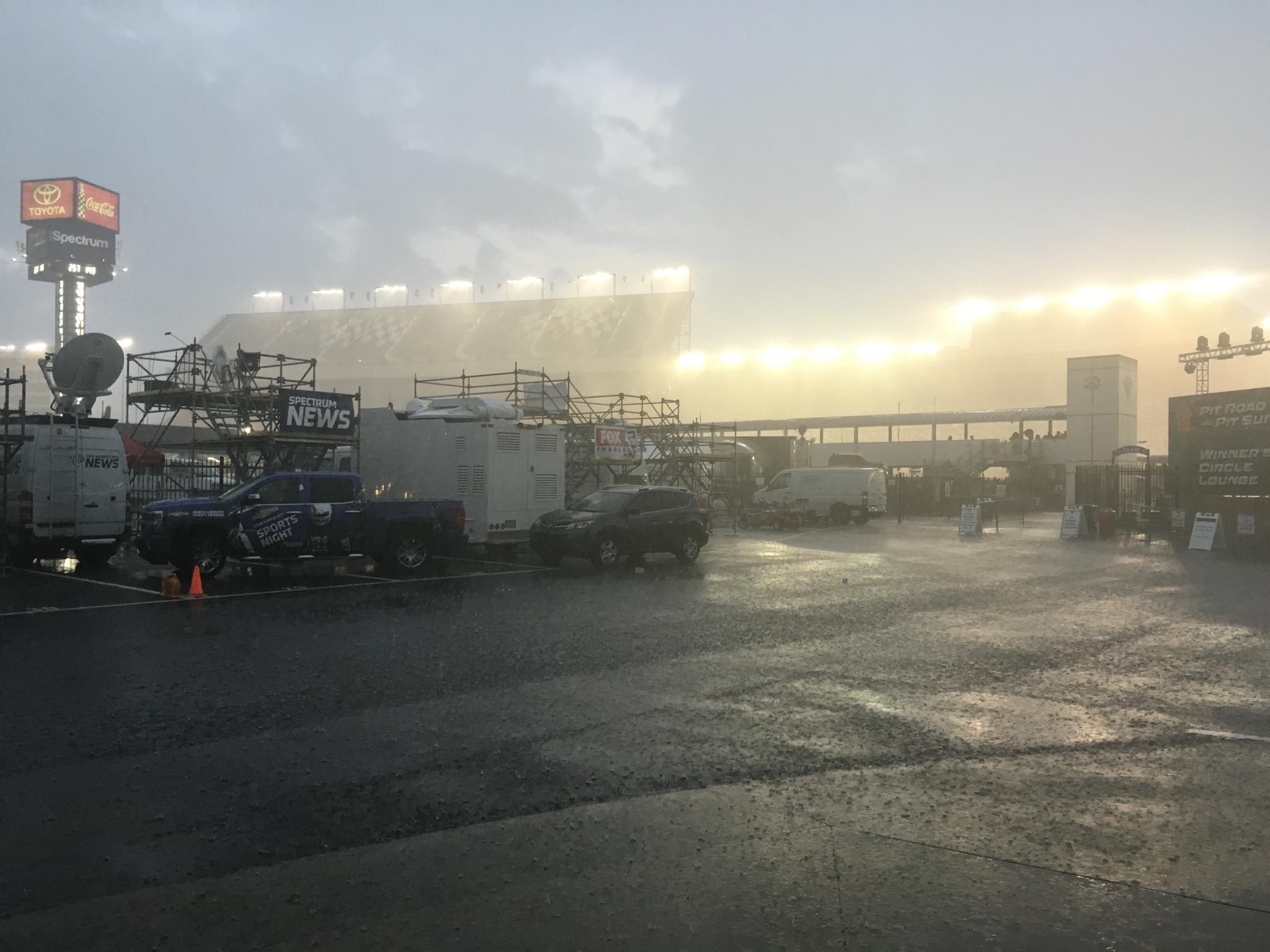 UPDATE 9:35pm Engines have been fired in the Coca Cola 600 at Charlotte Motor Speedway and the red flag has been lifted.

UPDATE 9:30pm Drivers have been called back to their cars, and NASCAR expects to go back racing around 9:40 pm. The radar is clear to our west and it looks like we'll be rain-free for the rest of the distance here at Charlotte Motor Speedway.

8:30pm Rain has moved out here at Charlotte Motor Speedway and track drying is underway. NASCAR expects an hour-to-two-hour delay before we go back racing in the Coca Cola 600.

8:00pm The Coca Cola 600 is currently under a rain delay after the skies opened up about just before 8pm at lap 143 of the 400-lap race. NASCAR brought the field to pit road and put the race under a red flag, while the speedway asked fans in the grandstands to seek shelter.

Drivers were allowed to exit their cars and most headed to the motorhome lot, indicating they expected it to be a lengthy delay.