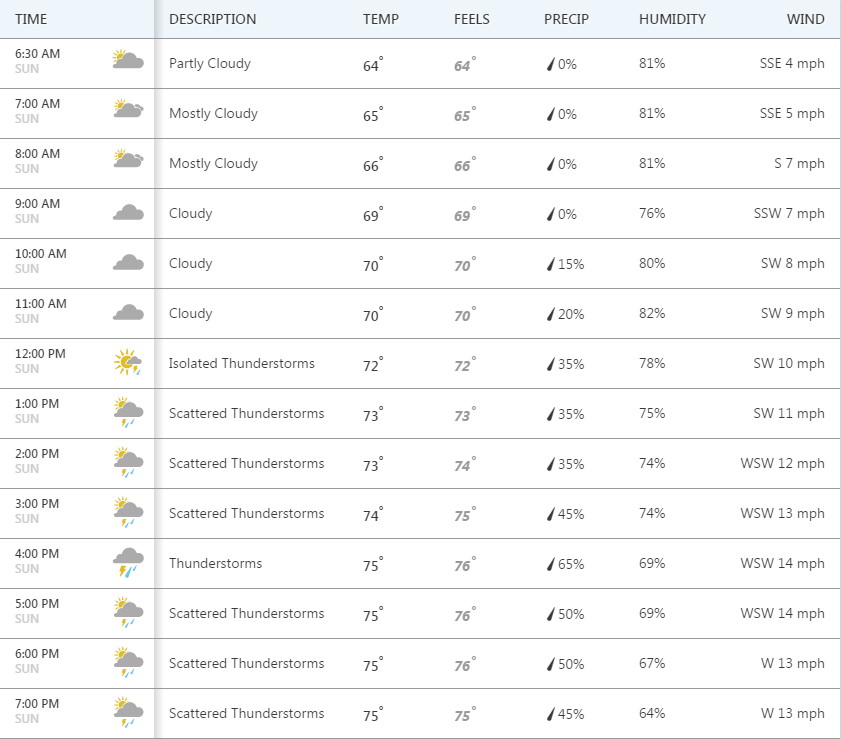 UPDATE Sebastien Bourdais will soon talk to the media here at IMS. The announcement was met with applause. We'll have a full transcript as soon as it's released.

We're all meteorologists at IMS. Current race forecasts have us getting at least half of the race done before significant threats of rain. Some 20 years ago, funnel clouds moved thru the area at the end of the race, when most of the crowd was stuck in traffic — highlighting that the decision to end the race might not entirely be an on-track matter.

Security here is tight due to the attendance of Vice President Mike Pence. Mind you, this is not a political thing — anyone who has had the President visit their town knows the kind of headache that comes with Secret Service security measures. However, traffic seems to be doing well, considering that they're expecting 300,000 fans this year.

And yes, Pippa could've won last year, on the same mileage strategy that gave Alexander Rossi the win. At the end of the race, the Coyne crew called Pippa to refuel, figuring that she wouldn't make it to the end of the race. However, equipment problems meant that no fuel went in — and Pippa ran it to the end. If she wouldn't have pitted, there is every chance that she would've been on the Borg-Warner.

Good morning from the Indianapolis Motor Speedway and the 101st Running of the Indianapolis 500 presented by PennGrade Motor Oil. The biggest day of the year for the 33 IndyCar drivers that will be competing for the chance to get their face on the Borg Warner Trophy.

There is some activity at the track already. The multitude of television crews are arriving and firing up their equipment. Pit lane is quiet and dark.

The traditional bomb will go off at 6 am signaling the opening of the gates for the general public this morning. 300,000 people are expected to walk through the gates today. Yes, the weather may affect the schedule today. The rain that was predicted for last night did not happen, so it is dry at the moment and 65 degrees. But the forecast keeps changing and the chance of scattered thunderstorms has now been pushed to later in the day, like around 1 pm.