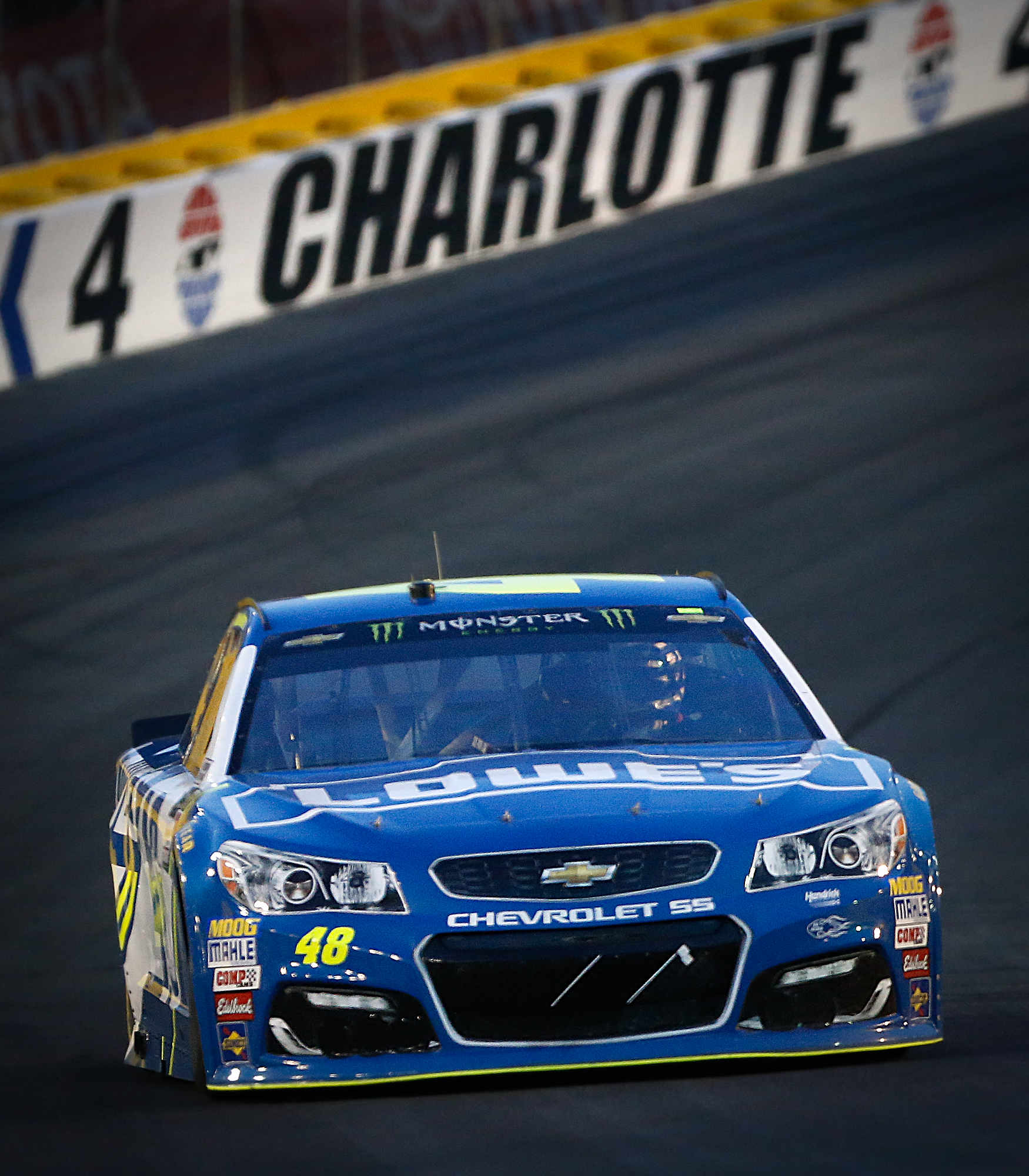 Last weekend at Charlotte Motor Speedway, fans were left unsatisfied with a strung out single file affair for the Monster Energy All-Star Race. So ahead of the Coca Cola 600, track officials chose to lay down a resin called VHTthrough the high groove of the 1.5-mile’s corners to improve the racing.

They are wasting their time with this gimmick, it's not going to work.

Dale Earnhardt Jr. said he got loose in turn three, sending him up into the second groove and didn’t feel any difference from last weekend. Meanwhile, Kyle Busch ran the second groove during XFINITY practice, saying it was "pretty slick."

"I never found any of it (asphalt additives) that worked," pole-sitter Kevin Harvick said. "Everything is still right on the bottom. There’s no speed right now in the middle or top of the race track, even in XFINITY practice."

The same substance was used at Bristol Motor Speedway earlier this season, and seemed to produce side-by-side racing through the second half of that event. However, the half-mile is concrete whereas Charlotte is asphalt.

"Bristol is a lot different, a lot shorter race track; we’re not going as fast, (and it is) a concrete race track," Ryan Blaney said. "You don’t know how that substance they use is going to combine with asphalt."

In Bristol the groove improved throughout the weekend because more and more rubber was laid down, not because of the silly additive.