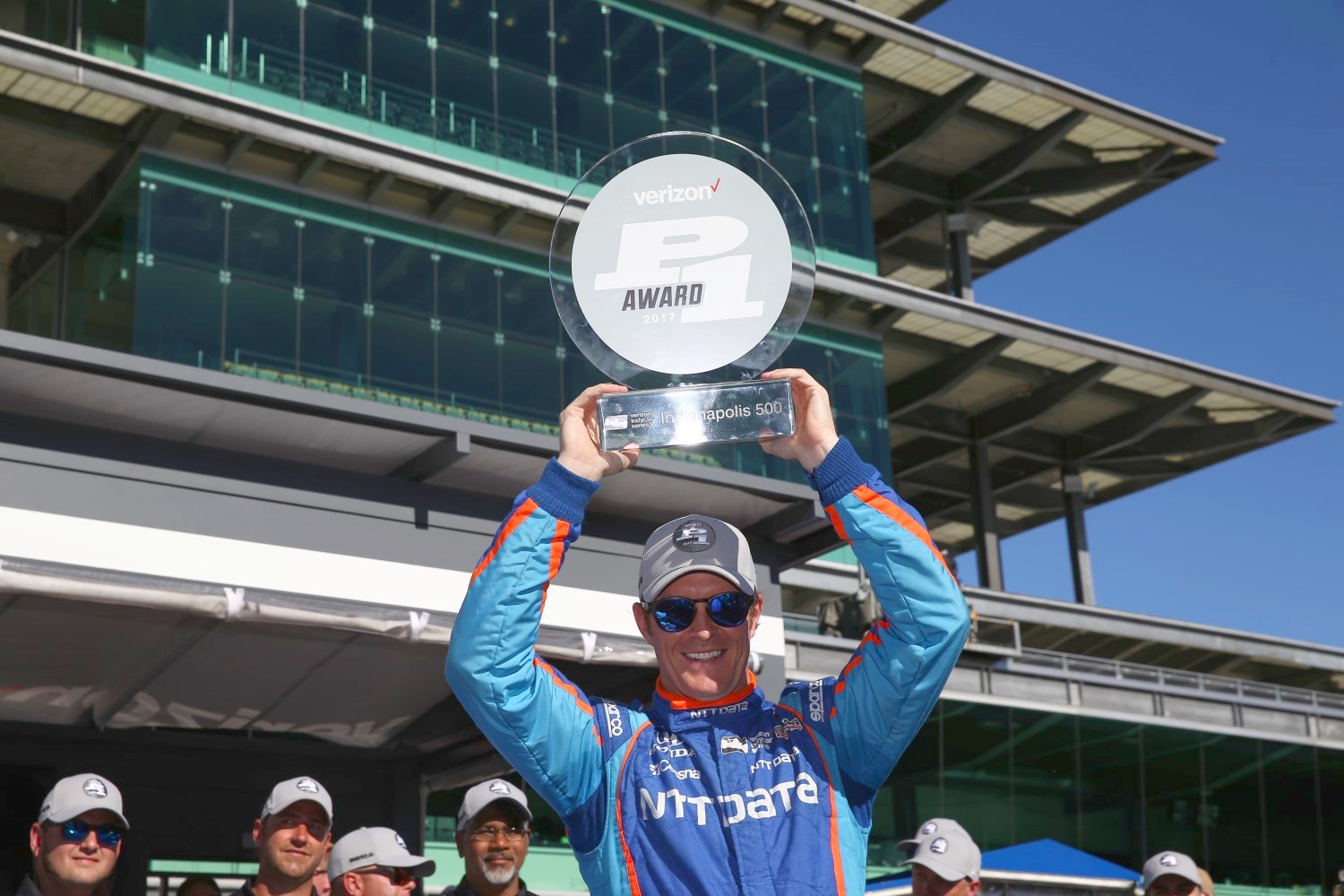 Scott Dixon, the pole sitter for Sunday's 101st Indianapolis 500 and 2008 winner of the race for Chip Ganassi Racing, will be the subject of a feature-length documentary co-produced by GFC Films and United Pictures Home Entertainment.

The documentary, yet untitled and scheduled for release in 2018, will focus on Dixon's dedication, success and will to defy personal limitations in his racing career. Dixon has 40 career Indy car wins, fourth on the all-time list, and is a four-time Verizon IndyCar Series champion.

"To see his name near the top of the all-time winners' list is a testament to the man," team owner Chip Ganassi at today's announcement said. "Someone needs to know that story and I think we're very fortunate to have the people interested in making this a documentary."

Filming will take place at the Indianapolis 500 and other Verizon IndyCar Series events, as well as with CGR's successful sports car program, of which Dixon is a part at endurance races including the legendary 24 Hours of Le Mans.

"I feel very fortunate," Dixon said. "I'm very passionate about racing, I love driving cars, I love racing and I love racing with the best team in the world. I'm lucky enough to do Indianapolis 500s, INDYCAR races, going to Le Mans.

"I think the story with what we do and how we do it, and a lot of people don't get to see behind the scenes with big races like the Indianapolis 500 and Le Mans. It's going to be really cool. I feel very proud and very special to be a part of it."

Matthew Metcalfe, whose credits include the soon-to-be-released "McLaren" and "Beyond the Edge," is the Dixon documentary's producer. Metcalfe stressed that the documentary will reach into the emotional aspects of the sport that make racing what it is.

"That's what this film is going to be about," Metcalfe said, "the will to win, the drive to win, about guts, determination and just sheer hard work."

"McLaren," the incredible true story of motorsports legend and engineering visionary Bruce McLaren, will make its U.S. premiere in a special screening for motorsports VIPs tonight at the Indiana State Museum in Indianapolis.

The eagerly awaited film recounts the New Zealander's life from humble beginnings at his father's auto shop in Auckland, to revolutionizing Formula One racing by becoming the youngest driver to win am F1 race, to his death at 32 in a racing accident. Featuring interviews from his closest friends and family members, the documentary is an unprecedented window into the life of a true genius.

The film's rollout will continue with the premiere in Michigan's Henry Ford Big Screen Experience at Cinetopia Film Festival on June 2. Additional targeted events across the country are being planned throughout the summer, with a digital release scheduled to launch after the Pebble Beach Concours d'Elegance in August.