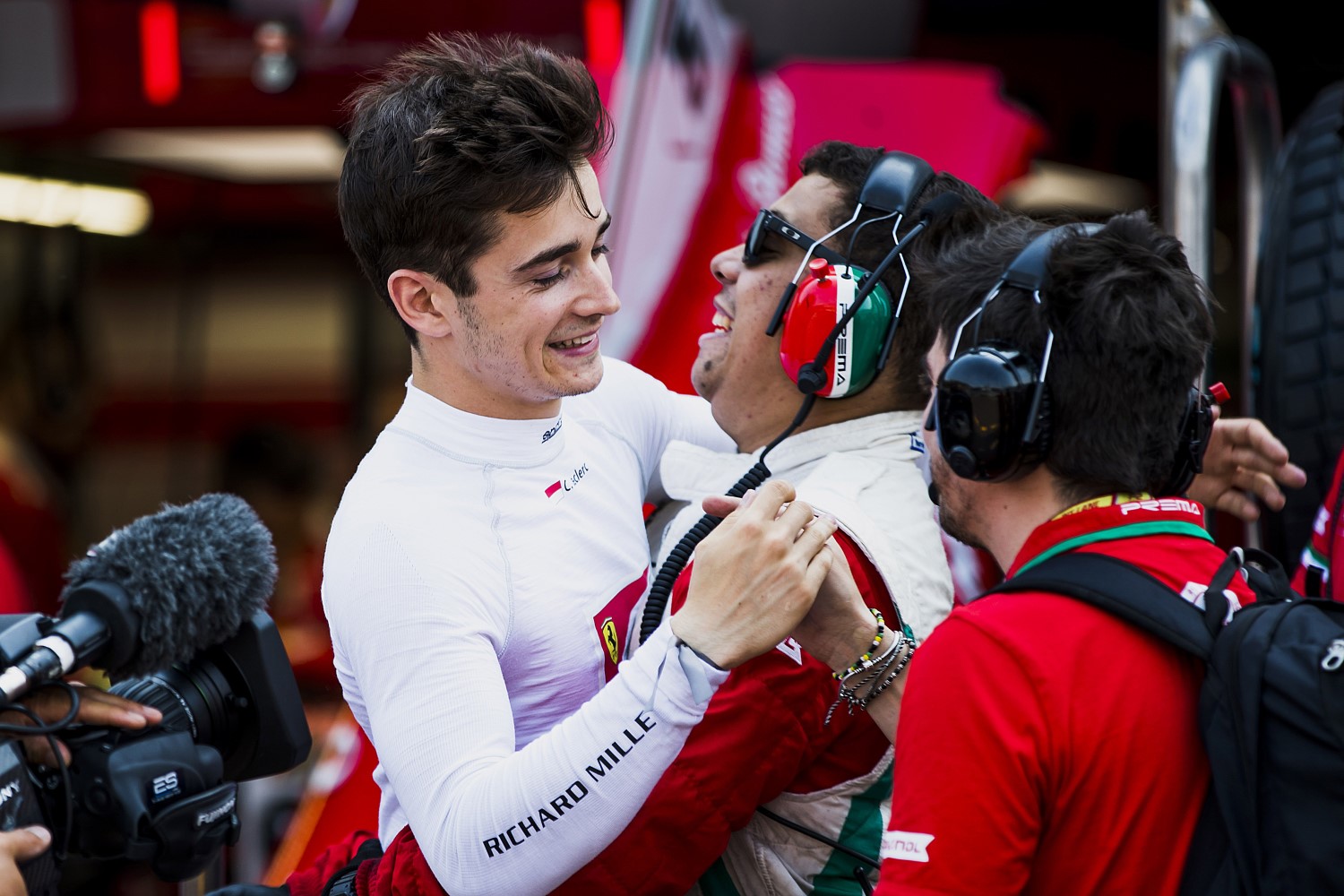 Charles Leclerc has delighted his local fans by grabbing provisional pole in a dramatic split qualifying session this afternoon at the Grand Prix de Monaco, leading the way in Group A ahead of Oliver Rowland before watching Group B from the pits as Alexander Albon headed the second group but missed the Monegasque’s time by just one hundredth of a second.

The sun emerged between free practice and qualifying, and with it the track temperatures increased to 40Ëš ahead of the start of Group A’s 16 minute session, with all of the odd-numbered cars heading straight out on track. Leclerc made the first competitive time at the 4 minute mark before being usurped by Sergio Canamasas and Nobuharu Matsushita, but with 2 minutes remaining the local driver reclaimed the top spot with a time of 1:19.309, ahead of Rowland and Matsushita.

A big lock up at Ste Devote next time through put the brakes on any improvement on his last lap, but with Matsushita jumping the kerb out of the Swimming Pool complex and finding the wall the session was over for everyone just before the clock wound down to zero.

The even-numbered drivers in Group B were out mere minutes later, and they had the advantage of a target: Sergio Sette Camara set the first competitive time before being pushed off P1 by Artem Markelov and then Albon, with the Thai driver improving on his own best lap with 3 minutes remaining for a time of 1:19.321. Markelov and Albon both pushed hard on their final lap, setting the fastest first and second sectors respectively, but traffic meant that they were unable to improve on their times, with Norman Nato finishing third behind them in the second group.

With pole going to the fastest driver over both groups, Leclerc had done enough to hold off his GP3 rival for his third pole position in a row ahead of Albon, Rowland and Markelov, with the grid formed of the 2 groups lining up side by side, with Nyck De Vries to lose 3 places from his Barcelona sprint race penalty for tomorrow’s feature race.