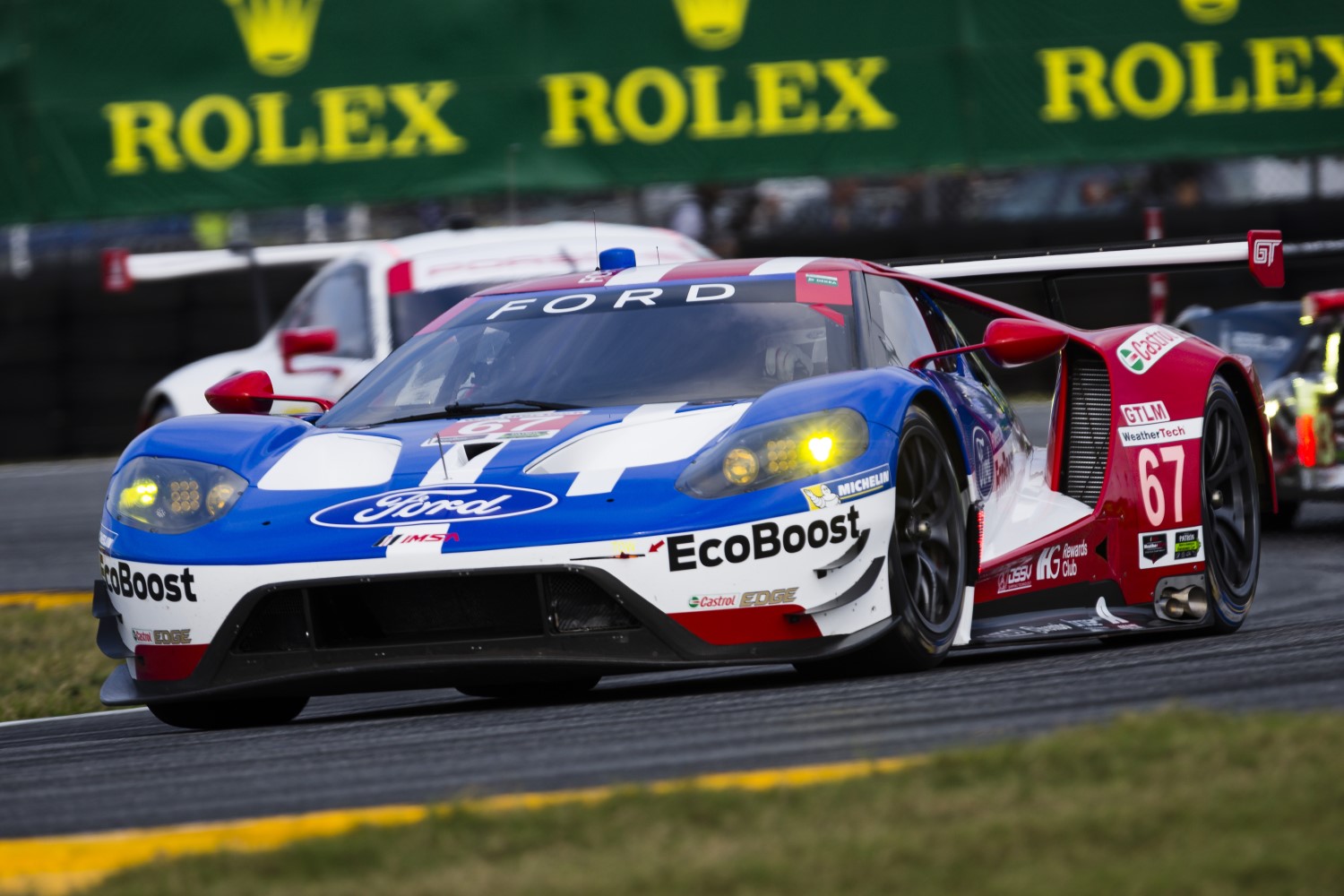 The performance of the Ford GT has been pegged back ahead of the test day for the Le Mans 24 Hours at the start of next month.

Ford, which won the GTE Pro class at Le Mans last year, has received a double hit in the pre-test Balance of Performance, while rivals Aston Martin and Chevrolet have been given performance breaks.

The Ford will run at the test on June 4 at 1268kg, 20kg up on the weight at which it raced last year, and has also had its power reduced with a revised turbo boost curve.

The Chevrolet Corvette C7.R had received a 0.7mm increase in restrictor diameter.

The Ferrari 488 GTE, which finished second in class last year with Risi Competizione, is unchanged, because it is the car that the rule makers have chosen to balance the other competitors against.

The FIA and Le Mans 24 Hours organizer the Automobile Club de l'Ouest have reserved the right to make further changes before and during race week.

John Gaw, managing director of motorsport at Aston Martin's Prodrive team, told Motorsport.com: "We've got the BoP and we are happy with the process that the FIA and the ACO have taken.

"We are confident that it will be correct on race day."

The BoP for Le Mans this year is not part of the automatic system introduced for the rest of the World Endurance Championship.

The performance of the cars is adjusted for the six-hour races, starting at the Nurburgring in July, according to a new logarithm into which data from the previous races is fed.

Le Mans is treated as a special case courtesy of the unique demands of the 8.47-mile Circuit de la Sarthe.

The 10kW power hike, equivalent to 13.5bhp, for all GTE Pro cars introduced at the start of the 2017 WEC season, has been removed for Le Mans as part of the balancing process. Motorsport.com