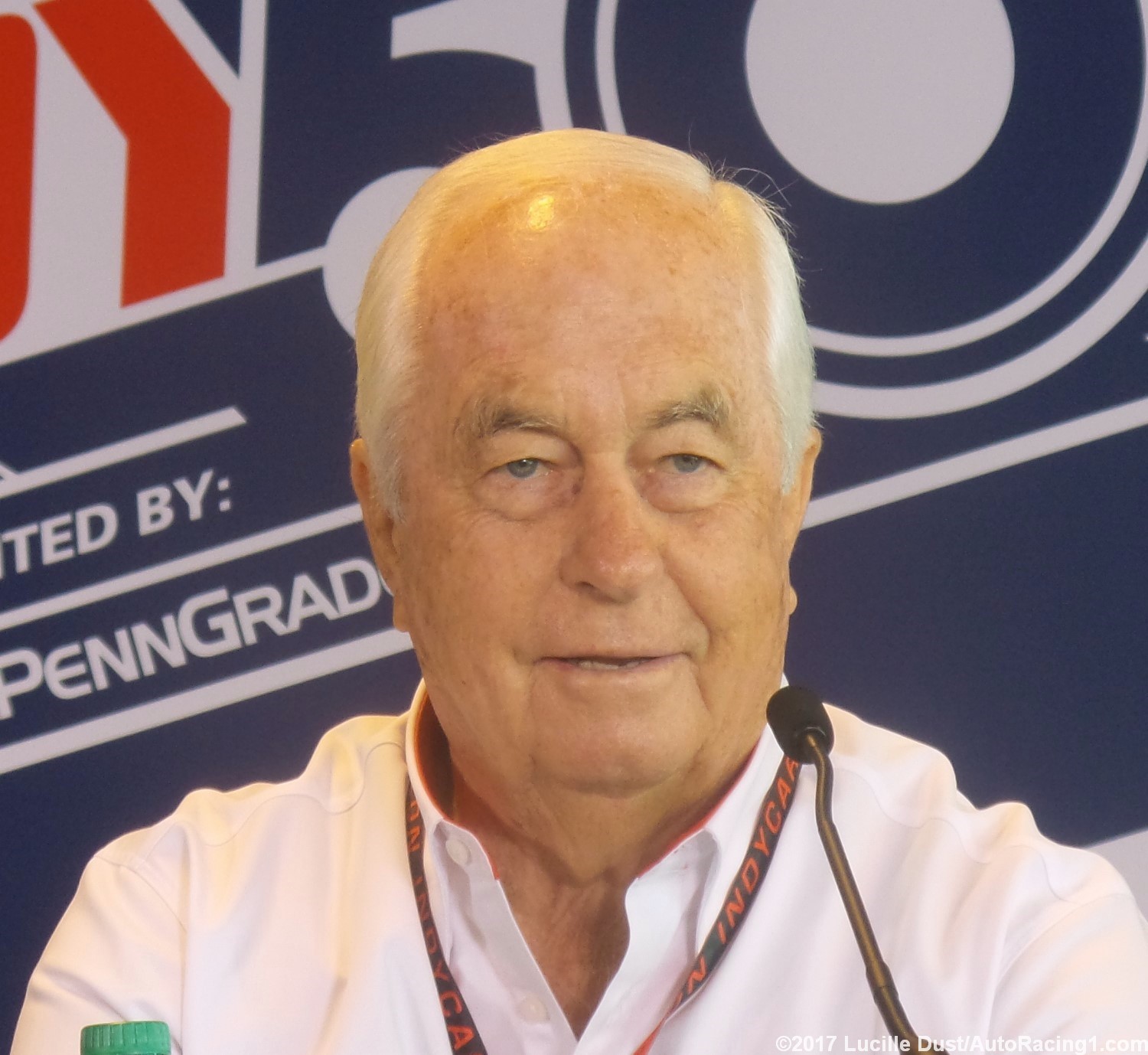 It has been 51 years since Roger Penske entered a racing team in the 1966 24 Hours of Daytona. Since then, Team Penske drivers have captured 16 Indianapolis 500s, 11 ahead of the next owner. They've won two Daytona 500s, a NASCAR Cup Championship and 29 national titles in all. And Penske, now 80, has translated his racing successes into a template for his diverse business ventures.

As a young man, he bought, raced and sold race cars and did well enough on the track to be named Sports Car Club of America's Driver of the Year by Sports Illustrated in 1961. But Penske soon would make a decision that would change his life, that of another driver and indeed the history of auto racing.

Keith Crain: You didn't come from a racing family, did you?
Roger Penske: No, not at all.

KC: That's not all you caught.
RP: When I was in high school, I worked for Jaguar Cleveland — I was 15 — just so I could drive the cars around the lot. In those days, I think I was the mechanic, but all we did was wipe them down and deliver them. So things have sure changed in 2017. I was struck with a bug about automobiles and certainly racing has been a common thread.

KC: How did you personally get involved in racing? Your dad, who I was lucky enough to meet, wasn't involved in any of that stuff. He was a businessman.
RP: Well, I …

KC: Did you steal the Jaguars off the lot?
RP: No, I didn't steal them. I remember I took my grandmother's car and got caught by the cops. That happens to all of us at one point, but no, it was really my love of the automobile.
I started buying and selling the cars when I was in high school and had a driver's license. When I went to Lehigh [University in Pennsylvania] I had a little garage off campus and I think I spent more time in that garage than I did in the classroom. But I think it's paid off.

KC: Where were you racing those while at Lehigh?
RP: I was racing them in the Reading hill climb and then I remember I bought a Corvette, a '57 Corvette. Some of you might have known the fuel-injected Corvette. It was a competition model and I had to get it on a GMAC plan. What do you think about a race car on a GMAC plan?
I was racing it in Marlboro, Md., and blew it up. And I said, "How am I going to get it back to school?" And then I had to make my payment at the end of the month.

KC: So did you take the car into your local Chevy dealer to try to get it fixed under warranty?
RP: No I didn't, but fortunately I knew the Chevy dealer and he helped me. I had to get a tow truck down to Marlboro, pick it up, and drive it up myself. So those are some early times that you never forget.

KC: You jumped in pretty heavy, if you started with a Chevy fuel-injected '57.
RP: A '57 Corvette. It was a competition model, and they had B production.

KC: From a dealer?
RP: From a dealer, and B production. Today, many of the cars that we're selling have models with which people can go into IMSA and the other forms of racing and have quite a career. So we started that, really, back in the '50s.

KC: Where did Nassau Speed Week fit in?
RP: Nassau, of course, they used to have at the end of the season and we'd go there and race. That was always fun. Unfortunately that race is over now. We race in Daytona instead.

KC:
Sports Illustrated named you the sport car driver of the year in 1961. Was that before you got involved with the dealership, or after?
RP: I have to step back. I wanted to be a dealer and one of the things that General Motors came to me and said was that they had restrictions on certain things. They said if you're going to be a dealer, you can't be a race driver.

KC: Really?
RP: I had to make a decision — to be a race driver or be a car dealer.

KC: So you picked race driving?
RP: No, I picked car dealing. I think I did the right thing.

KC: Didn't you have a chance to race at Indianapolis?
RP: I had a chance to take my driver's test at Indianapolis [in 1965] and had to turn it down because of my job, and guess what, Mario Andretti took his test. He went in one direction and obviously I went in another.

KC: Through racing you got to be friends with [former GM President] Ed Cole, and [legendary GM design chief] Bill Mitchell, and eventually got an opportunity to open your own dealership.
RP: And leave Philadelphia. Well, that was absolutely true. I was doing work for Chevy and racing and had the chance to become a dealer. Those partnerships and those racing relationships opened up doors for me, not only with the U.S. manufacturers but in Europe, the manufacturers that we do business with today through our dealership group.

KC: Did you start your racing team then when you were no longer a driver?
RP: It was a couple years later, because I really needed to have my nose on the grindstone. Elmer Bradley, who was the vice president of marketing for Sun Oil Co., came in to buy a Corvette one night at the dealership and as I was closing him I said, "Wouldn't it be a good idea if Sun Oil sponsored a car in the Daytona 24-hour race?" And I think the sponsorship turned out to be $3,500, and we put a SUNOCO 160 sticker on a red Corvette and it went to Daytona. So that was really the start of the team 50 years ago.

KC: You'd been kicked out of the driver's seat. You couldn't drive anymore.
RP: Correct.

KC: So you had to find a driver.
RP: Correct.

KC: How did you know Mark?
RP: I met Mark just at Lime Rock Park when he was racing and was introduced to me. He won the Indy 500 for us in 1972, and you know his technology, bringing that to sport, has made a whole difference.

KC: He was an engineer.
RP: Yes. He had an analytical approach to racing. Today it's not the guy with the biggest right foot.
It's the one that thinks, understands, can communicate to the engineer and give you the feedback that you need in order to set up your car, because you're running on an edge every lap.

KC: Something I don't understand. One of the things that I've admired about you is you've won the Indianapolis 500 17 times.
RP: Sixteen.

KC: OK. I'll be there. Does that help you sell cars?
RP: I hope it does. I keep telling all of my people when I'm spending the money to go there that it has got to help, but …

KC: Then why don't you take more advantage of it?
RP: Let me say this: When you think about your car leading the Indy 500 for 10 laps, 15, 20 or 30, and the amount of publicity and notoriety that you get, you know, on national television, it's helped us, obviously, build our brand. It has become this common thread through the company that shows execution and teamwork, integrity, all the things that I stand for and our company does, so to me it's given us a great competitive advantage. Autonews