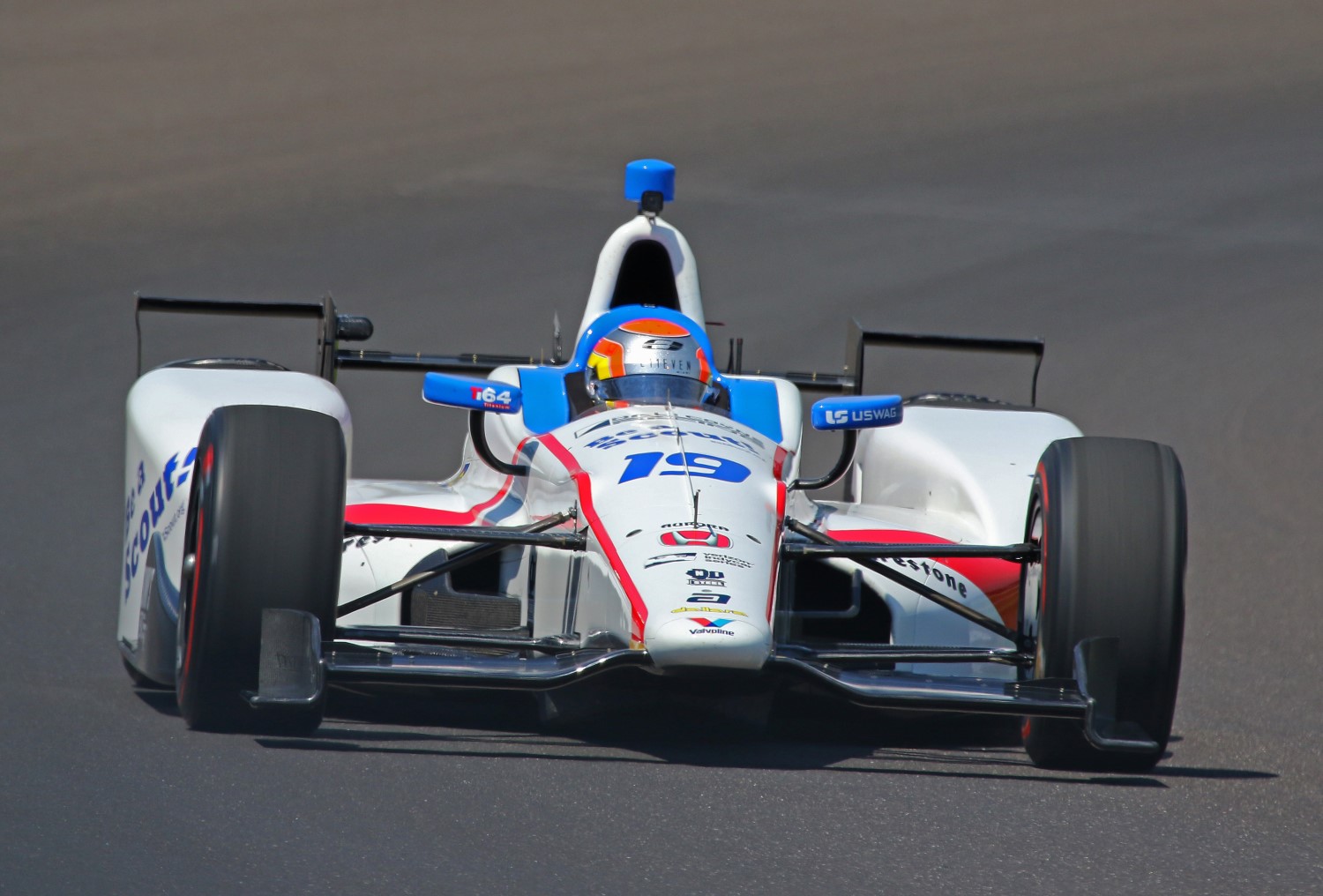 Indianapolis, IN – Rookie Ed Jones put in an outstanding qualifying performance on Saturday during the first day of qualifying for the 101st Indianapolis 500 by placing 10th, missing out by just 0.141 seconds on the Top nine and a chance to go for pole position on Sunday.

The rookie remained in the top nine throughout the majority of the qualifying session but was bumped out by the second to last driver to take to the track for his qualifying attempt.

Jones put in a four-lap average of 229.712mph over the 10 miles around the famed Indianapolis Motor Speedway, only 0.207 mph behind the ninth place car of Marco Andretti.

Both Jones and Pippa Mann will be back on track tomorrow to determine their place within the 10th and 33rd positions on the starting grid.

Dale Coyne Racing driver Sebastien Bourdais made contact with the wall on his third lap of his qualifying attempt. For an update on Bourdais medical condition click here

The final qualifying for this year’s Indianapolis 500 will take place from 2:45pm ET tomorrow and will be broadcast live on ABC.

What they have to say (quotes collected upon exiting the car):

Ed Jones – #19 Boy Scouts of America Honda
“It was fantastic. It’s amazing to be here, there’s a great crowd here. It’s a shame about the rain delay, but you know it’s always nerve wracking with oval qualifying. My first for the Indy 500 even more, so having that five-hour rain delay made it a million times worse. It’s great to get it over with, but I enjoyed every moment out there. The car was right on the knife edge, and yeah it was thrilling to do it. With qualifying you’re going out there on a different day, you haven’t been practicing on the same day so the conditions are always different, especially with the rain. You don’t know what to expect, but you have to just keep it flat and hope for the best."

Pippa Mann – #63 Dale Coyne Racing Honda
“You know we just had a really tough run. We tried to make a couple of changes over night. Unfortunately we just missed a little bit, but we will go back look at the data and work very hard and try to fix it for tomorrow. It makes me wish I had done a better job in qualifying, but tomorrow is the one that really matters."