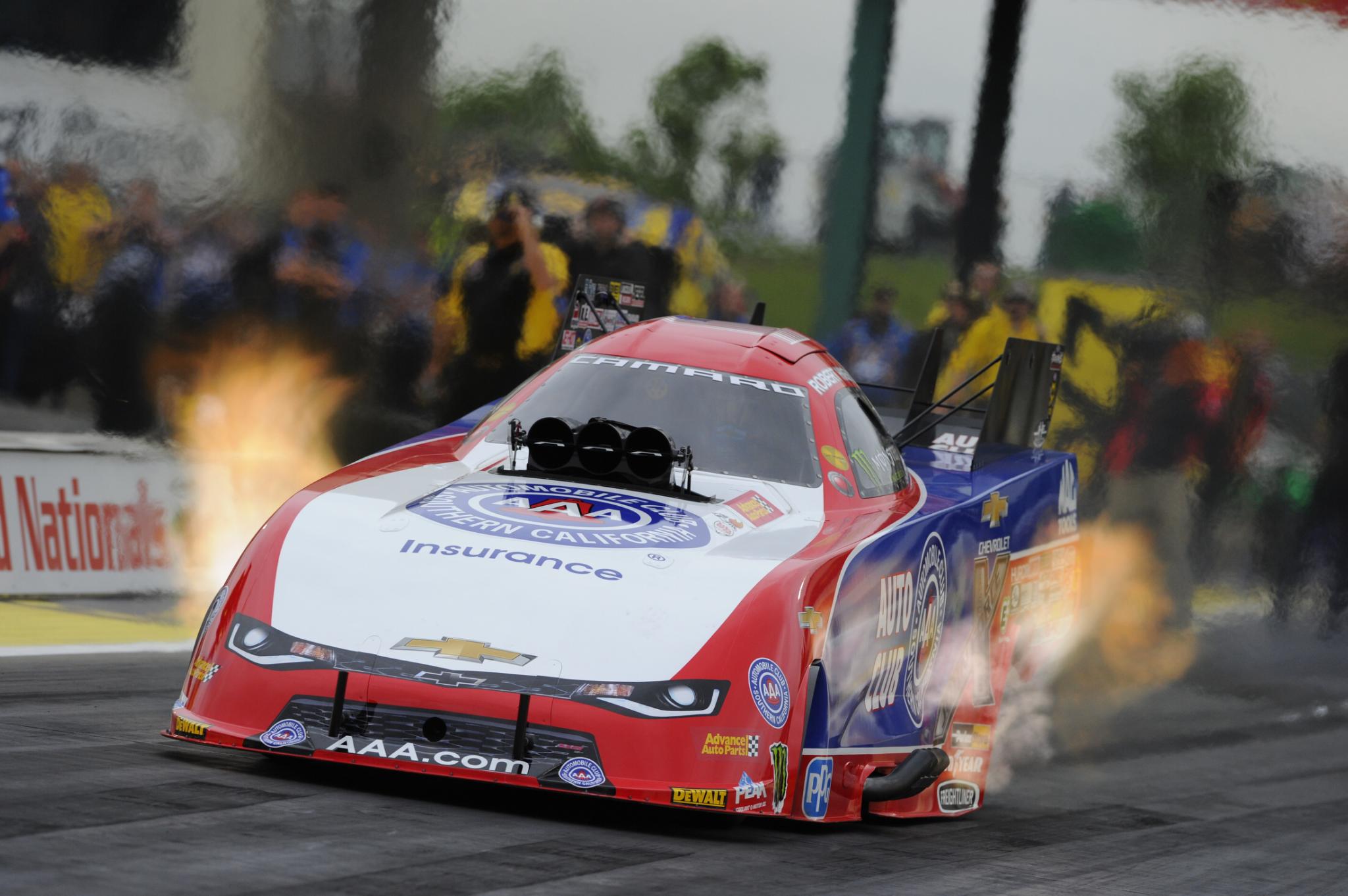 Robert Hight is the current No. 1 qualifier for Funny Car after only one qualifying session due to inclement weather at the Menards NHRA Heartland Nationals presented by Minties at Heartland Park Topeka.

Hight powered his Auto Club of Southern California Chevrolet Camaro SS Funny Car to a 3.826-second pass at 337.66 mph to set the national speed record for the category during the lone qualifying session of the day.

Torrence leads qualifying with his run of 3.682 at 328.54 in his Capco Contractors dragster, while Butner holds the Pro Stock top spot after running a 6.613 at 207.78 in his Jim Butner Auto Chevrolet Camaro. He most recently won at Atlanta and is currently second in points.