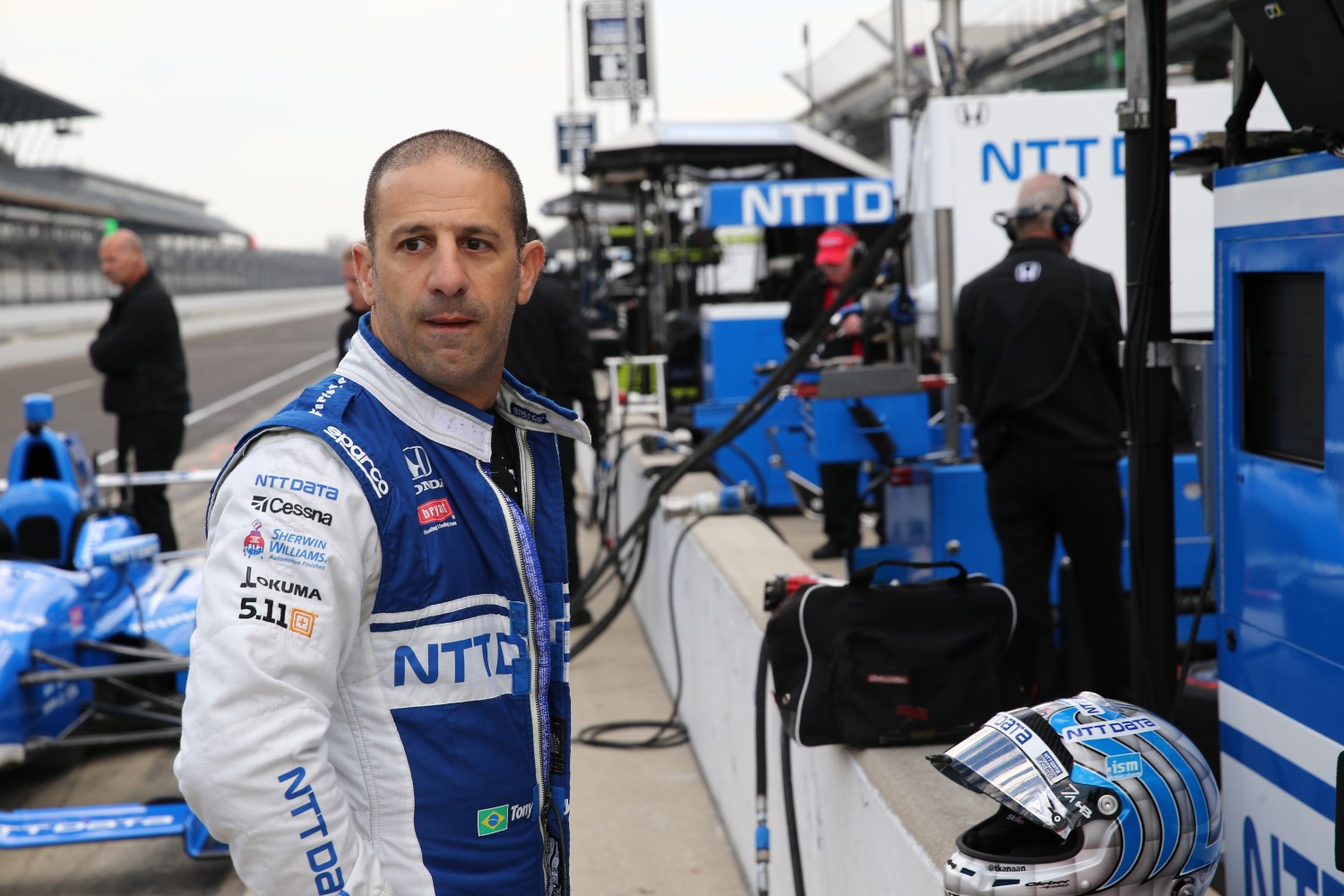 After Honda pretty much put a whooping to the Chevy teams on superspeedway’s last year, I think with the aerokit freeze in the offseason as well as the addition of Chip Ganassi Racing too, everyone pretty much assumed this year’s Indianapolis 500 would be won by one of the four Ganassi drivers.

They had a distinct advantage right? They obviously were well aware of where Chevy was lacking on the superspeedway side of things since they were on that side last year. Now, they get the Honda information and should maximize knowing the secrets from both sides.

Instead, they’re having a difficult time finding the correct balance to contend.

On Monday, they had great pace, but they weren’t running for speed though. Most of the teams yesterday were just going through their checklists and getting their cars fine tuned for the rest of the week. Today, well that was a day where teams began race setup work.

After six hours of practice, the Ganassi guys aren’t happy where they stand yet.

“I think all in all, we weren’t really happy with the car in these conditions today, to be honest," Scott Dixon said after Tuesday’s practice session. “We were mainly focusing in on racing running, but we still have some work to do with the rear of the car. It’s just not where we want it to be so we’re going to focus in on that and try and make it better for the No. 9 team tomorrow."

“The conditions were pretty windy today, so we spent a lot of time watching how the No. 10 NTT Data Honda reacted to less than ideal conditions," Kanaan said of his day. “For the most part, we worked on race setup during the session and obviously didn’t get the speeds we were hoping for today. Even though we weren’t where we wanted to be at the end of the session, I think we got a lot out of today’s practice in terms of data and direction for tomorrow."

They’re taking the right approach. The Indy 500 isn’t won on the second day of practice. The team knows right now where they’re lacking and they’ve got a plan for Wednesday on hopefully how to fix it. Right now, they know the data that they have won’t work for next Sunday’s race. They realistically have all day tomorrow and a half day Thursday to figure it out.

Normally, teams switch to qualifying trim on Thursday afternoon, then all day Friday they have qualifying boost levels, so race trim is irrelevant. They don’t get the race levels back until Monday.

“I think we’re all struggling a bit with the package today for some reason," Max Chilton said. “We didn’t change anything from yesterday. Now we are starting to change everything to find something that works. We’re making changes, going out, coming back in, and so on. It just goes to show you that every day is different, and what challenges the speedway presents each time around. Sometimes the car just doesn’t feel right around here, but you have to just keep going to figure it out and find out what the problem is with the car. No one seemed to be really fast today and maybe that is because of the heat, but we’ll keep moving forward toward tomorrow with the Gallagher car.

The fourth Ganassi driver in Charlie Kimball is the only one on the team that sees some positives so far. He’s got good input too, because he has two straight top five finishes here.

“Overall another decent day of work for the 83 crew," Kimbal said. “We ran a couple of sets of new tires and we ran a little bit in traffic. I’m definitely happier with the car working toward qualifying trim on our own as we trim downforce out of it. The car feels pretty good there. I think we found some things that definitely stabilized and worked on some of the problems I was having last night. I feel good about those improvements. We still have a little ways to go in traffic – we just can’t run as close to the other cars as we need to be to be able to run up front and pass when we need to."

If you’re a fan of Ganassi, head out to IMS on Wednesday, you’re going to see a lot of running among those four cars in practice. Racereviewonline