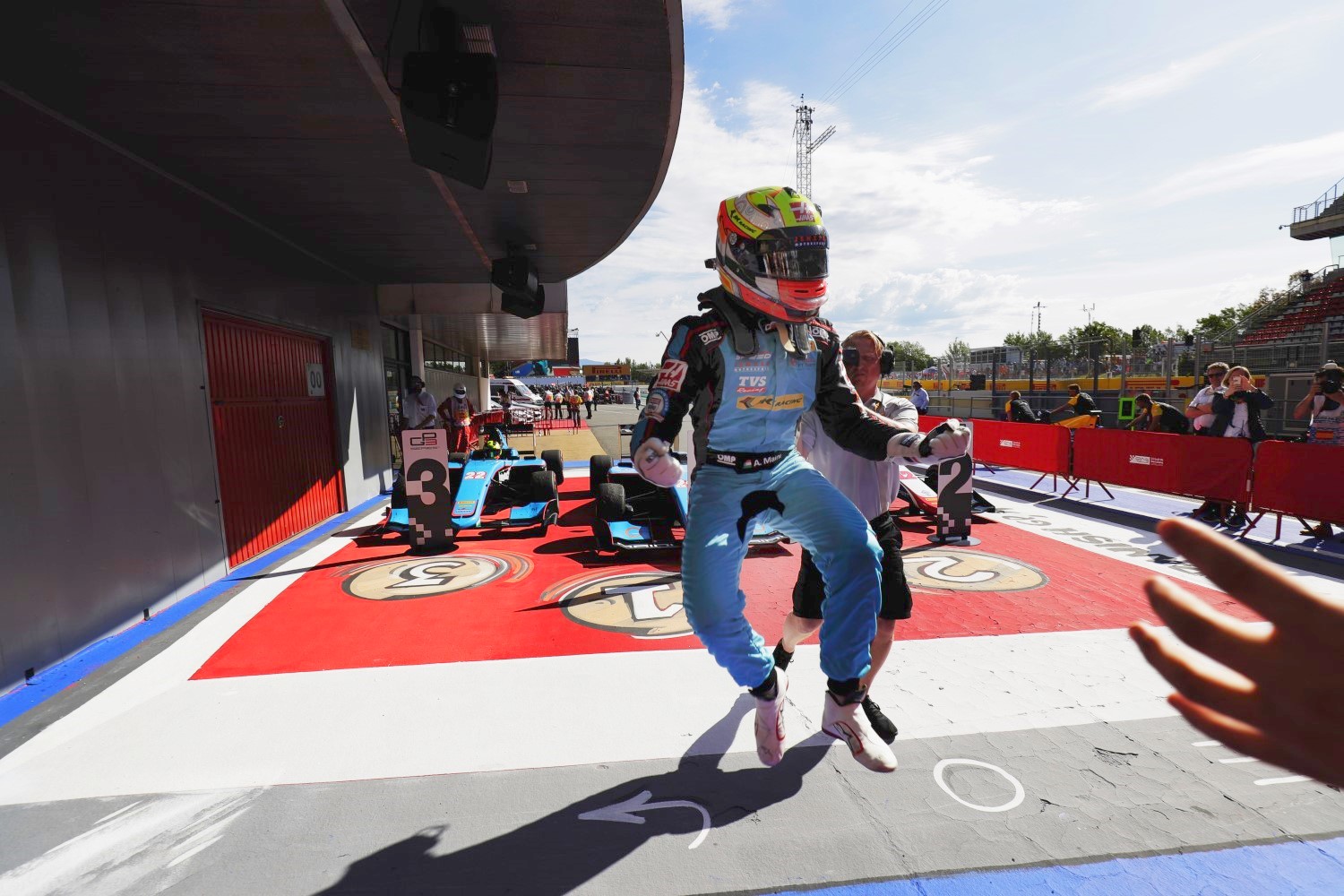 Arjun Maini has dominated this morning’s race 2 at the Circuit de Catalunya-Barcelona, easily grabbing the lead into turn one when the lights went out before leaving his rivals floundering with a mature and impressive sprint all the way to the flag to win by 6 seconds from Dorian Boccolacci and Alessio Lorandi.

The victory was set up at the start, which opened under clear but cool conditions with the grid lying in the shadow of the giant front straight stadium: poleman Raoul Hyman made a poor getaway with Boccolacci in P3 making a strong start but being stuck behind the South African, handing Maini a clear run to the first corner. The Frenchman pushed the Indian hard for the lead but Maini was equal to the challenge, while behind them Hyman was looking in his mirrors at the coming menace of the ART threat looming there.

Anthoine Hubert soon disposed of Hyman and was looking to get into the mix of the fight for the lead, but in front of him Maini and Boccolacci were running side by side all around the circuit, which was only resolved when a small touch saw the Frenchman stumble, falling back towards his countryman and allowing the Indian to scamper away.

Further back and Lorandi was on a charge: the Italian was repeating his impressive speed from yesterday’s race to easily dispatch Hyman before focusing on Hubert, easing by the Frenchman at turn 1 with 5 laps to go and was looking towards Boccolacci, although he was running out of time to make a real challenge.

At the flag all the applause was for Maini, who celebrated his new alliance with Haas F1 by bringing home Jenzer’s first win since 2012 and easily dominated his rivals all race long. Boccolacci held off the Lorandi charge to grab P2 by a second, with Hubert joined in the closing stages by teammates George Russell and Nirei Fukuzumi, with Hyman holding on for P7 ahead of Santino Ferrucci in the final points position.

Fukuzumi leads the drivers’ title fight after Round 1 on 29 points ahead of Lorandi on 25, Maini on 21 with Boccolacci, Russell and Hubert all on 20 points ahead of Leonardo Pulcini on 18, while the teams’ fight has ART Grand Prix stake an early lead on 73 points ahead of Jenzer Motorsport on 46, Trident on 20 and Arden International on 18 points ahead of Round 2 of the series at the Red Bull Ring in Austria.